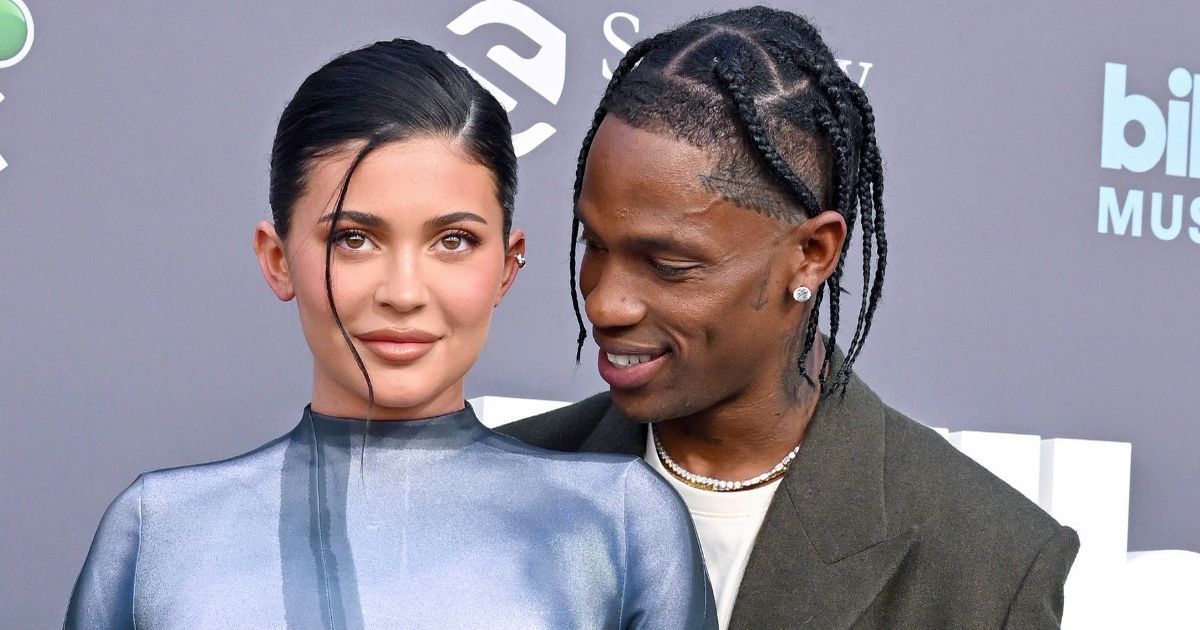 Travis Scott shared a throwback shot from girlfriend Kylie Jenner’s famous 2019 Playboy shoot, in which she posed naked against the rapper 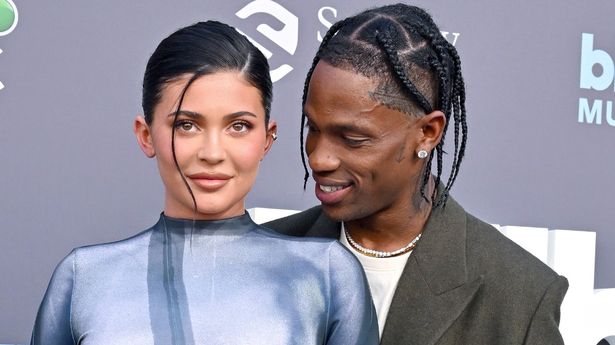 Kylie, then 22, appeared naked caressing Scott with her curvy behind facing the camera as he placed his left arm on her shoulders.

All that protected the makeup mogul’s modesty, meanwhile, was her long raven hair flowing down to her lower back – and a cream-coloured cowboy hat.

Accompanying the shoot, which was directed by Travis himself, Kylie gave an interview where she discussed sexuality and motherhood.

The imaged shared by Travis Scott to Instagram, which the rapper has since removed

Kylie Jenner caused quite a stir in September 2019 as she posed for her first-ever Playboy spread at 22-years-old. The shoot was directed by Travis and he also conducted the star’s corresponding interview

Instead, the television personality celebrated being “sexy” as well as a “bada**” mother.

She said in the Playboy interview: “You remind me that motherhood and sexuality can coexist and just because you embrace your sexuality doesn’t mean you have loose morals or you’re not a good mother.

She also told readers that she ‘never thought I would pose for Playboy’, but after Travis presented the idea to her and that he ‘would be behind the cover and creative direction and be in control of the images’ – she thought it would prove a ‘perfect fit’.

Travis appears to have caught the lovebug in recent times posting rare displays of appreciation for his on-off partner of five years.

Earlier in the week the 31-year old snapped the mum-of-two from behind as she appeared to cook him a meal to mark Father’s Day.

The 24-year-old wore a white tank top and a pair of tie-dye jeans that showed off her curves in another since-removed snap.

Kylie shared a rare snap of her son, who has not been named publicly, on Father’s Day

She uploaded a photo of the musician lying on the bed eating a bowl of noodles while their four-year-old daughter, Stormi Webster, was fast asleep next to him.

Alongside the image, she wrote: “Happy father’s day daddyyyyy we love you,” to which Travis gushed back: “LOVEEE YAAA,” replacing the ‘O’ with love hearts.