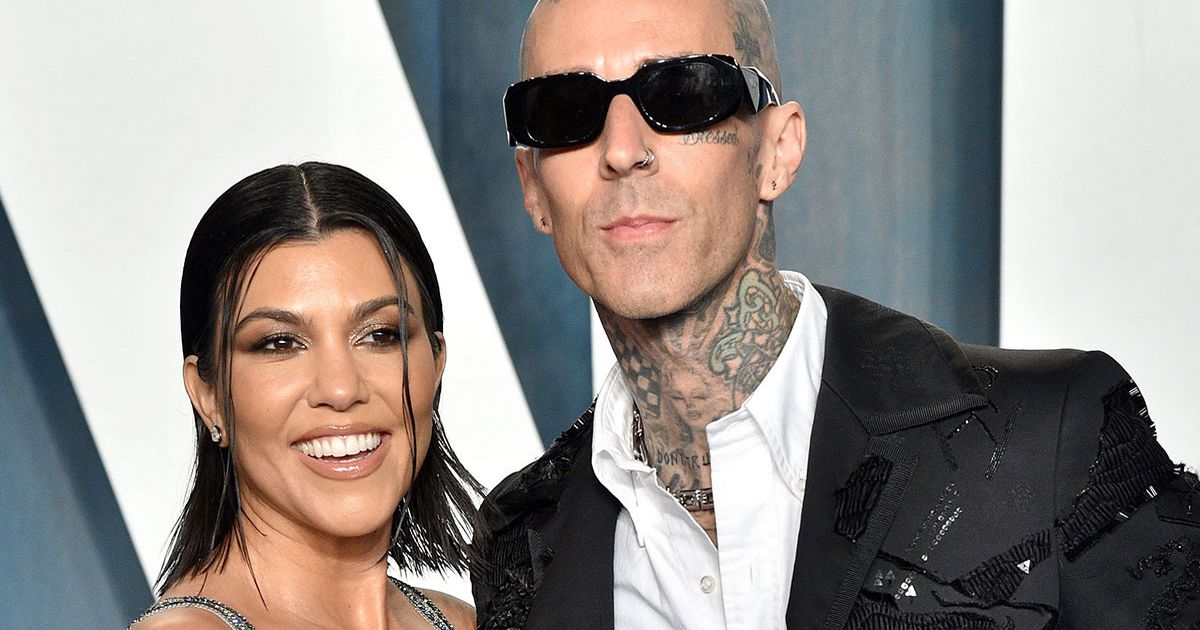 Renowned over-sharers Blink-182 rocker Travis Barker and reality star Kourtney Kardashian have revealed the latest way they are keeping the sparks alive in the bedroom…. 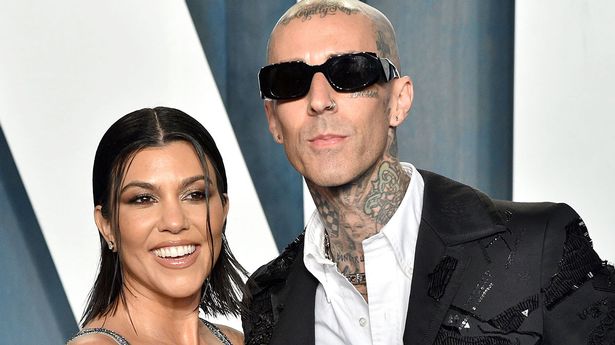 The Blink-182 rocker took to his Instagram Stories to share a snap of Kourtney’s cream-coloured thong laid out on the bed.

It had cute little flowers stitched on it as well as his first name beautifully written in blue.

His wife Kourtney reposted the photo onto her Instagram page too.

Instagram followers of both Kourtney and Travis wouldn’t have been surprised by the sexy shots shared online.

The couple, who got married in Italy at the end of May this year, are big fans of sharing saucy snaps of themselves.

His name was stitched on the underwer

The two are no strangers to sexy posts

They are also known to pack on the PDA in front of paparazzi and at home in front of family – as seen in some episodes of The Kardashians.

It got to a point where some fans even begged Travis to stop sharing risque comments every time she posts a photo.

Kourtney had posted several photos of herself in a short black skirt, lacey black bra, black suit jacket and heels on Instagram.

She completed her elegant look with a black sparkly handbag, which replicated the shape of a human heart.

Kourtney, who is pretending to be on her mobile phone in the first photo, wrote the caption: “Hi yes this is Mrs. Barker, how may I help you?” along with a phone emoji.

She also shared snaps of herself in the black skirt and lingerie, while also posing at different angles in a mirror for other images.

However, it was Travis’ comment to the post, which read: “I got a few ideas” followed by an emoji of a person raising their hand, that annoyed some of her 182 million followers.

One follower replied: “You give me creepy vibes. Please stop.”

She has opened up about their affection before

Another wrote: “You two are so gross, she’s ruined.”

A third person posted: “For the love of God, stop. I’m begging you more than Penelope at this point. It’s gives me the same vibe as old peoples skin”.

Kourtney previously touched upon their over-the-top displays of love during an episode of the family’s reality show.

The mum-of-three told the cameras in an episode that aired in April: “Kissing and hugging is not a bad thing.

“I’m actually grateful my kids can see a loving affectionate relationship because they haven’t seen that their whole lives.”