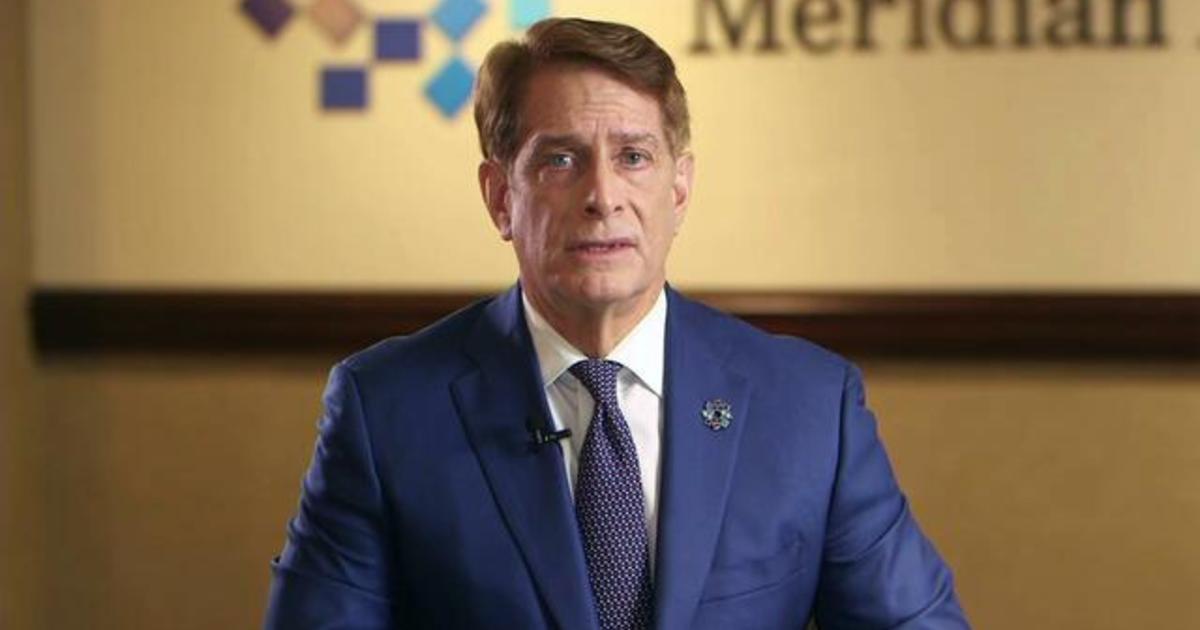 The following is a transcript of an interview with Robert Garrett, Hackensack Meridian Health CEO, that aired Sunday, December 13, 2020, on “Face the Nation.”

MARGARET BRENNAN: Welcome back to FACE THE NATION. Robert Garrett is the CEO of Hackensack Meridian Health, the largest health network in New Jersey. His group will receive the Pfizer vaccine tomorrow and will begin vaccinating health care workers Tuesday. He joins us from Hackensack. Good morning to you.

ROBERT GARRETT: Good morning, MARGARET. Thank you for having me.

MARGARET BRENNAN: Well, thank you for joining us. I- I know New Jersey has been hit very hard by COVID-19. The governor this morning said, “The next number of weeks are going to be hell.” That was his quote. How is your medical staff holding up? What is ICU capacity like?

GARRETT: Well, so far, MARGARET, they’re- they’re holding up well. It’s been- it’s really been a long haul since- since the COVID-19 pandemic hit us in in March. As we speak this morning, we are taking care of about 900 COVID-19 patients. We’ve seen over 22,000 patients since the beginning of the pandemic. And just to put it in perspective, in the middle of April, when- when we were at peak, there were nearly 3,000 COVID-19 patients that we were treating. We- actually that number decreased to about 50 at the end of the summer, and we’ve seen a steady increase to 900. Our ICU capacity is- is getting stretched. We still have some capacity. We still have some medical surgical capacity, and capacity in our emergency departments. Our- our biggest challenge now, MARGARET, is staffing because, you know, in- during the first surge, we were able to source staff from literally around the nation. But as you’ve been reporting, there’s a surge all over the country now. So it’s much more difficult to supplement our regular staff with- with additional staff.

MARGARET BRENNAN: And what is access like to some of the therapeutic drugs that have been developed since the spring?

GARRETT: The access has steadily improved. We’ve been doing clinical trials since the- since the beginning of the pandemic, but remdesivir as an example is- is much more readily available. Steroid treatment is available. Convalescent plasma therapeutics are also available. So, that has really helped us with this second wave and the second surge. So we’re seeing, you know, we’re seeing a different age distribution. So, there are younger people that are hospitalized, but they are recovering without having necessarily to utilize critical care. We’ve been able to prevent more people from- from going on ventilators. But, we also have more tools in the- in the tool chest with these therapeutics. They are definitely helping.

MARGARET BRENNAN: Well, one tool you’ll be receiving in the next 24 hours or so are these vaccine doses. And frontline health care workers, as you know, are going to be able to receive it. I’m wondering though, how do you actually execute that in your hospital? I mean, you’re describing a surge of patients. Your doctors are working round the clock. Can you take them off the clock to give them a vaccine?

GARRETT: Well, first of all, let me just say that we are really excited about making history here as we start to vaccinate the- the American people. I truly believe this is going to be the beginning of the end of this terrible pandemic. We’ve been planning for the vaccine arrival and distribution literally for months. We have a vaccine coordinator and a team that’s been appointed. They have been working out logistics, including obtaining the- the ultra cold freezers, working out a distribution plan to all of our hospitals. And you- you right- rightfully point out that staffing is the biggest challenge. But I have to tell you, I’ve been very inspired. We are getting volunteers, as an example, private physicians in the community wanting to help us vaccinate, retired nurses that are coming back to help us vaccinate frontline team members. And also, we’re working with our own medical schools. So medical students will be involved in the process, as well as nursing students from various nursing schools. And also our- our frontline team members, you know, they’ve been through so much, but yet they are willing, and this really inspires me, they are willing to come in on their day off to help vaccinate their colleagues.

GARRETT: So, we have a good team of vaccinators that will start.

GARRETT: We’re going to start by vaccinating team members that are- that interact directly with patients. That’ll include doctors, nurses, respiratory therapists, but it’ll also include people who support those frontline caregivers like environmental service aides and patient transporters. And we expect, based on the supply, that we- hopefully those frontline team members that I speak about, hopefully we will be able to vaccinate all of them over the next three to four weeks.

MARGARET BRENNAN: Okay. I know you also operate long term care facilities, nursing homes. CVS says they were told not to begin vaccination until December 21st, even though they received the vaccine before that. The Health and Human Services secretary told us that was all a big misunderstanding. What is the plan at your facilities? What is CVS telling you?

GARRETT: CVS is telling us and this is the latest information as of this morning, is that they will start to vaccinate our long term care residents the week of December 21st.

MARGARET BRENNAN: Okay. And do you have any idea why it would take that long, given that nursing home- you know, that the elderly are so vulnerable?

GARRETT: I don’t really because, you know, the CDC has clearly said that the- the first group that should receive vaccine are frontline health care workers and long term care–

GARRETT: So, I just assumed that that would start at the same time.

MARGARET BRENNAN: Alright. Thank you very much and good luck to all of your staff in- in the weeks ahead.