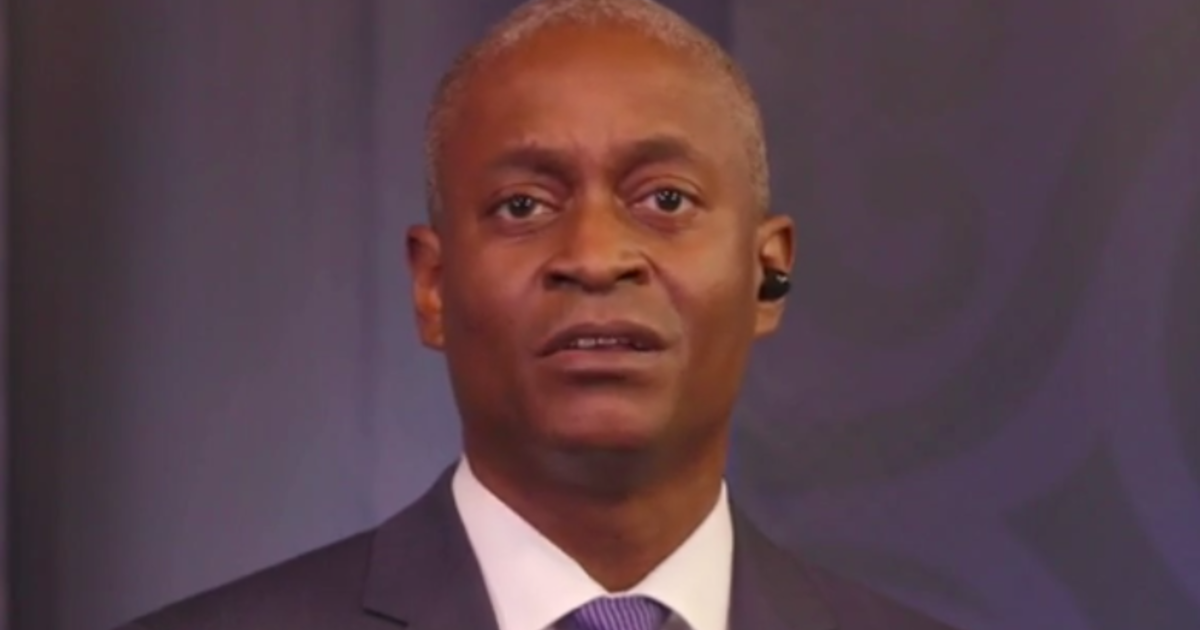 The following is a transcript of an interview with Atlanta Fed’s Raphael Bostic that aired Sunday, October 11, 2020, on “Face the Nation.”

MARGARET BRENNAN: We turn to the President of the Atlanta Reserve system. That’s Raphael Bostic. He joins us from Atlanta this morning. Good morning to you.

MARGARET BRENNAN: There was a front page story in The Wall Street Journal just yesterday that pointed to the South, the area of the country you watch most carefully, and said it’s been largely- largely unscathed economically by the pandemic. It’s got a 6.9% unemployment rate, the lowest of any region as of August. When you look at those numbers, does it vindicate the political decision by governors in the South to go ahead and reopen against the advice of health officials?

BOSTIC: Well, MARGARET, I don’t know that I would say vindicate. As Dr. Gottlieb was just saying, we’re still very much in the midst of this crisis. And one- one of the reasons I think that the South has benefited is because the virus came to us after it had been to California on the West Coast and New York. And so we had got to learn some things about how we might be able to operate and do our economics with the virus with us. And I think that has turned out to be something that’s been quite helpful.

MARGARET BRENNAN: Important caveat there. When you look at Atlanta in particular, I know you’ve pointed out recent interviews that eviction levels are higher than where they were a year ago. What are some of the indicators that you are watching that make you concerned rather than optimistic, as the White House paints us to be on a clear upward trajectory?

BOSTIC: Well, I’m definitely concerned, and I’m concerned because as I go around and talk to people and businesses in the district, what I see is two real stories going on. In some segments, the economy is recovering and rebounding in a very robust way. But in other segments, things like hotels and restaurants, small businesses in particularly minority and lower income communities, those places are seeing much more difficult situations. Now when- if you were to graph this, after the great decline that we saw in March and April, the recovery looks something like this where you have a number of sectors that are going up. This is what I call a less than sign. And in other instances, you’re not seeing any recovery at all. And so those segments where we’re not seeing that recovery, that’s really what I’m concerned about as we move forward

MARGARET BRENNAN: A dis- disjointed recovery is kind of what you’re sketching out there. You know, there was one number that I saw, I read about this week that really stood out to me. And I want to- I want to share it with you. And it paints this picture of white collar and working class America being a really different trajectories. According to the latest household pulse data, between seven and 11 million children in this country live in a household where children just didn’t eat enough because their household couldn’t afford it. This is the richest country in the world. We’re being told that the economy is recovering. This doesn’t say that to me at all. What does this indicate to you?

BOSTIC: Well, first of all, we have to recognize that- that the issue of food insecurity is something that we’ve had in this country for a long time. It’s not new, and it’s not just a result of the virus. But what the virus has done, it has put a wedge in our economy. And for all those who have been in less- in more precarious situations it’s made them even more precarious. And so those that are been in- those that have been in distress are in much more distress, while others are not really feeling that at all. And I think it’s important to recognize that whatever people are experiencing, there are a lot of other Americans out there who are struggling and are on the edge. And that- that evictions data is just one example of that.

MARGARET BRENNAN: Black Americans have recovered just over a third of employment that they lost during this pandemic. This speaks to what you’re talking about in terms of different experiences. According to the Fed, only 34% of Black households own stocks.You’ve been writing and speaking a lot lately about widening inequality in this country. What needs to be done about it?

BOSTIC: Well, first of all, we have to acknowledge that there’s a problem and we have to be willing to talk about it. You know, my institution has- has for a long time not been willing to be out in front to talk about the importance of racial inequalities. I actually think that that’s been a mistake. And what we’re seeing is many more of my colleagues jumping up and being willing to talk about this. In terms of what to do, I think there are two dimensions on this. One, is that we have to change the trajectory for the generations to come so they have good schooling, they have good training, they have real access to capital, and they can progress just like everyone else. But we also have a lot of people today who are trying to benefit from this economy and participate in it. So we need to make sure that we’re providing resources and infrastructure to help those people as well.

MARGARET BRENNAN: You know, Joe Biden has been calling for the Fed to start regularly reporting on racial gaps. Your name appeared in a number of reports this week as a potential member of a Biden administration, either as a Treasury secretary or head of the Federal Reserve. Are those jobs you’d be interested in?

BOSTIC: You know, MARGARET, there’s so much going on right now that I am not thinking about that. I’ve got a pandemic. I’ve got an economic crisis, and I’ve got my own bank to worry about in terms of the policies that we’re doing. So I’ll let things play out as they- as they will and we’ll just see how that- how that goes.

MARGARET BRENNAN: Alright that’s not a no. Thank you- thank you, Mr. Bostic. We will be back.