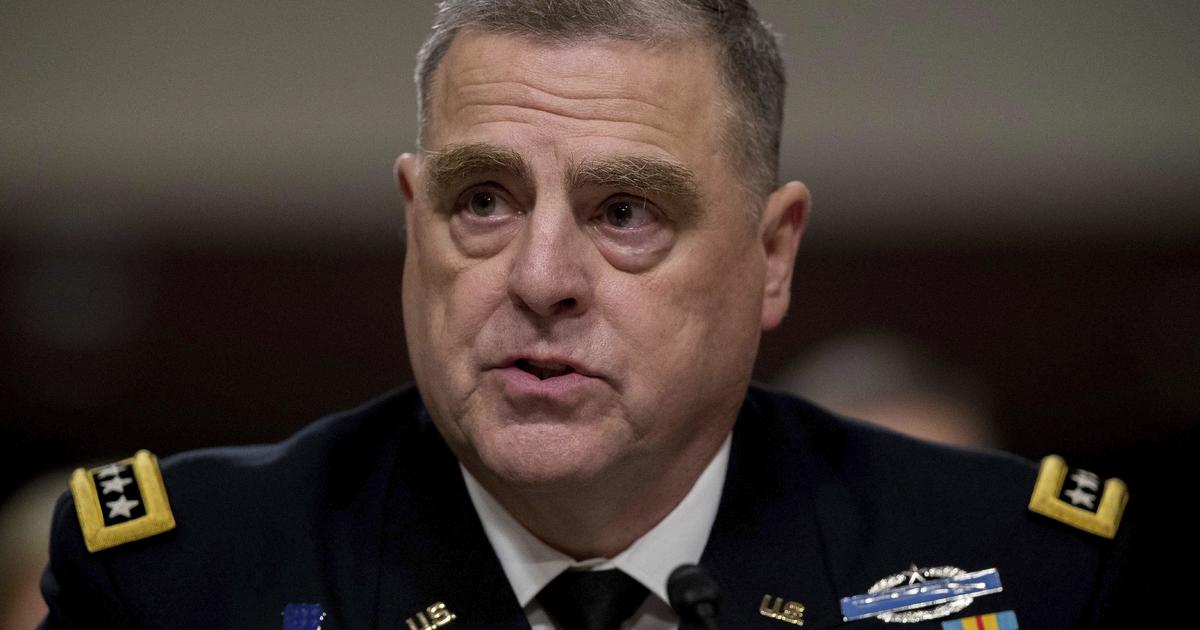 Several of the nation’s top military leaders are quarantining after attending meetings in the Pentagon with a Coast Guard admiral who tested positive for the coronavirus, forcing generals and admirals to work from home as the virus spreads across the executive branch.

The Coast Guard said Admiral Charles Ray, the vice commandant, had tested positive, forcing the quarantine of those with whom he had been in contact. None of the other officials have tested positive as of Tuesday morning, according to the Pentagon.

The list of senior military officers who attended these meetings and must now quarantine is extensive and includes General Mark Milley, chairman of the Joint Chiefs of Staff, U.S. officials said Tuesday. In addition to Milley, others quarantining include:

A spokesman for the Department of Defense said no one in contact with Ray has reported symptoms or tested positive for the virus.

“We are conducting additional contact tracing and taking appropriate precautions to protect the force and the mission,” Jonathan Hoffman, the spokesman, said in a statement. ” Out of an abundance of caution, all potential close contacts from these meetings are self-quarantining and have been tested this morning.”

Hoffman said the “senior military leaders are able to remain fully mission capable and perform their duties from an alternative work location.”

The CDC recommends people who test positive for COVID-19 to isolate for at least 10 days after symptoms first appear, and those who came in contact with them to quarantine for two weeks.

Secretary of Defense Mark Esper recently returned from a tour of countries around the Mediterranean, and Secretary of State Mike Pompeo is currently in Japan. Pompeo was originally scheduled to also visit Mongolia and South Korea on this trip, but he decided to cut his itinerary short after President Trump contracted the coronavirus.

Chairman of the Joint Chiefs of Staff General Mark Milley puts his face mask back on after a ceremony at the White House on September 11, 2020.

After being treated at the Walter Reed Medical Center, the president returned to the White House on Monday. The White House said in a statement that it is “taking every precaution necessary to protect not only him and the First Family, but every staff member working on the complex to support the federal government’s operations consistent with CDC guidelines and best practices.”

Mr. Trump will continue to “receive around-the-clock medical care” at the White House, but “physical access to the President will be significantly limited and appropriate PPE will be worn when near him.” Upon his return, the president tweeted a one-minute long video from the White House balcony, saying he “learned so much about coronavirus,” and believes that he is possibly immune to the disease.

The president’s message alarmed infectious disease experts and angered people who lost loved ones to the pandemic. At least 210,000 Americans have died from the virus since March.

“It’s an unconscionable message,” Dr. Sadiya Khan of Northwestern University Feinberg School of Medicine told the Associated Press. “I would go so far as to say that it may precipitate or worsen spread.”