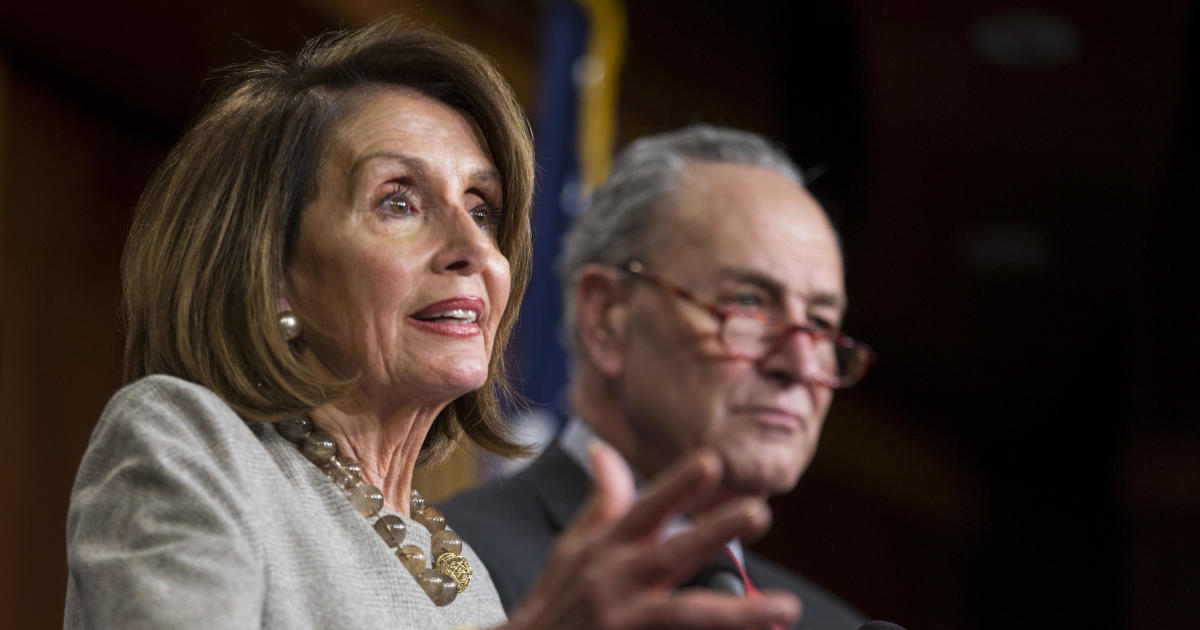 Washington — Democratic congressional leaders on Monday released a joint letter to FBI Director Chris Wray requesting a “defensive counterintelligence briefing” on election security for all members of Congress prior to August recess, in a sign concerns about potential foreign interference are mounting as the November election nears.

“We are gravely concerned, in particular, that Congress appears to be the target of a concerted foreign interference campaign, which seeks to launder and amplify disinformation in order to influence congressional activity, public debate, and the presidential election in November,” the Democrats wrote. The letter was dated July 13 and asked Wray to respond by Monday. The FBI did not immediately respond to a request for comment from CBS News.

“To ensure a clear and unambiguous record of the counterintelligence threats of concern, the four enclosed with the letter a classified addendum that draws, in large part, from the Executive Branch’s own reporting and analysis,” a congressional official said.

The letter did not specify in detail what prompted the all-member briefing request, but its release follows a similar request from Democratic Senators Gary Peters of Michigan and Ron Wyden of Oregon — the ranking members, respectively, of the Senate Committee on Homeland Security and Government Affairs (HSGAC) and the Senate Committee on Finance. The two lawmakers wrote to their Republican counterparts last week renewing a request for a briefing from the FBI’s Foreign Influence Task Force and other intelligence officials regarding certain Ukrainian operatives and the materials they had offered to the committees.

Senator Ron Johnson, the HSGAC chairman, has been leading an investigation into Hunter Biden, the son of presumptive Democratic presidential nominee Joe Biden whose work for a natural gas company was at the center of events leading to President Trump’s impeachment.

“As Committees charged with safeguarding our homeland security and financial systems, we have a responsibility to fully understand the national security and counterintelligence implications of foreign election interference and your ongoing investigative work,” Peters and Wyden wrote last week.

Their letter cites recent reporting from the Washington Post documenting interactions between several Ukrainian officials, some of whom have known links to Russian intelligence services, and Rudy Giuliani, the president’s personal attorney. Giuliani has spoken openly about his efforts to obtain tapes and documents of conversations that Biden had with Ukrainian politicians while he was vice president. The former New York mayor did not immediately respond to a request for comment on Monday.

Some materials — including edited recordings of Biden speaking with then-president Petro Poroshenko about the removal of Ukraine’s prosecutor general at the time, Viktor Shokin — have already been released publicly by a pro-Russian Ukrainian lawmaker whose father served as a KGB officer.

Biden publicly and as a matter of U.S. policy led a group of Western countries calling for the ouster of Shokin, who was widely viewed as tolerant of entrenched corruption in Ukraine. The former vice president does not mention either his son or Burisma in any of the recordings.

Some of the Ukrainian officials said in interviews cited by the Post that more materials on Biden would be released later in the summer or closer to the U.S. election. Their timing and target are reminiscent of election interference efforts in 2016 by the Russian government, which the U.S. intelligence community concluded used a combination of influence campaigns on social media platforms and the weaponized release of hacked information to undermine the Clinton campaign while helping then-candidate Trump’s election chances.

On Friday, Biden said he had been briefed on intelligence showing Russia and China were engaged in activities designed to delegitimize the outcome of the presidential election.

“We know from before, and I guarantee you that I know now, because now I get briefings again. The Russians are still engaged in trying to delegitimize our electoral process. Fact,” Biden said. He did not specify what kind of briefings he had received or with what regularity he received them. The Biden campaign did not immediately comment on congressional Democrats’ request for a briefing on Monday.

An official from the Office of the Director of National Intelligence (ODNI) told CBS News that the office had been consistently providing election security briefings to relevant political stakeholders. ODNI announced in May that the briefings would be led by Bill Evanina, director of the National Counterintelligence and Security Center.

“The ODNI has been providing robust intelligence-based briefings on election security to the campaigns, political organizations and Hill leaders,” the official said. “In public settings, ODNI has previously warned about nation states seeking to influence or interfere in the upcoming elections.”

“Director Evanina and the ODNI Election Threats Executive continue to support and coordinate closely with FBI, DHS and the interagency as part of the Administration’s whole-of-government efforts to secure the 2020 election,” the official said.