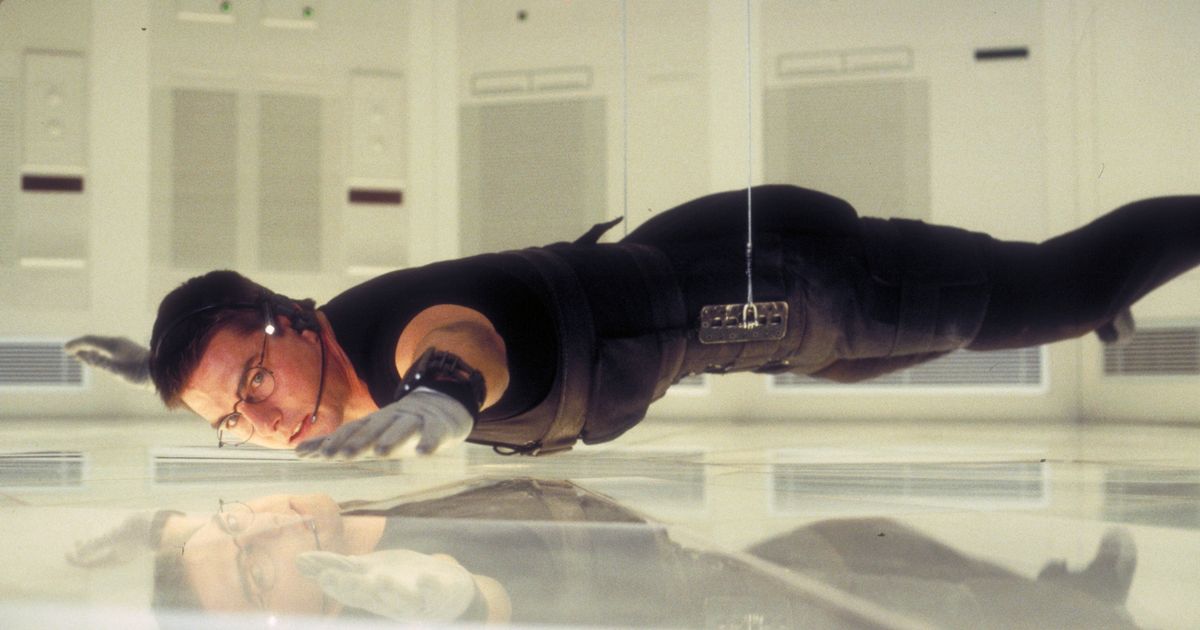 Mission Impossible star Tom Cruise left one fan lost for words after he paraglided over her head, before landing beside her as she enjoyed a day out with family 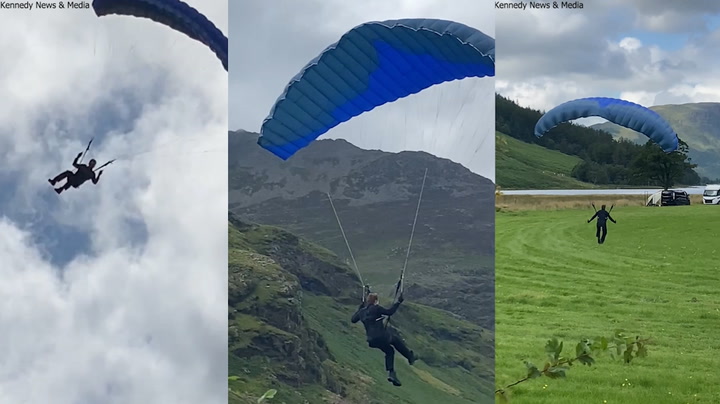 Tom Cruise paraglides over fan’s head in the Lake District

Tom Cruise has been showing off his daredevil action skills as he was seen paragliding in the Lake District.

The Hollywood actor, 60, was filming Mission Impossible 8 on Sunday when he left one fan speechless as he paraglided over her head before landing next to her.

Charlotte Burton-Delph was enjoying a walk with her family around Buttermere Lake, Cumbria when she noticed Tom gliding above the water in the distance.

A video from the day shows Tom dressed in his signature black clothes, boots and gloves as he glided from left to right towards Charlotte.

She can be heard shouting: “Wow, look,” as the actor descended towards the field next to her family.

He was seen flying around the Lake District

Charlotte said her and her partner Adrian were amazed by the stunt and she described it as “next level cool” on Twitter.

The clip has since gone viral, amassing more than 708,000 views.

Fans of the actor were left in awe of the actor, with one person commenting: “Is there nothing this bloke can’t do? Awesome!”

Another person tweeted: “Honestly, Tom Cruise is literally the coolest guy on the planet. Everything I do pales in comparison to this guy. No wonder he is so successful.”

A third said: “Tom cruise the coolest guy ever.”

Charlotte and Adrian were enjoying a family day out

Tom was filming for a new movie

Charlotte said: “We were there to walk the dog, but it just so happened that we stumbled upon Tom Cruise filming Mission Impossible. It felt very surreal.

“We saw this blue parachute come around the lake and we only realised it was Tom Cruise when he came closer. It just happened that I managed to catch it on camera

“It was amazing to see him glide right over our heads. It was a very cool landing. It was typical Tom Cruise.

“It was weird to be standing there watching this film star who I watched when I was younger in Top Gun.”

Tom will start in the new Mission Impossible

She added: “Me and Adrian were thinking ‘oh my god it’s Tom Cruise, look at him he’s amazing’, but the kids didn’t get it. We tried to compare him to Bruno from Encanto.”

Charlotte says a helicopter was circling the lake and a large film crew were present in the field Cruise landed in.

She says the star was “brilliant” for waving to onlookers once he’d landed. She said he repeated the stunt three times.