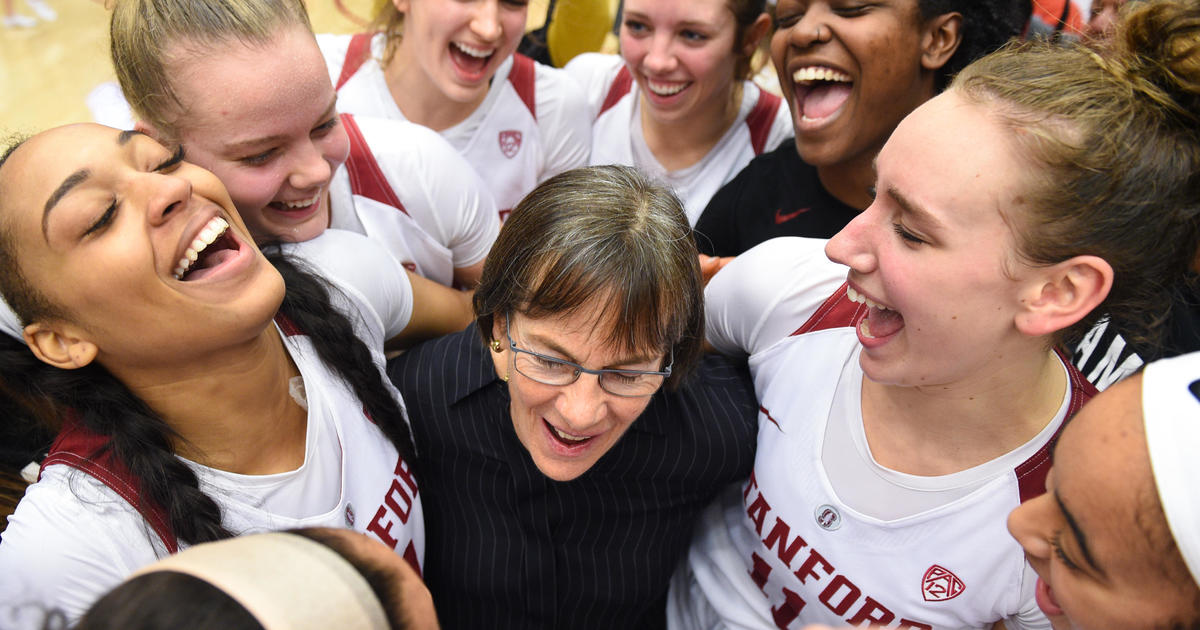 Thursday marks the 50th anniversary of Title IX, the landmark law that pushed for equal opportunities for women in the classroom and on the field. Title IX prohibits sex-based discrimination in education programs or activities that are federally funded, which allowed women access to opportunities that had previously been unavailable.

“When Title IX was passed in 1972 at the college level, about 0 to 2% of budgets at colleges across the country were being spent on women’s sport — so basically, nothing,” Dr. Amy Wilson, director of inclusion for the NCAA, told CBS News. “Less than 30,000 women were playing college sports when Title IX was passed. We now have over 220,000.”

“I say to young people all the time, if you have a grandmother or great grandmother in your family who was a doctor or a veterinarian who ran a company or did one of those amazing things, you must celebrate that,” she said.

Tara Vanderveer, the head coach of Stanford University’s women’s basketball team, knows what it was like before Title IX. She told CBS News that she didn’t have a team to play on in high school and had to bribe the boys to let her play with them, which she described as “very painful.”

“I think it is important that we do know the history and that we keep working to have true equality within sports and within education for girls and women,” Vanderveer told CBS News.

The Setsuko Ishiyama Director of Women’s Basketball Tara Vanderveer earned her 900th win at Stanford during the women’s basketball game between the Washington State Cougars and the Stanford Cardinal at Maples Pavilion on January 20, 2019 in Palo Alto, CA.

Vanderveer has won three NCAA titles and a historic Olympic Gold in 1996. As a coach, she has over 1,099 wins and only 253 losses in her career — and counting.

Although much has been accomplished in the last 50 years, Vanderveer and Dr. Wilson say there’s still work to be done.

“Are we making sure that women, girls and women of all identities are getting access?” Wilson said. “Are minority women getting those same opportunities? We see that that’s not the case in a lot of our sports.”

Filmmaker Alex Holder on his interviews with President Trump after the Jan. 6 riot »