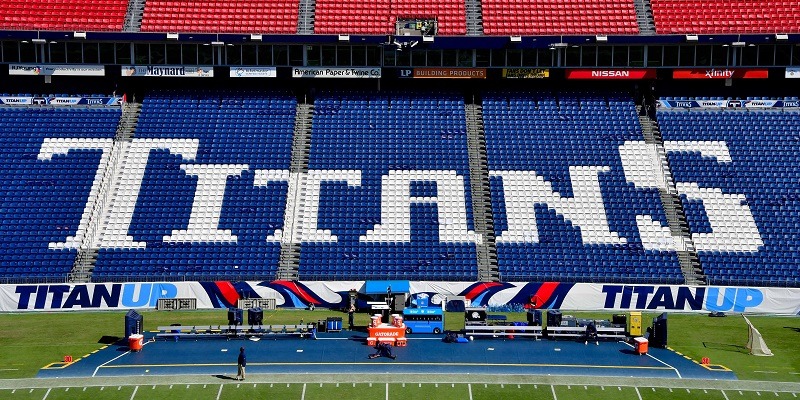 There will be no football for the Tennessee Titans this week.

In the wake of more positive COVID-19 test results, the NFL postponed the scheduled game in Nashville between the Titans and Pittsburgh Steelers. “The Pittsburgh-Tennessee game scheduled for Week 4 will be rescheduled to later this season after one additional Titans player and one personnel member tested positive for COVID-19 today. An announcement of the new game date will be made shortly,” the NFL said in a statement Thursday morning. “The decision to postpone the game was made to ensure the health and safety of players, coaches and game day personnel. The Titans facility will remain closed and the team will continue to have no in-person activities until further notice.”

Previously postponed with consideration to playing the game Monday, the Titans (3-0) and Steelers (3-0) instead have an open week.

Four players and five staff members had positive tests as of Wednesday afternoon.

Their facility has been closed all week since the Titans returned from playing the Minnesota Vikings in Minneapolis on Sunday.

The Titans also reported five positive tests among team personnel, including Bowen, who did not make the trip to Minnesota.

The Steelers will have a bye week and play the Philadelphia Eagles in Week 5. The Titans are scheduled to host the Buffalo Bills in Week 5.

No ruling has been made on the Vikings making the trip to Houston to play the Texans as scheduled this Sunday.

“As I know right now, yes, we’re scheduled to get on that plane Saturday and play,” general manager Rick Spielman told ESPN on Thursday. “If that changes, I don’t know. But as of today, we are scheduled as normal.”

The Vikings planned to reopen their practice facility on Thursday as their daily testing has not returned any positive tests. Athletic trainer Eric Sugarman said no one will be admitted to the building without first receiving a negative test result on Thursday. He said enhanced protocols will be in place, including temperature checks, wearing masks and social distancing.