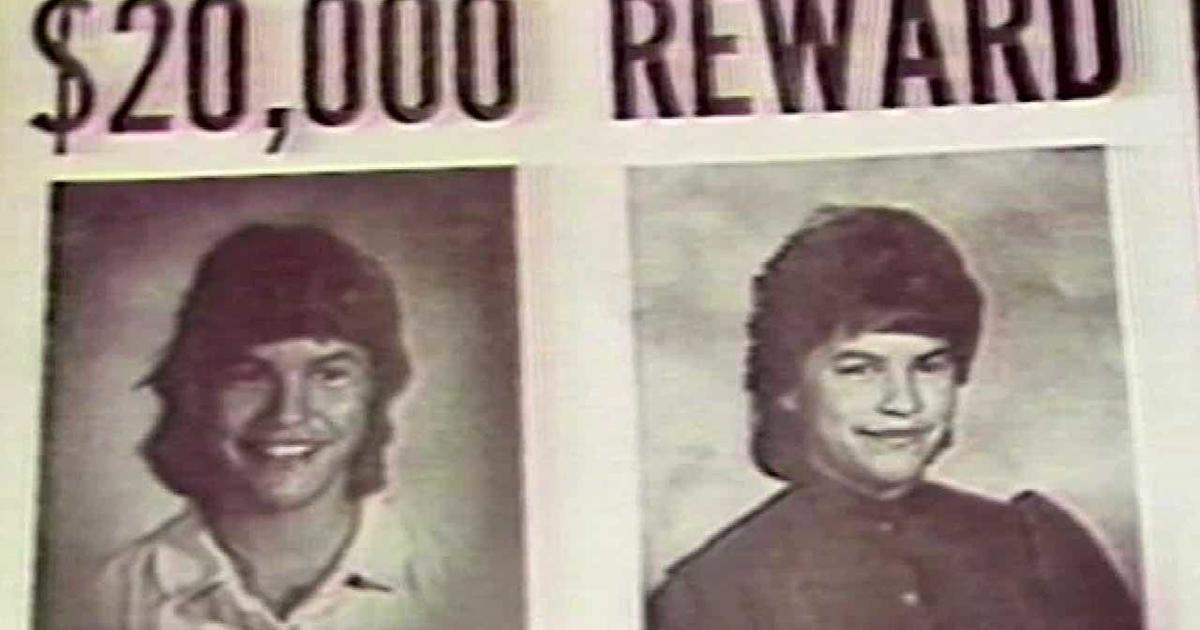 Biden to sign executive order to support travel for abortions

In October 2021, a year after former Idaho gubernatorial candidate Steven Pankey was arrested for the kidnapping and murder of 12-year-old Jonelle Matthews, he went to trial.

Jonelle Matthews, 12, disappeared from her Greeley, Colorado, home on December 20, 1984.

Investigators searched the Matthews home, but the only physical evidence they found were shoeprints in the snow that someone had tried to eliminate with a garden rake. The rake came, “right out of my garage,” Jim Matthews told “48 Hours.”

Who is Steve Pankey?

Law enforcement records describe unrelated run-ins Steven Pankey had with Greeley police. They include minor and non-violent allegations, like accusations of creating a nuisance and harassment at a local bank. Pankey’s former defense attorney Anthony Viorst told “48 Hours” about the bank incident. “He argued with a bank teller and the police were called,” he said. “That’s the kind of thing that’s happened to Mr. Pankey over the years. He’s had periodic sort of spats with people because he is an irascible, prickly guy.”

Steven Pankey told KTVB News he remembers where he was the night Jonelle Matthews disappeared. “… I was home with my then wife and my 5-year-old son.”

The home where Pankey lived with his family at the time of Jonelle’s disappearance, pictured, was two miles from her home.

A few years after JonelleMatthews disappeared, Steven Pankey and his family moved around to different states before settling in Idaho. There he found an interest: politics. He ran for sheriff three times, municipal council, lieutenant governor, and even governor – twice. He was never elected.

While living in Idaho, Pankey continued to have brushes with the law. In a few court filings, he brought up Jonelle’s case, such as this 1999 filing when he told the Idaho Supreme Court that his conviction for causing a scene in a bank was in part “an attempt to force” him “to become an informant” in Jonelle’s disappearance. He also wrote that he feared he might “get the death penalty for revealing the location of Ms. Matthews body.”

On September 4, 2019, just over a month after Jonelle Matthews’ remains were found, authorities searched Steven Pankey’s home in Twin Falls, Idaho. “They’ve got full SWAT gear on,” Pankey said in an interview with CBS affiliate KMTV and he said, “…they took my laptop, cell phones, they took a bunch of pics …”

A year after authorities searched Steve Pankey’s home, a grand jury handed down an eight-page indictment against Pankey on October 9, 2020. It charged that “he took Jonelle Matthews from her family home …” and “shot Jonelle Matthews during the course of the kidnapping.”

The indictment also mentions that Pankey knew of and discussed a rake used to obliterate foot impressions in the snow at the Matthews home, which law enforcement withheld from the public.

Pankey’s former defense attorney Anthony Viorst told “48 Hours” that Pankey’s knowledge of the rake “is arguably the one piece of evidence that arguably ties Mr. Pankey to the crime.” But Viorst went on to say that Pankey only knew about the rake because it was divulged to him by law enforcement.

In a matter of three days, on October 12, 2020, police arrested Pankey for kidnapping and first-degree murder in Jonelle’s case. Pankey pleaded not guilty for those crimes.

On October 13, 2021, Steve Pankey’s trial started. Prosecutors told jurors that Pankey had made incriminating statements over the years about Jonelle’s case.

“The evidence in this case will prove … that the defendant is guilty of murder in the first degree and second-degree kidnapping.

Greeley, Colorado, Mayor John Gates testified about learning that Steven Pankey had once named him a person of interest in the disappearance of Jonelle Matthews.

“… had a call from a journalist in Idaho…that told me that I’d been named as a person of interest in this case by Mr. Pankey. And I think my jaw probably hit my desk, and I said, ‘What?'” Gates told “48 Hours.”

One of the star witnesses in this case, Steven Pankey’s ex-wife Angela Hicks, testified about what she says she witnessed while married to Pankey. She described being forced to listen to news accounts about Jonelle’s disappearance, and she told jurors about finding a piece of paper in Pankey’s trash.

“And one of the things notated in his handwriting on this piece of legal paper was snow outside the Matthews house was raked,” she told jurors.

Pankey’s defense offered a different theory. According to attorney Anthony Viorst, the person who killed Jonelle was someone she knew. He says Norris Drake, whose mother lived across the street from Jonelle, is the killer. He noted that Drake had been at his mother’s house that night but was missing for a number of hours the same night. Law enforcement questioned Drake, but they said they did not pursue him further because his family provided an alibi for him.

After hearing testimony from multiple witnesses, Steven Pankey took the stand. He testified that in the past he had lied about his knowledge of the case.

“The truth is that I made a lot of stuff up out of bitterness,” he said. “It was just me trying to be a big man, be in the case, OK? I had no knowledge.”

On November 2, 2021, jurors got the case. Two days later they had reached a verdict. The jury found him guilty on making false reports to authorities, but they were deadlocked on the other kidnapping and murder counts. The judge declared a mistrial on those counts.

“I realize the jury was unable to reach a verdict on the other counts and that is a perfectly acceptable way for a trial to conclude,” Judge Timothy Kerns told the court.

The retrial of Steven Pankey is scheduled for October 4, 2022.

« Volcano in Iceland erupts again after series of earthquakes