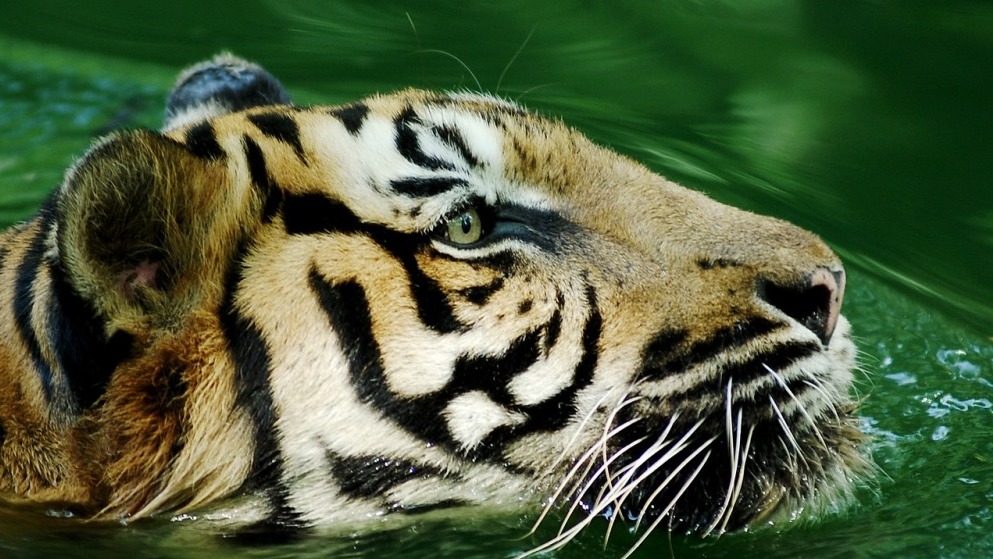 Nadia, the tiger, was not acting like her usual self. She was presenting with a persistent dry cough, and her handlers began to worry. However, even with their worry, her diagnosis was not what they were expecting—and it caused some concern.

The four-year-old Malayan tiger is currently residing in the Bronx Zoo, along with her sister, Azul. At the end of March, the sister tigers began to develop a dry cough. After a few days, it appeared that all seven of the big cat’s in residence at the Zoo, two Amur tigers, and three African lions, in addition to Nadia and her sister, had come down with something. It had gotten to the point where all the cats were neglecting their meals and refusing to eat, wheezing when they breathed, and beginning to pose worry for their keepers.

Paul Calle, a veterinarian for the Bronx Zoo, said: “Nadia was not coming around and was getting a little worse, so we anesthetized here in order to treat her. We did x-rays and ultrasounds. We did bloodwork. We ran lots of tests, panels for normal domestic cat infectious diseases.”

Even though COVID-19 pandemic was wreaking havoc on those humans who resided around and near the Zoo itself, the virus was not considered to be the initial culprit. There was really no need to suspect it as the source for the illness in the cats because it had not been known to cross-species within the United States—up to that point.

However, with the amount of COVID-19 in the surrounding burroughs, the handlers at the Zoo made the decision to test Nadia for SARS-Cov-2, which is the coronavirus that is known to cause COVID-19.

Within a few days of her testing, Nadia was determined to be positive with COVID-19. Not only did she make headlines for her testing positive, but also for the fact that she was afforded a test so quickly, or at all.

The answer, as provided by those veterinary diagnosticians connected to the testing, was quick to point out the fact the test used on Nadia was one created specifically for use on animals. That she did not receive the type of test used on humans when testing for COVID-19.

Those involved reminded that since COVID-19 was first discovered, it was known to have originated in animals. Although it is not specifically known how it crossed species, it has nonetheless spilled over into the human population. There is no reason to think that many animal species will fall victim to the virus, as Nadia has proven.

Will we hear of other animal species, such as pets, suffering from COVID-19?