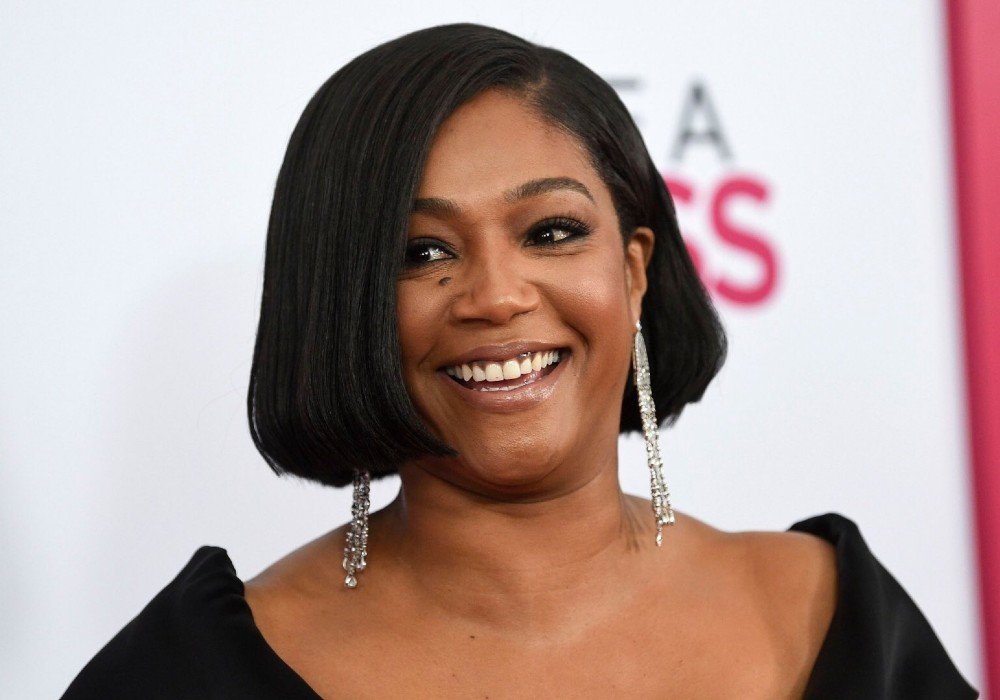 Tiffany Haddish made a major change to her look last week, and she just can’t get enough of it. The Girls Trip star first told her 6.1 million Instagram followers in early July that she has been thinking about shaving her head for years, and now she has finally done it.

The 40-year-old posted a selfie on Saturday that featured the actress with a big smile on her face and a cleanly-shaven head.

Just Loving my new look thought I’d share it with y’all. The best part is when water hits my head it feels like kisses from God. #sheready for more of Gods Love!

“Just Loving my new look thought I’d share it with y’all,” wrote Haddish in the caption. “The best part is when water hits my head it feels like kisses from God. #sheready for more of Gods Love!”

Haddish isn’t the only one who loves her dramatic new look. Friends and fans flooded the comments section with messages of approval.

When Haddish first posted a video letting her fans know that she was chopping off her hair, she promised that she hadn’t lost her mind. She said that whenever a woman decides that she wants to cut off her hair so she can see her scalp, people automatically think “she’s gotta have a mental problem.”

Haddish said that nothing was wrong with her brain, and she wasn’t suffering from “emotional sh*t.” Instead, this was a move she had been thinking about making “for years.” The comedian explained that she knows every single part of her body, including where every single one of her 100 moles is.

She explained that she wanted to know how many moles were on her head, and she added that anyone who has ever done her hair has heard her talk about this for a long time

Tiffany Haddish says that she is going to use the same energy that she would have been putting into her hair into her mind, instead.

“It’s just going to give me more time to work on my body, get everything together,” said Haddish. “I feel really, really good. If anything I’ve gained so much mind. So much peace.”

Read More: Tiffany Haddish Smiles Big As She Reveals She Is ‘Just Loving’ Her New Look