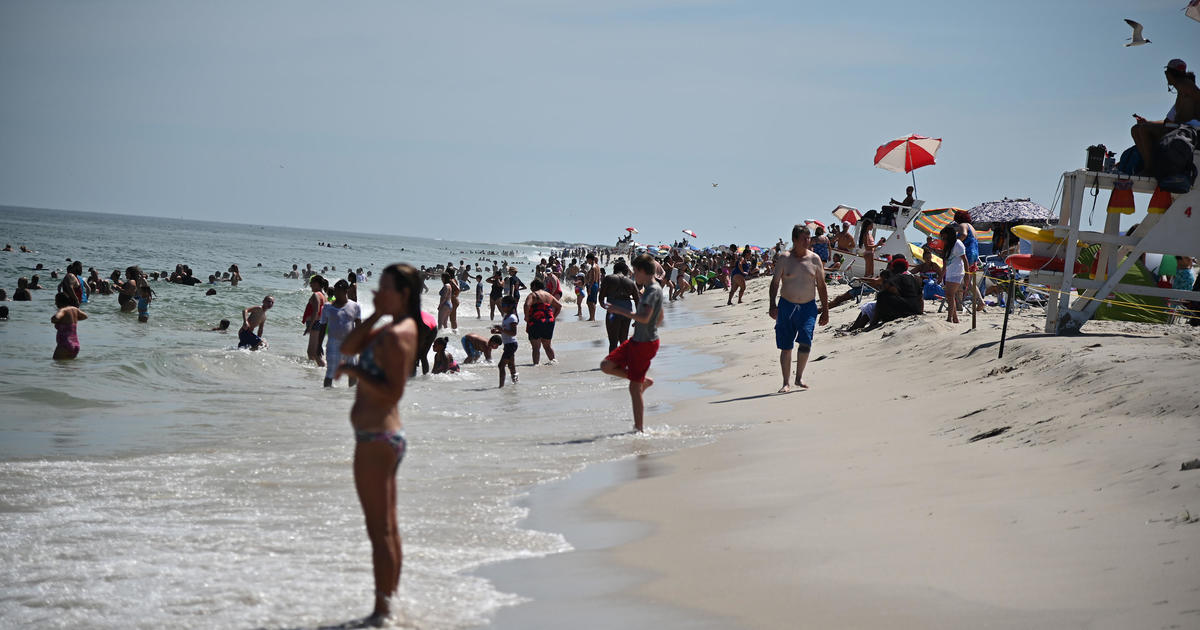 It’s a trend no state wants to follow, but New Jersey is joining the list of states seeing an uptick in coronavirus cases. The increase comes as virus hospitalizations in neighboring New York are continuing to go down.

In New Jersey, the rate of transmission rose, with more than 2,000 cases added in four days, CBS New York reported on Thursday. Governor Phil Murphy said a total of more than 180,000 cases – and nearly 14,000 deaths – have been reported across the state since the start of the pandemic.

“Nobody’s sitting on their hands right now. Everybody is kind of anticipating a second wave. Everybody’s frantically getting ready,” Dr. Stavros Christoudias of the New Jersey Doctor-Patient Alliance told the station.

Christoudias said he’s not surprised by the uptick in COVID-19 cases in the state since the heat is driving people indoors.

“Some of these house parties in New Jersey, where people were breaking the rules of having so many people indoors, you’re gonna end up with another wave,” said Christoudias. “That’s the match waiting to hit the powder keg.”

Other people said they think the virus is spreading from visitors on the Jersey Shore.

“Other people coming here, maybe for vacation and maybe they’re driving into these states,” said Gregory Maxwell. “I don’t know about how strict we are being with that, so we don’t know if that also is making it come up as well.”

On Thursday, Congressman Josh Gottheimer held a virtual roundtable with North Jersey health care officials, doctors and nurses to find out what they need.

“Here in Washington, what we’re focused on is getting resources in this next coronavirus package to ensure that they have the PPE,” said Rep. Gottheimer. “Right now, in other parts of the country, they’re using a lot of PPE because they have a lot of caseloads. So, we’re going to be competing with [other states], and what I’m concerned about is, that’s going to lead to a shortage of PPE.”

CBS New York asked New York Governor Andrew Cuomo if he would add New Jersey to the quarantine list if the numbers kept trending up. This week, he announced that people coming from Illinois, Kentucky and Minnesota – as well as Puerto Rico and Washington, D.C. – are now required to quarantine for 14 days after entering the state, joining a long list of others required to do so.

“I don’t know how you could quarantine New Jersey… They don’t fly into New York. You’d have to blockade roads, and we’re not talking about blockading,” said Cuomo. “We’re going to keep our fingers crossed and work with them to get the number down.”

Cuomo said Thursday that hospitalizations in New York fell to 586, an all-time low since March 17.