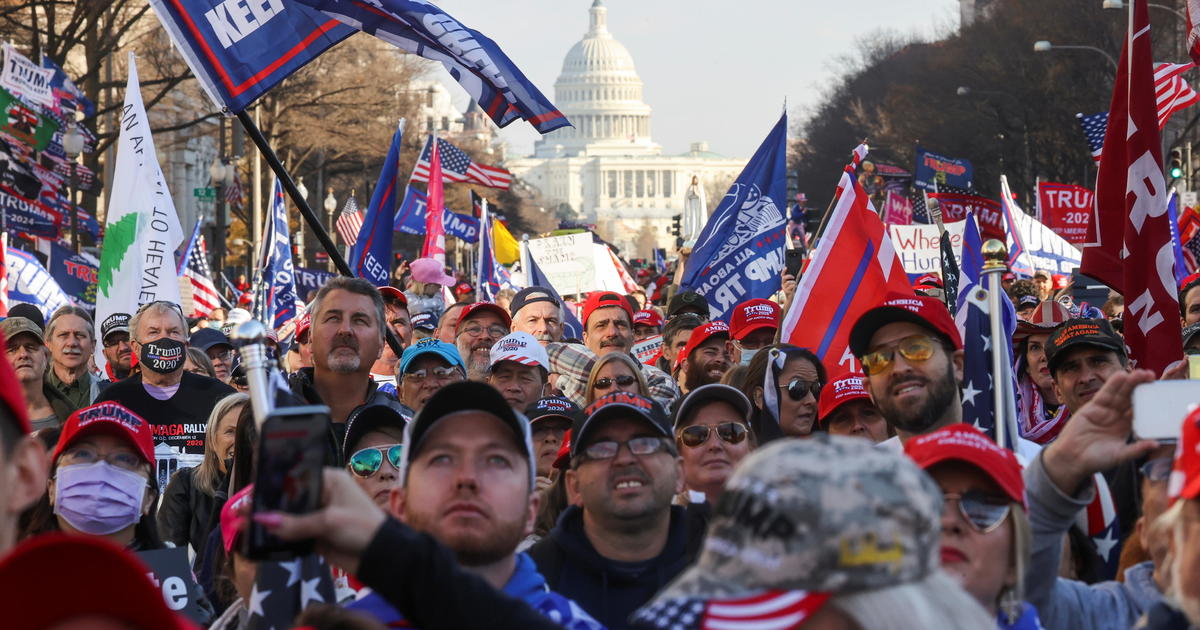 Thousands gather in Washington D.C. to show support for Trump

Thousands descended on Washington D.C. Saturday for the second “Million MAGA March” in support of President Trump since he lost the presidential election. Metro Police confirmed Saturday afternoon there were some arrests, but said the rally had been largely peaceful.

The president has yet to concede the election, despite being certified in all 50 states and numerous failed legal objections — most recently in the conservative majority Supreme Court.

Supporters gathered in protest of “the corruption and dishonesty that is taking place in Our Country,” according to the march’s website. “As We have done throughout Our Great History. We will Stand Together, as United Citizens, in the face of Evil, Censorship, Suppression, and Manipulation. We will defend Freedom against the forces of Fascism, Socialism, and Communism that are working to tear this country apart,” reads its mission statement. “Now is a New Birth of Freedom and We Will Not be Stopped!”

Over 22,000 supporters indicated they would attend the protest. However, CBS News’ Washington D.C. affiliate WUSA reported that crowds were sparse around noon, “down sharply” those seen at its first protest on November 14.

Mr. Trump thrilled supporters last month when, en route to his Virginia golf club, he passed by the march in his motorcade. Supporters again cheered on Saturday as the president flew overhead on the Marine One helicopter as he left to attend the Army-Navy Football Game in New York, The Associated Press reports.

Despite being publicly planned for weeks, the president also tweeted his apparent surprise at the protest: “Wow! Thousands of people forming in Washington (D.C.) for Stop the Steal. Didn’t know about this, but I’ll be seeing them! #MAGA”

Five “unrest-related arrests” were made in the overnight hours between Friday night into Saturday morning, according to a statement from the Metropolitan Police Department. And a handful of fights broke out between Proud Boys and Antifa by Saturday afternoon, prompting police to use pepper spray.

Saturday’s protest follows the Supreme Court’s Friday refusal of Texas’ attempt to block electors from four battleground states from voting in the Electoral College, a fatal blow to the president and his allies’ quest to overturn the election.

The deadline for states to certify votes, known as “safe harbor day,” passed on December 8, and state electors will meet to cast their ballots on December 14. The election will then be ratified during a joint session of Congress on January 6, giving Republican lawmakers who have yet to acknowledge President-elect Joe Biden’s victory one last long-shot chance to challenge the election.

Supporters of U.S. President Donald Trump take part in a rally to protest the results of the election, in Washington, U.S., December 12, 2020.

« Crushed by student loan debt? You may have a bankruptcy option

FDA chief seeks to reassure Americans about COVID vaccine, says he will take it »