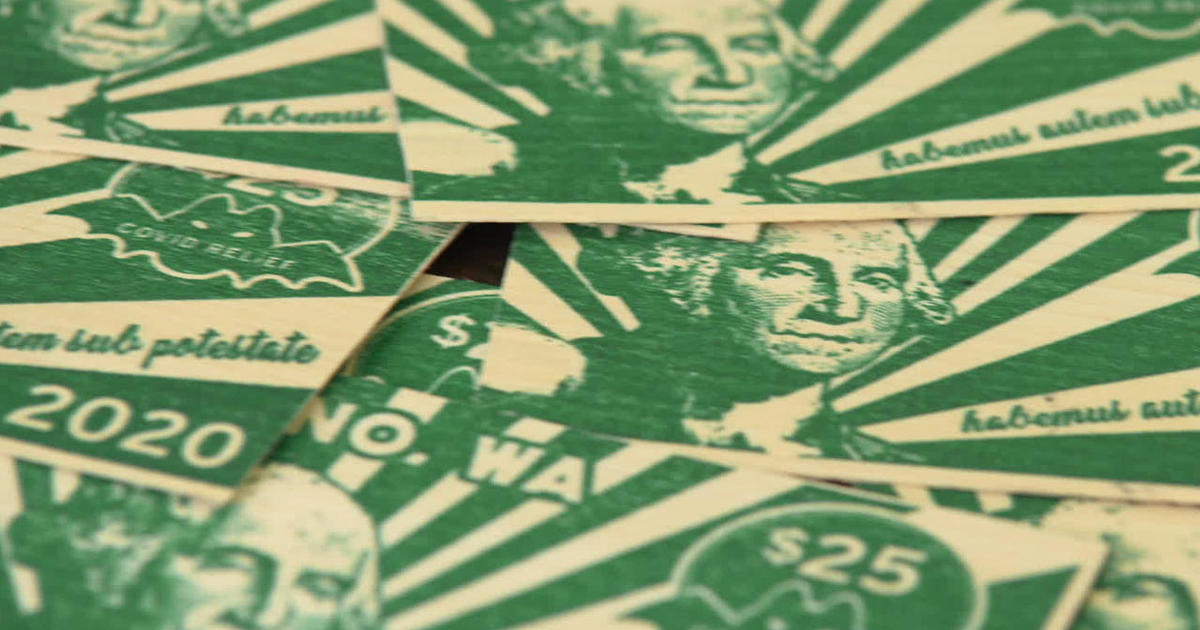 David Pogue will be chatting with Grammy-winning composer and conductor Eric Whitacre on Facebook Live tomorrow after the show at 11AM EST – 8AM PST. Post your questions below!

IN MEMORIAM: Remembering John Lewis, a tenacious fighter who got into “good trouble” | Watch VideoLee Cowan looks back at the life of the tireless social justice activist and Congressman who was an optimist about America.

FROM THE ARCHIVE: Rep. John Lewis and the bridge | Watch VideoBack in 1998, “Sunday Morning” correspondent Rita Braver, joined by Congressman John Lewis, returned to the Edmund Pettus bridge in Selma, Alabama, the scene of one of the landmark confrontations of the Civil Rights Movement of the 1960s, which became known as “Bloody Sunday.”

COVER STORY: Rethinking the post-pandemic workplace | Watch VideoWhen (or if) we go back to the office, the working environment may be entirely different from how we left it prior to COVID. John Blackstone reports.

Tenino, Washington, is putting extra currency into circulation, but it’s not the greenbacks you are used to.

MONEY: Hard currency: One Washington city prints its own money on wood | Watch VideoDuring the Great Depression when cash was hard to come by, Tenino printed its own scrip; now, the antique printing press is working again to produce currency for those hard-hit by the COVID shutdown. Luke Burbank reports.

HARTMAN: Artist who painted 1,000 portraits of first responders (VIDEO)When Steve Derrick of Clifton Park, New York paints a portrait, there’s no such thing as a touch-up. He includes every bruise, bag and blood vessel. Steve Hartman speaks to the man whose unpaid tributes to hospital workers – have left him wealthy beyond words.

Follow Steve Derrick on FacebookHealing: Portraits of the Pandemic at Albany Center Gallery

IN CONVERSATION: Louis Gossett Jr.: “We need each other quite desperately for our mutual salvation” | Watch VideoLouis Gossett Jr. has been a working actor since 1953, but his first day in Hollywood wasn’t about a part — it was about the police. Michelle Miller chats with the Academy Award-winning actor.

At a truck stop in Laramie, Wyoming, the food that Mintu Pandher’s staff are cooking up in a small café attracts truckers and locals from miles around.

DINE OUT: A taste of India at a Wyoming truck stop | Watch VideoAt the Akal truck stop in Laramie, Wyoming, the Indian food that Mintu Pandher and his staff are cooking up in a small kitchen attracts truckers and locals from miles around, with food they can’t find anywhere else along Interstate 80. Turns out there’s money in all those smells of turmeric, coriander, and other spices rarely used in truck stop cuisine: his cafe is a hit, especially with the changing face of trucking, since nearly 19% of long-haul truck drivers in America are now immigrants. Jim Axelrod reports. (This story was originally broadcast on November 24, 2019.)

MUSIC: Creating a virtual choir with 17,572 singers | Watch Video“Sing Gently,” with Grammy-winning composer Eric Whitacre conducting choristers from 129 countries, features the largest virtual choir ever assembled. David Pogue, who was one of those 17,572 singers, reports.

MOVIES: The art of Kim Novak | Watch VideoNow 87, Kim Novak is still finding herself. The star of such classics as Alfred Hitchcock’s “Vertigo,” “Picnic,” and “Bell, Book and Candle,” the actress turned her back on Hollywood in the 1960s and has since pursued artwork and a love of animals. Mo Rocca reports.

EXTRA!: Listen to our podcast of Mo Rocca’s extended interview with the actress-turned-painter

OPINION: Jim Gaffigan on his first drive-in standup show | Watch VideoFor the first time during the pandemic, the comedian took his show on the road, literally, by performing standup for an audience socially distancing in parked cars.

DVR Alert! Find out when “Sunday Morning” airs in your city

Full episodes of “Sunday Morning” are now available to watch on demand on CBSNews.com, CBS.com and CBS All Access, including via Apple TV, Android TV, Roku, Chromecast, Amazon FireTV/FireTV stick and Xbox.

You can also download the free “Sunday Morning” audio podcast at iTunes and at Play.it. Now you’ll never miss the trumpet!