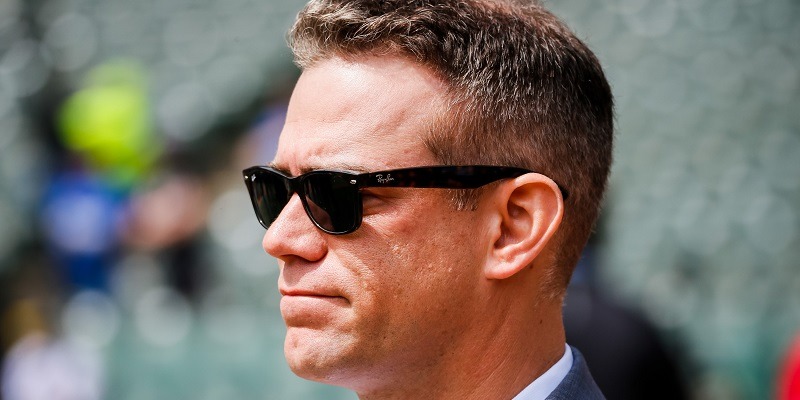 Cubs president of baseball operations Theo Epstein continues to embrace the possibility his time in Chicago is nearly up.

“For me, as an individual, there is benefit for change, after a significant amount of time on the job,” Epstein said. “I have to keep that in mind without making any definitive statements. “I’m not going to run away from those feelings but I’m also as invested in the Chicago Cubs as I was at any point in the last nine years.” Epstein enters the final year of his contract with the team, a run that included ending a century-old World Series drought and the reconstruction of the team and its Wrigley Field environs under new ownership. 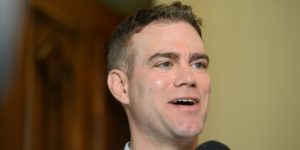 Throughout his Monday conference call, Epstein referenced the expectation he would be part of a transition of power, possibly to longtime right-hand man and current general manager Jed Hoyer. Epstein, until further notice, has final authority on baseball matters.

“My expectation and Tom’s [Ricketts] expectation is that means status quo, for now, as we go into 2021,” Epstein said. “But the status quo that is mindful of the importance of transition planning. … If adjustments in structure or role or timing are necessary to put the Cubs in the best possible position going forward, then that’s what I want. We all feel the most likely outcome is status quo.”

Contract matters are certain to dominate offseason headlines around the Cubs unless Epstein steps back prematurely. He said Monday that based on the team’s woeful offensive production, including one run scored in the two-game sweep in the wild-card round at the hands of the Miami Marlins, that the Cubs have no players who would be classified as off-limits.

Changes began last offseason, when the Cubs and manager Joe Maddon parted ways. Epstein hired former Cubs catcher David Ross to be a manager for the first time and the team won the National League Central for the third time in five years. Like Epstein, Kris Bryant, Anthony Rizzo, Javier Baez and Kyle Schwarber are all tied to the Cubs for only one more season.

“Embracing significant change is warranted,” Epstein said. “Is it possible to thread the needle and improve in 2021 while setting ourselves up for the long-term future? I think it is.”

« Kylie Jenner Models Ovahia Anti-Cellulite Leggings And The Internet Is Freaking Out!