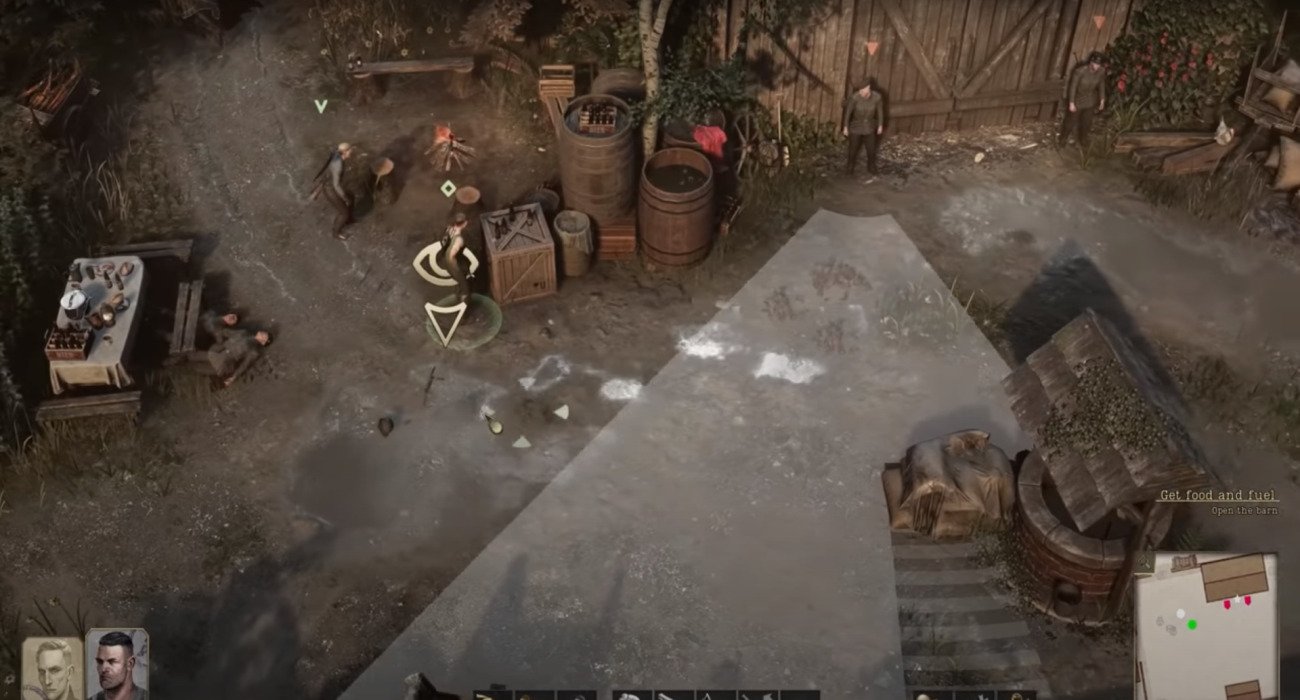 A lot of war games tend to feature WW2 as a time period. It’s not surprising. This was a brutal time that affected so many on a global scale. However, one of the more unique games with this setting that’s coming out in 2021 is War Mongrels by Destructive Creations.

It has an isometric design featuring real-time tactics. It looks like a very fresh take, particularly the visuals. They are well designed and soaked in atmosphere. It looks like the developer wanted to give players a never-before-seen look at these battlefronts that were terrifying in so many ways in real time.

If you’ve waited for a greater look at War Mongrels and how it will play, an extended footage of gameplay was just put out. It shows two German deserters heading West in hopes of something better.

Gameplay picks up as the deserters find themselves near a small village. They need supplies and thus have their targets set on a small barn just up in the distance. It’s immediately clear these characters have to be careful with where they move as German soldiers are scattered throughout the area.

As soon as the user gets close to the German soldiers, they dash forward and knock them unconscious before their fellow comrades catch on. Even in these first couple of sequences, you can feel the tension. Every move matters.

War Mongrels is driven by a compelling story that highlights the brutal times that so many were accustomed to during this period. Gameplay-wise, it has a very Commandos feel and that comes through pretty early on in this trailer.

The voice acting is superb and so is the choice system. Players get to decide how they approach every enemy encounter and objective, for better or for worse. One of the more unique sequences is when the user activates a planning mode.

It stops time and lets players decide how they’ll approach difficult situations. In the trailer, it shows the user planning out their attack carefully on multiple enemies in the distance. Seeing the plan executed perfectly is a beautiful sight. These are the moments players can savor time and time again.

War Mongrels still has some time in the development oven, but if you’re looking for a positive sign of things to come, this recent trailer is a great start. Destructive Creations is on to something pretty unique as far as real-time strategy games go.

« The Ranger and the Serial Killer, Mind Reading, The Resurrection of St. Nicholas