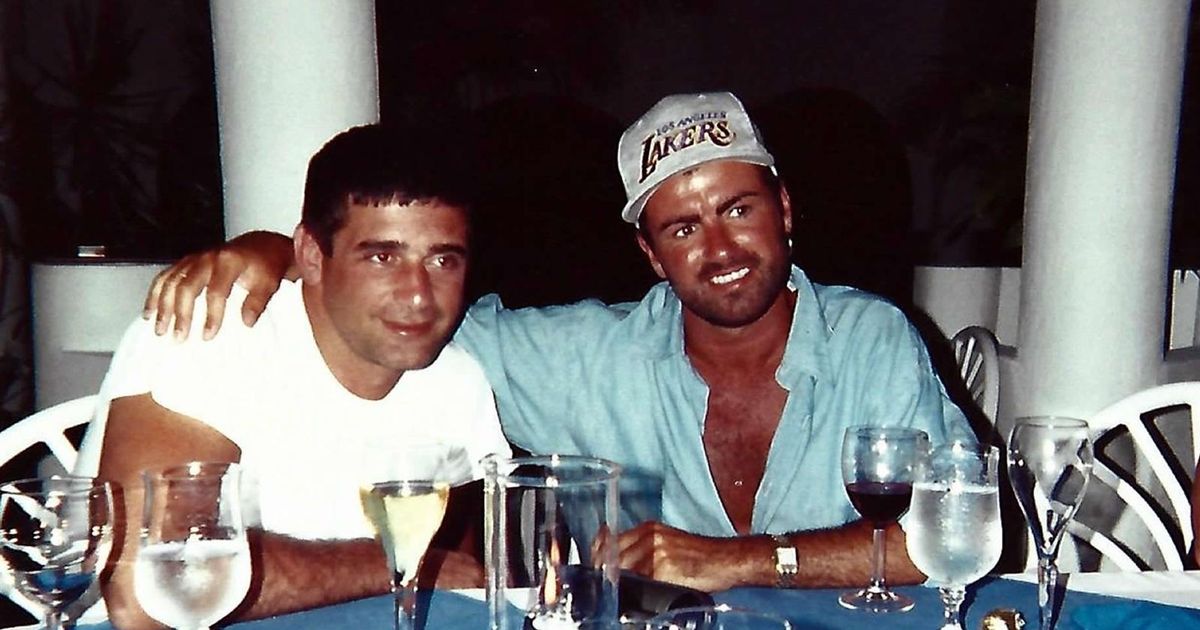 Amid the release of the documentary Freedom Uncut, biographer Sean Smith recalls the heartbreaking love story between George Michael and Anselmo Feleppa – which ended in tragedy 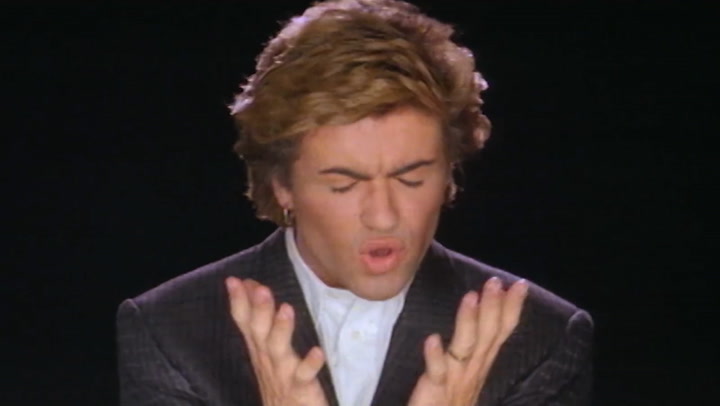 As the keenly anticipated documentary George Michael: Freedom Uncut is aired, biographer Sean Smith recalls the true story of the heartbreaking love affair that changed the star’s life for ever…

The handsome Brazilian fashion designer could scarcely conceal his delight when he held the phone close to the piano so his best friend could hear.

He whispered down the line from California: “I can’t believe I am sitting here and George Michael is playing the piano for me.”

It was a tender moment between two men who had fallen in love. Anselmo Feleppa and the superstar adored by millions were a match made in heaven.

They met a few weeks earlier when George, then 27, was the headline act in January 1991 at the Rock in Rio Festival. Anselmo had flown in from New York in the hope of meeting his idol.

Part of a world in which it was no secret George was gay, Anselmo lit up the lobby of the Copacabana Palace hotel where George and his entourage had taken over two floors.

Anselmo’s family came from Petropolis, a resort in the mountains, 50 miles from Rio.

At 15, he met Lucia Guanabara who would become one of Brazil’s best known socialites and his best friend as his relationship with George unfolded.

“Everybody loved him,” said Lucia. “He was very flirtatious though he never had like a real relationship.” That changed when he met George, although it didn’t go to plan.

He didn’t actually speak to him at the Copacabana Palace. George had noticed him and would later reflect he knew their destinies would come together.

The next day George left for a break in Armação dos Búzios, a beach resort.

Lucia was staying there with her children when Anselmo showed up and persuaded her to accompany him to the island where George was staying.

“He was dancing and showing off for George’s benefit but again he didn’t speak to him,” said Lucia. Eventually, it was third time lucky at another party on a roof terrace with security.

They met in 1991, when George went to Brazil for the Rock In Rio Concert

Lucia and Anselmo had to sneak in but George noticed the handsome man dancing. Lucia recalled: “This time they finally spoke and that’s when it started.”

Like the best Hollywood romances, it was a whirlwind. For the first time, George embraced being a gay man.

He would later explain: “It’s very hard to be proud of your sexuality when it hasn’t given you any joy.”

Life for George suddenly became more fun with Anselmo by his side. He became more outgoing, enjoying outdoor pursuits that the old Yog – as George was known – would never have tried.

Amusingly, Anselmo lied to George about his age. He was nearly seven years older than his boyfriend. He told George he was three years younger than he was.

Lucia observed: “George laughed so much when he found his passport!” Anselmo needed it when George invited him and Lucia to London for four concerts at Wembley Arena.

George had never been happier but they couldn’t hold hands in public.

Anselmo came from a Catholic family and never told them about his relationship with another man – although his mother Alice knew.

George faced a similar predicament. He was fine about introducing Anselmo to his sister Melanie but it was a step too far to come out to his mother and father.

George did not hide Anselmo away, however. They holidayed in Greece and Cyprus as well as visiting George’s homes.

When autumn ushered in the end of their first summer together, Anselmo told George the dreadful news – he had tested positive for HIV.

He had known for a couple of months but hadn’t wanted to tell George. “He was ashamed,” said Lucia.

George later said: “Try to imagine that you’ve finally found a real love and, six months in, it’s devastated. In 1991, it was really terrifying news.”

Thirty years ago this was a death sentence for far too many.

Fear of AIDS dominated the gay agenda and was the principal reason why George hadn’t talked about his sexuality with his mum Lesley.

Freddie Mercury died in November 1991 from complications from the condition. George spent Christmas 1991 with his parents at their family home in Radlett, Hertfordshire.

He did his best to enter into the seasonal spirit but, secretly, was frightened for Anselmo and was awaiting the results of his own HIV test which thankfully proved negative.

The world did not realise George’s anguish at the Freddie Mercury Tribute Concert for AIDS Awareness at Wembley the following April.

George and Anselmo spent most of the year in Los Angeles where George was busy recording.

After the New Year in 1993, they went on holiday to the Caribbean for what would be their last days together.

George went back to LA while Anselmo and Lucia went to visit family in Brazil. There he started feeling ill.

Anselmo died aged 36 in March 1993, just two years after meeting George, who did not see him in hospital.

Instead he was given the terrible news in a tearful phone call from Lucia. The next day George wrote his parents a letter in which he explained he was gay and had lost the man he loved.

George didn’t go to the funeral so as not to be the centre of attention. Instead he flew in unobtrusively a few days later and stayed with Lucia.

He introduced himself to Anselmo’s mother and they visited her son’s grave in Persepolis. They wept together.

George talks movingly about Anselmo and his mother, who died in 1997, in Freedom Uncut which was released this week.

After George’s death on Christmas Day 2016, his family signed a letter to loyal fans from “Yog, Lesley and Anselmo… smiling down and all together”.

Read More: The tragic love story of George Michael and the man who he found ‘real love’ with