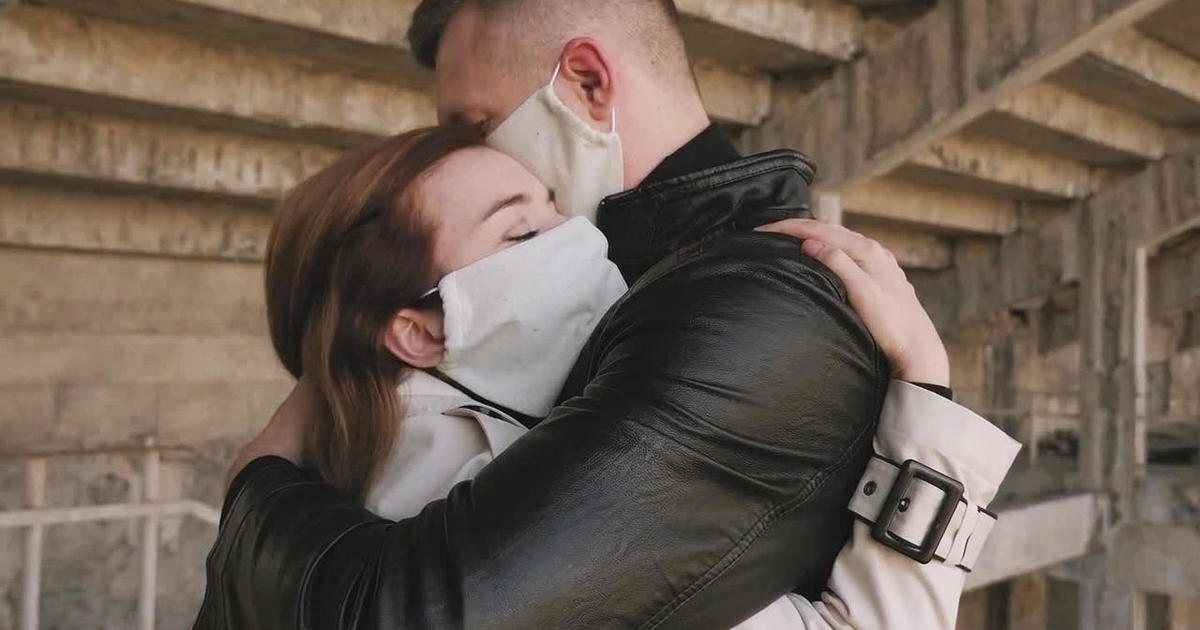 The medical value of hugs

You might have seen this video when it first went viral – you know, back in the “before times”:

It’s adorable, sure, but it also demonstrates something about us humans, about something we need that we’re not getting enough of these days.

We’re not getting our daily requirement of hugs, said Emiliana Simon-Thomas, who studies human happiness at UC Berkeley.

“When we hug a person, both people in that exchange release oxytocin,” she said. “When we release oxytocin, we feel pleasure, we feel warmth, we feel that sense of safety. Our stress physiology becomes quieter. Oxytocin is a really important part of our collective demeanor as a species.”

A species that, these days, is supposed to be socially distanced, which – while safer – can feel very isolating. In just a few months we went from this:

… to, well, even the slightly more absurd:

We Finally Reunited (And Made Social Distancing Arms)

Any way you look at it, zero physical contact is bad for our health. But, Simon-Thomas told correspondent Luke Burbank, there are some ways to keep connected to each other: “I think it’s gonna be a challenge. And I think we are gonna have to take on some compensatory behaviors. If it’s something like making eye contact more deliberately with other people who we encounter, even at a six-foot distance, in times where previously we would’ve just walked by, we need to make that eye contact.”

Simon-Thomas said there are still things we can do to boost our oxytocin – engaging in small talk with strangers, and (weird as it may sound) even hugging ourselves, solo, can help make up for some of this loss of human connection.

But the big question is, is hugging someone outside your “bubble” ever okay these days?

“If you want zero risk, don’t hug,” said Linsey Marr, an environmental engineer at Virginia Tech and a leading expert on how the virus is transmitted. She said there’s still hope for the hug, but there are some rules.

Marr said, “If there’s someone you really want to hug, I think the safest way to do it is to, first of all, make sure both people are wearing a mask. Second of all, start from a distance, [and] cross that distance quickly to get to your hug. Keep your faces away from each other, in fact pointing in opposite directions.”

If you’re having trouble visualizing it, The New York Times published this handy guide to safe (or at least safe-er) hugging for reference, based on Marr’s recommendations.

How to hug during a pandemic.

Meanwhile, in Washington State, where Burbank lives, some of the strict quarantine measures were lifted, which had him excited to hug my his daughter for the first time in three months. Burbank printed out the New York Times graphic and texted it to her, “so we’re on the same page about safe hugging!”

Luke Burbank greets his daughter with a pandemic-acceptable hug.

After his reunion with his daughter, Burbank asked Dr. Marr to analysis their hug:

“But otherwise, I would say that’s a pretty good hug.”

Even if you can’t get a “pretty good hug” in real life, said Simon-Thomas, even just the memory of a good hug can go a long way: “I think we all have to sort of figure that equation out for ourselves. And then I also think for adults in particular, we can use our powers of visualization. We can imagine the times that we have been touching people who we trust and care about.”

So, go ahead and watch all the adorable hugging videos you want. After all, it’s self-care – something we can probably all use a little more of these days.