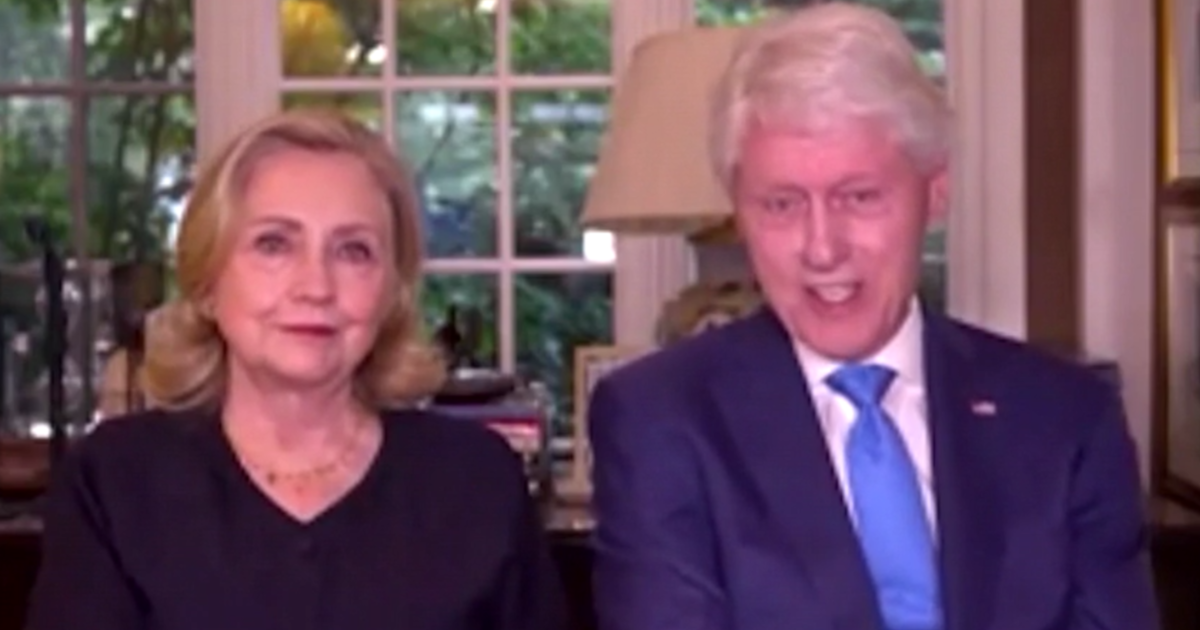 The Clintons remember the “joy” of knowing John Lewis

Those celebrating the life of John Lewis include former President Bill Clinton and former Secretary of State Hillary Clinton. In an exclusive interview with “CBS This Morning,” they told Gayle King how they were heavily influenced by his leadership.

Lewis served over 30 years in Congress, working closely with both Clintons through the Clinton, Bush and Obama administrations. The Clintons remember him as a loyal friend and a man who for many years was “the nation’s conscience” in Congress.

They told King the best way to remember Lewis is by exercising the right to vote that he fought for and spent a lifetime working to protect.

Read parts of their conversation below.

Bill Clinton: I never was around him that I didn’t feel bigger and better and that I didn’t want to do something that made a difference.

Gayle King: President Clinton, you called him the conscience of the nation. What do you mean by that?

Mr. Clinton: He was nearly killed in Selma and one or two other times in Tennessee, and he just kept doing what he thought was right.

King: A lot of people are hoping that the Pettus Bridge will be renamed, too, and called the John R. Lewis.

Mr. Clinton: You know, in 2000, I was holding his hand walking across the bridge on the 35th anniversary. Then when Hillary was a senator, and the both of us walked across with him. And then … he walked across it with President Obama. He was always there. … Whether he was tired or full of energy, he was always there. … He showed up to honor people and events he believed in.

King: Someone said about him that “he never made you feel guilty. He just made you feel responsible.” Do you think that’s a true characterization of him?

King: When you first heard the news that we had lost him, what was your initial thought?

Secretary Clinton: You know, it was such a sense of both personal loss … and a sense of national tragic loss, especially at this time, Gayle, where his voice, his moral authority is so desperately needed. … It was such a joy of my life to be his friend, and I want to say something about joy because we talk about his incredible life of service and activism and, yes, putting his life on the line … but he was a joyful man. He was someone who had a good time. If you ever saw him dance. He had a big smile on his face. He had a joy that just was contagious.

Secretary Clinton: I just remember, you know, looking up and there he was. I was so surprised. And he had that smile on his face that I loved seeing. And he goes, “Well, I was in the neighborhood, and I thought I’d come by, see how you were doing.” … That’s the kind of friend he was.

King: What does this loss mean to the country, do you think? Especially at this particular time?

Mr. Clinton: I think one of the things that I did feel very grateful for, having known him for a long, long time, that he lived long enough to see the outpouring of public support. After what happened to George Floyd and all those other fine people who were — lost their lives. … Finally, there was this galvanizing of the opinion in America that John said, himself, was much broader-based than what happened in the ’60s and the civil rights years. So I’m glad he lived to see that, and we need to finish the work now.

King: Yeah, and here we sit in the country right now. We seem to be going through two crises, actually, the coronavirus pandemic, of course, and now the racial strife and racial injustice that we’re all feeling. He spoke a lot about getting into what he called “good trouble.” I love that phrase. What does that look like to both of you as we try to move forward and heal during this time?

Mr. Clinton: I think we have to remember that the great genius of John Lewis through all those years in Congress and all those years in the civil rights movement was that he knew how to make good trouble, and he knew how to heal troubled waters. … It’s a matter of heart, as well as mind, and he was a genius at it. The rest of us need to be searching for that perfect pitch he had.

Mr. Clinton: We should take time off to honor him and ask ourselves what was it about John Lewis that we respected, that we loved, that we need. And then the rest of us should seek our own way to model that, to sort of live for him and let him live through trying to make America better.

Secretary Clinton: One of the ways to pay tribute to John Lewis is by finally passing the Voting Rights Act once again with teeth and meaning to it and naming it after him. … Name it the John Lewis Voting Rights Act, and his lifetime of work and sacrifice and physical and emotional stress that came in as he continued to advocate for every person’s right to have a vote that would count would be the best tribute we could give him.

King: Who picks up the mantle for John Lewis? Who is that person?

Secretary Clinton: People are stepping up and basically saying, “Send me. I’m ready. I want to do my part.” … They know what we’ve lost, and of course, the very least anybody can do is to vote. …. Think about what John Lewis went through in order to get us the right to vote, and for heaven sakes, think about him in the weeks and months ahead, and turn out and vote, if for no other reason than to honor the legacy of this really great American.