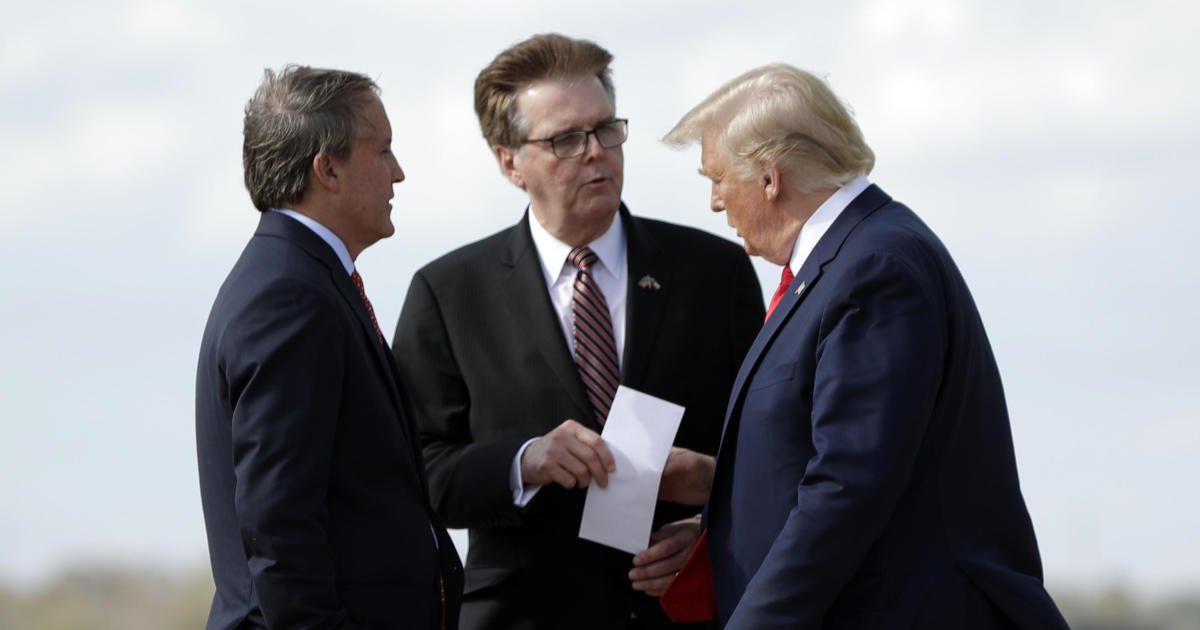 Houston — Texas Lt. Governor Dan Patrick announced Tuesday that he would pay up to $1 million from his campaign account to incentivize, encourage and reward people to come forward and report voter fraud from anywhere in the country, CBS Dallas Fort Worth reports.

“Whistleblowers and tipsters should turn over their evidence to local law enforcement. Anyone who provides information that leads to an arrest and final conviction of voter fraud will be paid a minimum of $25,000,” said Patrick in a news release.

Joe Biden became President-elect on Saturday when he surpassed 270 electoral votes with his projected win in Pennsylvania, but Mr. Trump has refused to acknowledge the legitimacy of the results reported by state election authorities.

Mr. Trump’s re-election campaign has filed numerous complaints and affidavits in courts around the country alleging unfair elections and voter fraud. So far, no court has confirmed any of the allegations or made any decision reversing any election results.

“I support President Trump’s efforts to identify voter fraud in the presidential election and his commitment to making sure that every legal vote is counted and every illegal vote is disqualified,” Patrick said. “President Trump’s pursuit of voter fraud is not only essential to determine the outcome of this election, it is essential to maintain our democracy and restore faith in future elections.”

In response to Patrick’s call, Lt. Governor John Fetterman of Pennsylvania, one of the states where Trump campaign legal challenges are pending, took to Twitter to say: “Hey, Governor Patrick- it’s your counterpart in Pennsylvania. I’d like to collect your handsome reward for reporting voter fraud. I got a dude in Forty Fort, PA who tried to have his dead mom vote for Trump. I’d like mine in Sheetz gift cards pls. ps. The Cowboys blow.”

I’d like to collect your handsome reward for reporting voter fraud.

I got a dude in Forty Fort, PA who tried to have his dead mom vote for Trump.

“You could argue that this is an in-kind contribution to the Donald Trump campaign. That’s his problem,” Clancy said.

Patrick spokeswoman Sherry Sylvester said the offer was about voter fraud “regardless of the outcome of the election,” and restoring public confidence in the electoral process.

Most Republicans are refusing to congratulate Biden or declining to push Mr. Trump to accept the outcome.

On Tuesday, President-elect Biden called Mr. Trump’s refusal to concede “an embarrassment,” and went on to say: “How can I say this tactfully — I think it will not help the president’s legacy.”