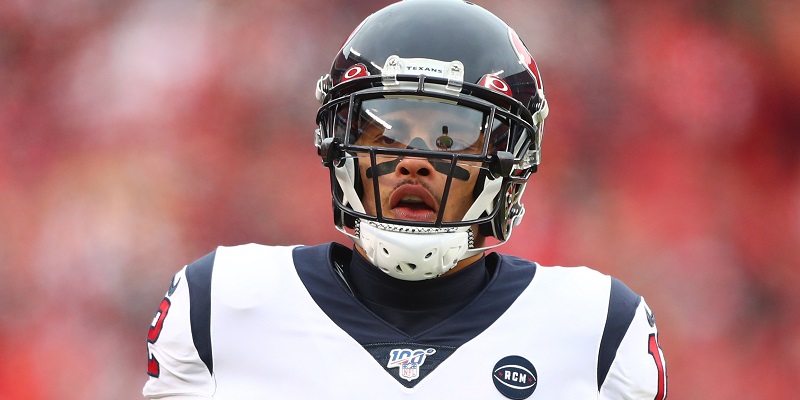 Houston Texans wide receiver Kenny Stills was arrested and charged with a felony during a protest at the home of Kentucky’s attorney general.

Stills, 28, was charged with intimidating a participant in the legal process, which is a felony, according to the Louisville jail’s booking log. The log shows Stills was booked at 11:36 p.m. local time Tuesday and was one of 87 participants arrested after marching to the home of the Attorney General Daniel Cameron to protest the shooting death of Breonna Taylor. 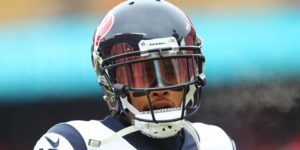 A statement issued by Louisville Metro Police indicates protesters were “given the chance to leave” the area of Cameron’s home before being arrested.

All 87 protesters face similar chargers, per the department statement, for attempting to “influence the decision of the Attorney General with their actions.”

Stills took to Twitter on Wednesday afternoon, writing his arrest was “good trouble.” He added, “Arrested for peacefully protesting. While Breonnas Taylor’s murderers are still out on the street.”

“Good trouble” with my brothers and sisters- organized by @untilfreedom.

Taylor, 26, was shot eight times by plainclothes officers serving a no-knock search warrant on March 13 for narcotics at her apartment.

Cameron has been the subject of multiple protests in Louisville for not charging the three officers involved in Taylor’s killing. One was fired. Stills had 40 receptions in 2019 and is expected to have a bigger role in the Texans’ reconfigured offense this season with DeAndre Hopkins traded to the Arizona Cardinals.

While with the Miami Dolphins, Stills knelt during the national anthem to bring attention to social justice issues, including police brutality. He attended the funeral of George Floyd in Houston last month and has participated in other marches and protests in Louisville.