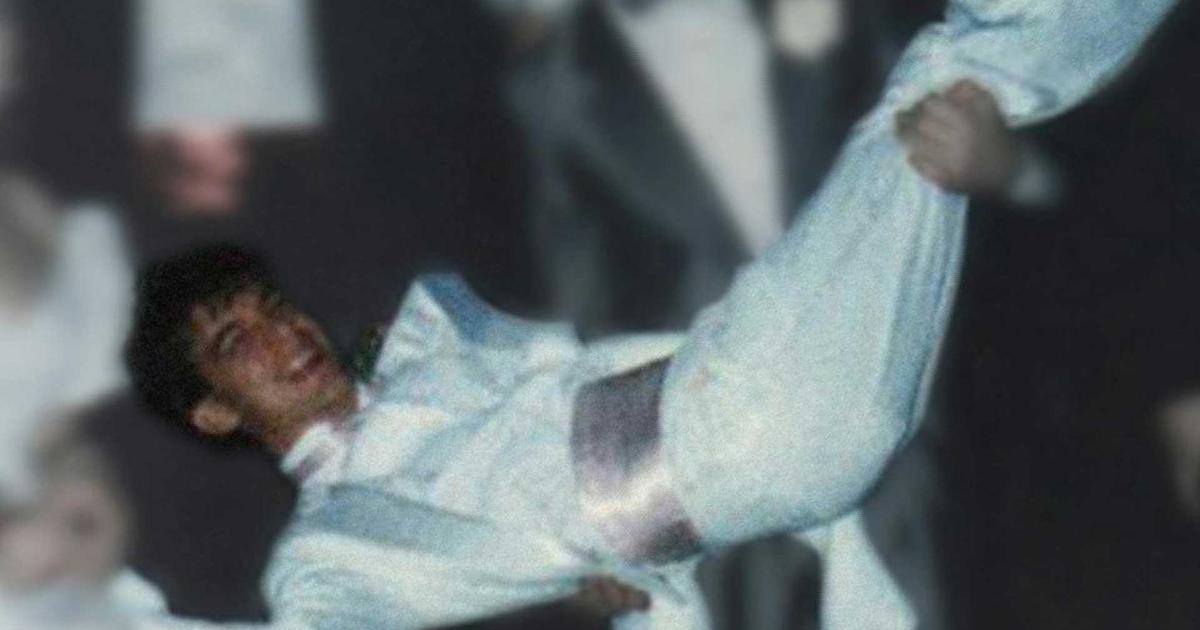 Teen accused of killing his family in argument over prom

Did an Indiana teenager murder four members of his family in an argument over prom? CBS News chief investigator and senior national correspondent Jim Axelrod reports on the 30-year-old Pelley family murder case — a case that’s still working its way through the legal system today — and the path of Jessi Toronjo, a sibling left to pick up the pieces in an encore of “48 Hours Live to Tell: Murder on Prom Night,” airing Saturday, August 15 at 10/9c on CBS.

From tweeting celebrities for a date, to hiring helicopters instead of limos, there seems to be no limit to what teenagers will do to make their prom a night to remember. But just how far would a teenager go for his senior dance? Detectives in Lakeville, Indiana, say 17-year-old Jeff Pelley was willing to kill his family to make his 1989 prom night perfect.

More than 30 years later, former Indiana State Police Detective Mark Senter says he still remembers walking into the Pelley family home on Sunday April 30, 1989. “No one should have seen what we saw that morning.” What Senter saw in the home adjacent to the Olive Branch Church was gruesome: Reverend Robert Pelley, his wife Dawn, and Dawn’s daughters Janel and Jolene were shot at close range with a shotgun. Parishioners discovered the four bodies when Bob Pelley and his family did not show up for services that morning.

Three of the Pelley family children were not at the house the night of the murders. Jessica Pelley, 9, slept over at a nearby friend’s house. Jacque Pelley was out of town, and Jeff Pelley, 17, attended the LaVille High School senior prom and was with friends at Great America, a Chicago area amusement park, as part of the after-prom events that Sunday.

Reverend Robert Pelley, his wife Dawn, and Dawn’s daughters Janel and Jolene [all pictured in the front row] were murdered in the attack in their home on April 30, 1989. Three of the Pelley children Jacque, Jeff and Jessica [back row from left] were not home that night.

For Senter and other investigators at the Pelley house, there were several clues that stuck out. The doors were locked and the curtains were closed, which neighbors in the tiny town of Lakeville said was unusual. A shotgun was also missing from the family gun rack and judging from the location of Bob Pelley’s body in the hallway, detectives surmised that whoever killed him came from a bedroom not accessible from the outside.

“It did not look like a burglary. It did not look like a home invasion,” Senter recalls. “As a detective I saw the worst of the worst that morning, but we had a job to do. So immediately started talking about suspects.” The one suspect that investigators began to look into almost immediately was Jeff Pelley. Senter was familiar with Jeff Pelley. Just weeks before prom Jeff was caught stealing CDs and some money from a nearby home and Senter worked the investigation.

While investigators had a motive, the case against Jeff was thin, said John Botich, a retired St Joseph’s County detective who also worked the case. “We didn’t have any forensic evidence. We didn’t find a murder weapon… No eyewitnesses. We had circumstantial evidence and the timeline. Very tough case to prove very tough case to prosecute.”

Prosecutors initially declined to press charges on Jeff Pelley and he eventually married, had a son, and built a successful career as a computer consultant in Florida. But in 2002, a new prosecutor took a look at the case and decided to charge Pelley with four counts of homicide, even though there was no new evidence. Authorities arrested Jeff Pelley at Los Angeles International Airport on his way home from a business trip.

Frank Schaffer, then an Assistant District Attorney for St Joseph’s County, said the case hinged mainly on Pelley’s motive – his anger over prom — and the timeline of events on Saturday, April 29th, 1989.

Jeff Pelley attended the LaVille High School prom on the night of Saturday, April 29, 1989. The next day, police responded to a grizzly crime scene at his home in Lakeville, Indiana. Prosecutors believed that the 17-year-old shot his father in an argument over prom and then had to get rid of the surviving witnesses, all within a roughly 30-minute timeframe.

At Pelley’s 2006 trial, Schaffer argued that Jeff Pelley shot his father in an argument over prom and then had to get rid of the surviving witnesses, all within a roughly 30-minute timeframe.

“It was a very, very small window when the family could have been murdered, and it was very clear the only person who could have done this was Jeff,” Schaffer said.

According to Schaffer, numerous witnesses who stopped by the Pelley household before prom to show off their dresses and pose for pictures, helped build the prosecution’s timeline. “On Saturday April 29th, the Pelley house was definitely buzzing. Many of the individuals going to the prom wanted to come by and show Bob their prom dress, their prom tux…. So up until roughly 5 o’clock there was a lot of traffic in and out of the home.”

But Schaffer said that by 5:30, no other visitors could get into the house and Jeff’s car was gone from the driveway. “The house was locked up as tight as a drum. It became very clear that the murders had to happen between say 5 and 5:20.”

Pelley’s defense attorney Alan Baum disputed the prosecution’s allegations that Jeff killed his family and then attended prom as if nothing had happened. “From all indications, the people that were with Jeff that night described him as just one of the group, they were having a good time. To think he could spend that whole evening doing all of the things they did and just having fun like a kid after murdering his family is preposterous.”

In the summer of 2006, a jury found Jeff Pelley guilty for the murders of Bob, Dawn, Janel and Jolene Pelley, and he was sentenced to 160 years in prison. However, more than three decades after the murders, Jeff Pelley’s case is still working its way through the courts. The Indiana University McKinney Wrongful Conviction Clinic is representing Jeff Pelley and has filed a motion for post-conviction relief

Read More: Teen accused of killing his family in argument over prom