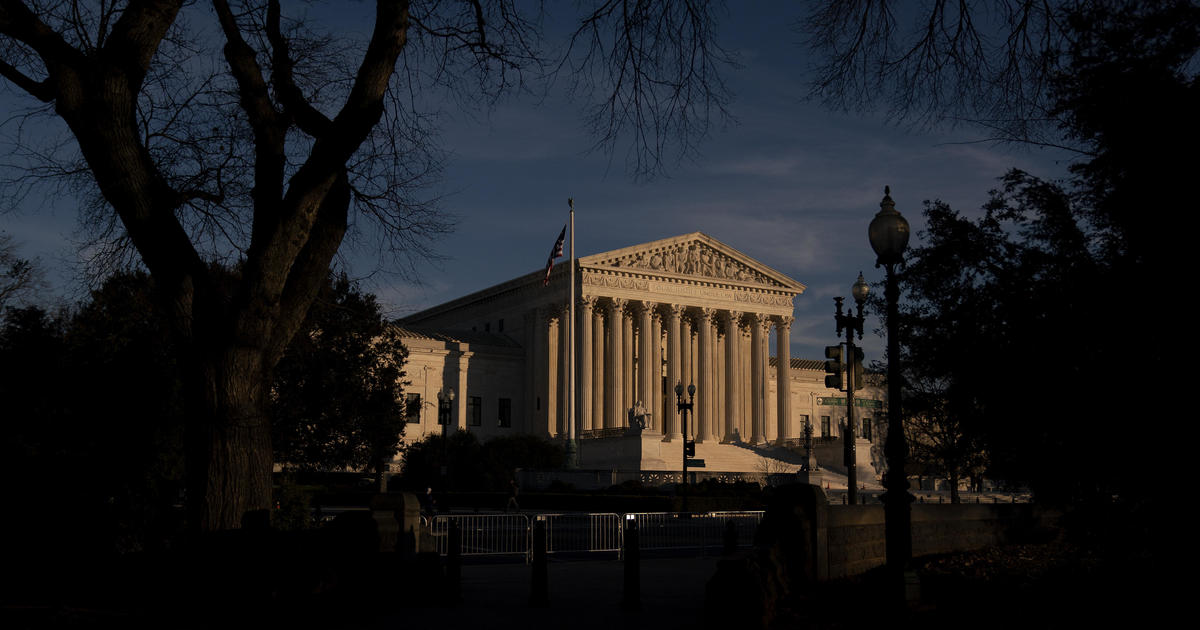 Washington — The Supreme Court on Monday declined to take up a legal battle over a Kansas requirement that people seeking to register to vote in the state provide documentary proof of U.S. citizenship.

In rejecting the request from the attorney general of Kansas to revive the measure, the high court left in place a lower court ruling that invalidated the requirement. Justice Neil Gorsuch did not take part in the consideration of the petition.

The dispute centers around a 2011 law passed by the Kansas legislature that requires people registering for the first time to vote in Kansas to prove they are U.S. citizens. To establish citizenship for voter registration, the law says prospective voters can provide one of 13 different documents, including a copy of a birth citizenship or valid or expired passport. Those who do not submit proof of citizenship at the time of registration have 90 days to provide documentation, but if the applicant does not provide proof of citizenship within that window, the application is canceled.

In 2015 and 2016, two lawsuits were filed in the federal district court in Kansas seeking to block implementation of the proof of citizenship requirement. The first suit filed argued the measure ran afoul of the Constitution, while the second suit asserted that Section 5 of the National Voter Registration Act, known as the “motor voter” provision, preempted Kansas’s requirement. The two cases were then consolidated.

The district court decided against the state in the dispute over the requirement, ruling the law violated federal law and the Constitution. The 10 U.S. Circuit Court of Appeals affirmed, finding the requirement “unconstitutionally burdens the right to vote because the interests asserted … are insufficient to justify the burden it imposes on that right.”

In asking the Supreme Court to hear the case, Kansas Solicitor General Toby Crouse said the 10th Circuit’s decision “epitomizes what the Framers feared — an overbroad application of federal law that encroaches on a state’s authority to define who qualifies to vote.”

“While the Elections Clause grants Congress power to regulate the time, place, and manner of federal elections, it does not override the states’ authority to set and verify voter qualifications,” the state argued.

But lawyers representing individuals who were prevented from voting because of the law told the Supreme Court that Kansas is the only state in the country that requires registrants to present a citizenship document rather than signing an attestation or providing a driver’s license number. The requirement, they said, prevented more than 31,000 people from being registered to vote in the three years it was enforced.

“The decision below does not implicate voter registration practices beyond Kansas. Moreover, the Kansas law at issue had already been rendered inoperative in part through separate litigation, in which this court denied certiorari — as is common in voting rights cases,” they argued. “And, contrary to petitioner’s assertions, this case does not implicate the constitutional authority of states to set qualifications for voting.”

First COVID vaccine given in New York: "Weapon that will end the war" »