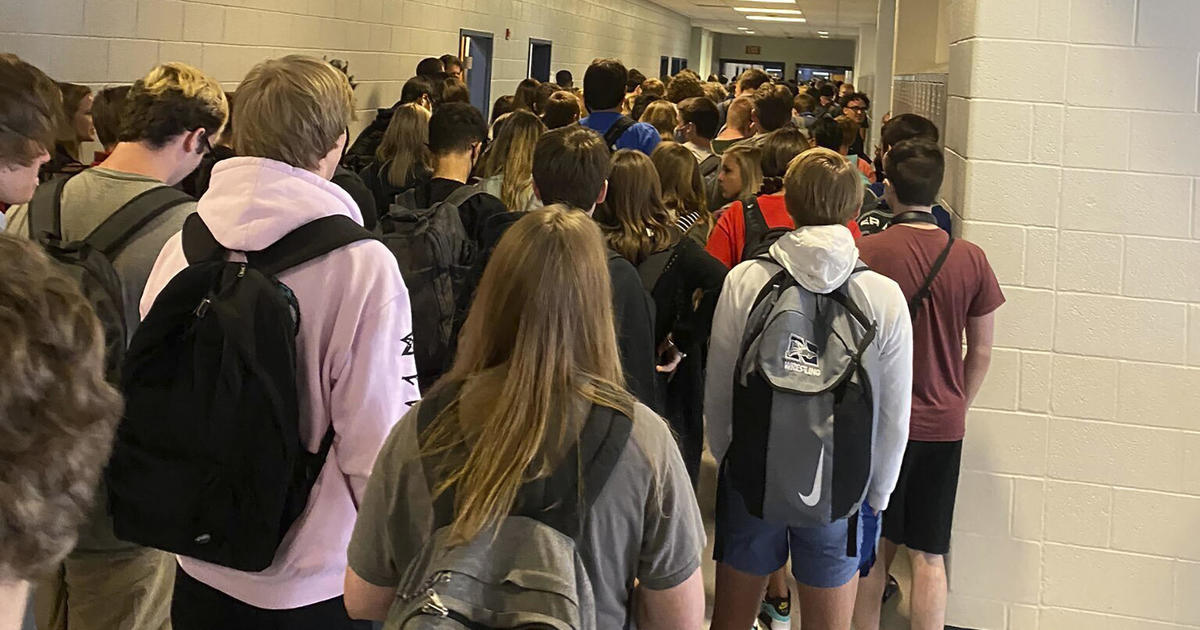 A Georgia high school sophomore who shared a viral photo of a packed school hallway said Sunday she has been receiving threats since posting the image last week. Hannah Watters said in an interview on CNN that North Paulding High School “used us as guinea pigs.”

Watters said she’s faced threats since she and another student shared pictures that captured national attention showing students shoulder-to-shoulder in a crowded hallway, many without masks.

“I know I’m doing the right thing and it’s not going to stop them from doing it, but it is concerning, especially since it’s a lot of the people that I go to school with,” she said. “People I’ve known for years now that are threatening me now.'”

The school reopened for in-person learning on August 3, but has already had to shut down again for several days of cleaning after six students and three staff members tested positive for COVID-19.

In this photo posted on Twitter, students crowd a hallway at North Paulding High School in Dallas, Georgia, on Aug. 4, 2020.

School officials initially suspended Watters and another student for sharing the photos, but later reversed that decision.

When asked about the threats, Watters said they’re mostly coming from high school seniors who think she’s trying to disrupt their final year.

“Some of things are like, “We’re gonna jump every girl named Hannah in the tenth grade’ or ‘Hannah is gonna have rough day in school on Monday,'” she told CNN. “Someone even said, ‘I know where this girl lives’ because he lives in my neighborhood.'”

“I just hope that sooner or later, everyone can understand that I’m not trying to shut it down,” she added. “And when I did ‘expose’ Paulding County, it wasn’t to cancel the senior year, it’s not to go after anyone, it was just to keep us all safe.”

She halso ad a message for school administrators who continue to defend reopening despite Georgia’s high rate of coronavirus cases.

“We could have just delayed opening like many other schools and many other counties,” she said, adding that more safety precautions and plans could have been taken. “They kind of sent us to school and used us as guinea pigs to see what would happen later on.”

After a number of positive coronavirus tests among students and staff members who returned to class last week, the school said it was shifting to online learning at least for Monday and Tuesday, according to a letter sent to students’ parents and guardians on Sunday.

The controversy at the Georgia high school comes as the re-opening of schools in the U.S. has been met with fierce debate. Lawmakers, parents, teachers and students are divided on the issue as the pandemic continues to surge throughout many communities.