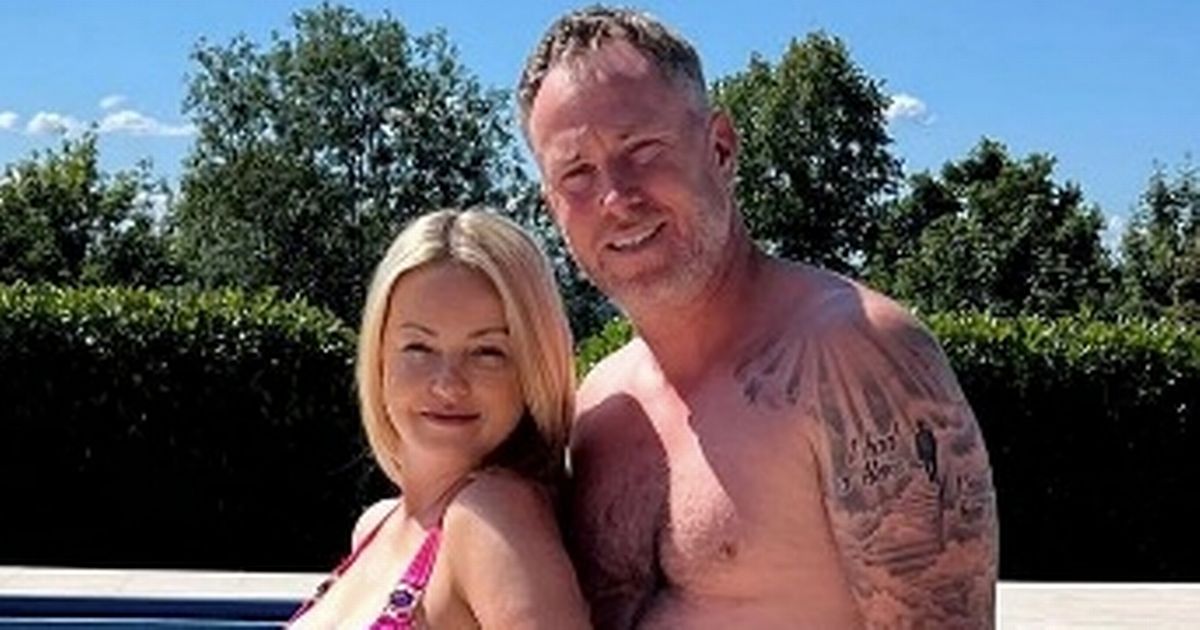 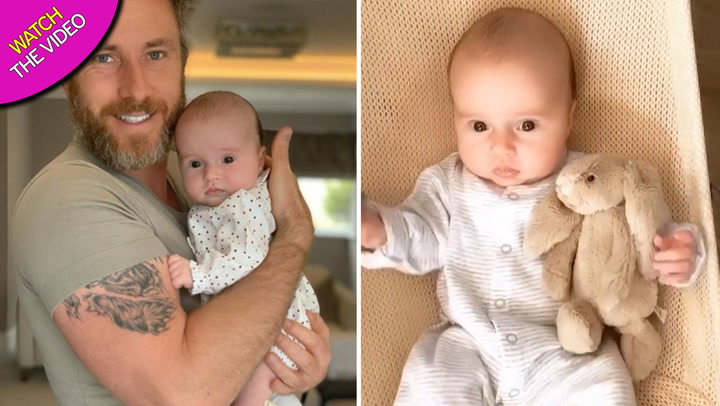 James Jordan shows of his and Ola’s adorable new born

Strictly Come Dancing stars James and Ola Jordan say their “mum and dad bods” have ruined their sex life as their “bellies get in the way”.

Embracing a new appearance, which is a stark difference from their years being two of the hottest stars on telly, the couple have opened up about their dramatic transformation.

James, 44, and Ola, 39, went viral on Instagram last week after posting a brazen filter-free picture of their pair living their best lives.

The couple, who appeared on Strictly between 2006 and 2015, were pictured stood by the pool at their home in Kent without a care in the world.

Ola and James Jordan have shared their weight gain snaps

Speaking of the viral snap, James told The Sun: “We were like, ‘Oh my God, we look like fat old people’. I’ve just got this ­massive gut, I call it my overhang.

“And Ola has put on weight too. We’ve got in this position together.”

James openly admits his love for McDonald’s, Burger King and Chinese takeaways has affected the pair’s love life in the bedroom department.

Ola also agrees the pair’s sex life is “definitely different, if not worse” because they are “so fat”.

Ola and James during their Strictly Come Dancing days

Ola and James were popular figures on the dance contest

“The bellies get in the way of us when it comes to sex. And I’m a bit heavy now. It’s not as exciting,” she told The Sun.

James say their sex life is troubled because of their “mum and dad bods”, meaning he can’t throw Ola about like he is used to doing.

He says they both realise they “need to switch up our eating habits” in order to get back in shape and grant James’ wish of holding Ola above his head again.

Ola joked if they tried the stunt in the pool with their current bods she would make James sink.

The couple, who met in 1999 and have a two- year-old daughter, Ella, openly say they are looking for no sympathy and acknowledge they piled on the pounds with their own doing.

James says they have collectively “eaten more and moved less”.

He is also frustrated with his “proper old beer belly” because his stomach hair is now becoming stuck in his belt, a sensation he says is “really weird”.

The Strictly star blames “bad lifestyle choices” for the couple’s new look, but quite rightly insists that he and his wife are “very honest about it”.

James says he still very much fancies Ola but does “prefer her smaller”, saying “it is what it is”.

Ola, also speaking very brazenly, admitted she sometimes prefers looking at the “fitties” on Love Island than her husband and his “dad bod”.

The couple admit they are “obese” and Ola has spoken out about not feeling healthy and feeling out of breath, despite being a professional dancer.

James has said he sometimes looks at pictures of their bodies years ago on the internet for motivation as they begin a new fitness journey.

He has set himself Ola the goal of getting back on the dance floor soon, with the intention of lifting his wife above his head once more – much like his bedroom dreams.