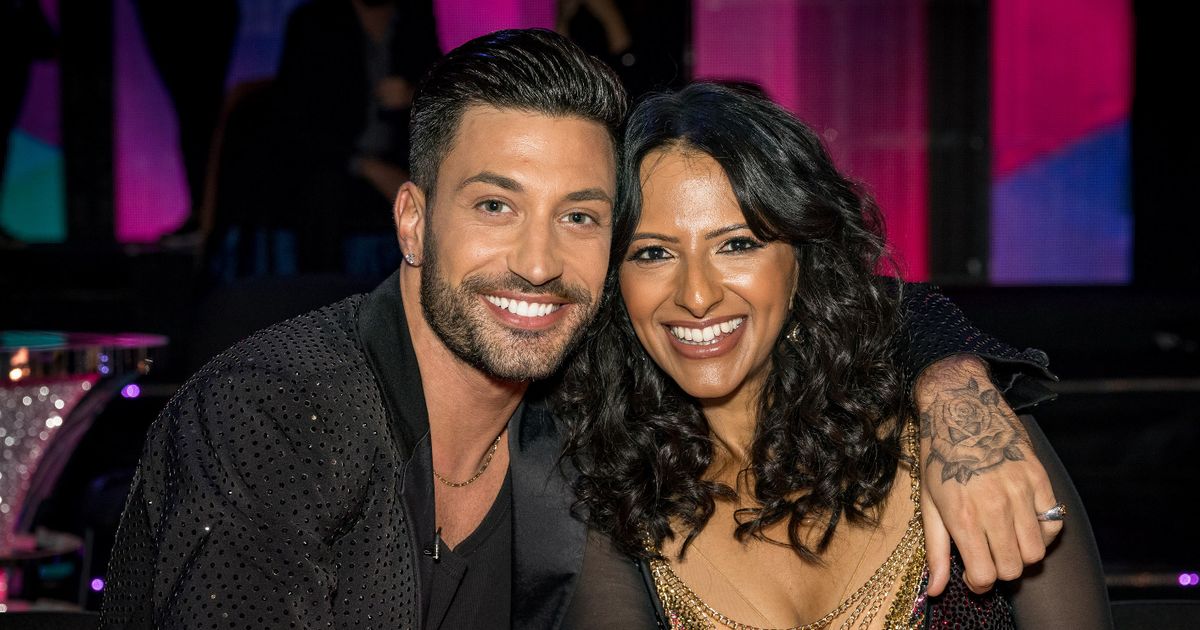 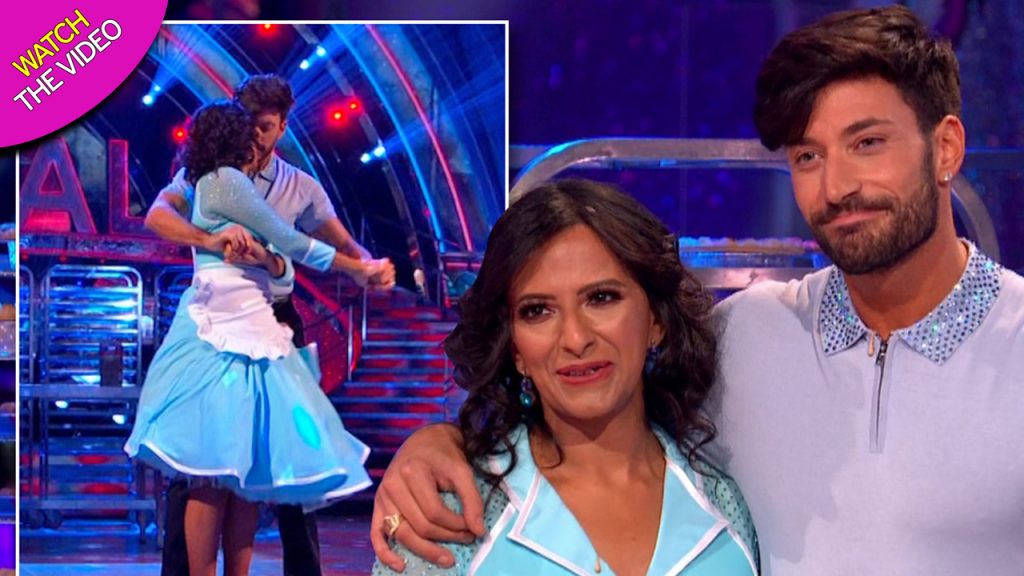 Viewers of the BBC One dance show have been guessing if the pair have become more than just good friends after noticing their sizzling chemistry as the competition heats up.

After last week’s romantic Viennese Waltz, Giovanni, 31, even appeared to kiss the divorced Good Morning Britain host, 43, on the forehead.

Ahead of tonight’s show, the pair have been spending more time than ever together as they rehearse for two dances for the first time this series. 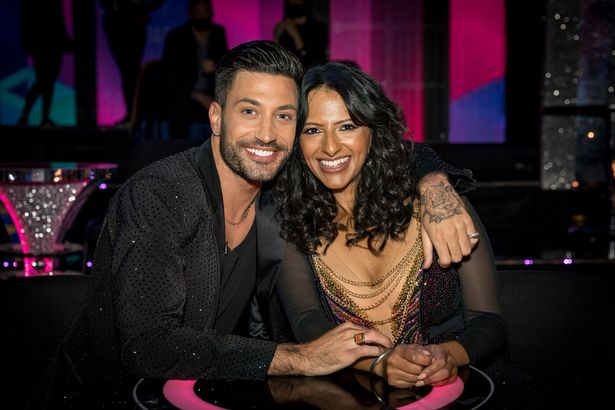 Giovanni revealed that the intense rehearsals were having quite the impact on Ranvir as he posted a screenshot of her messages to him at three in the morning.

Taking to Twitter, the Italian showed a message from Ranvir sent at 3.19am that read: “I’ve woken up and I’m doing the Jive in bed” alongside a cry-with-laughter and face-palm emoji.

Giovanni had carefully blocked out the previous messages so his followers couldn’t see their entire chat.

However, his message did reveal that Ranvir’s profile picture on the messaging service is a snap of her and Giovanni enjoying a private moment in training. 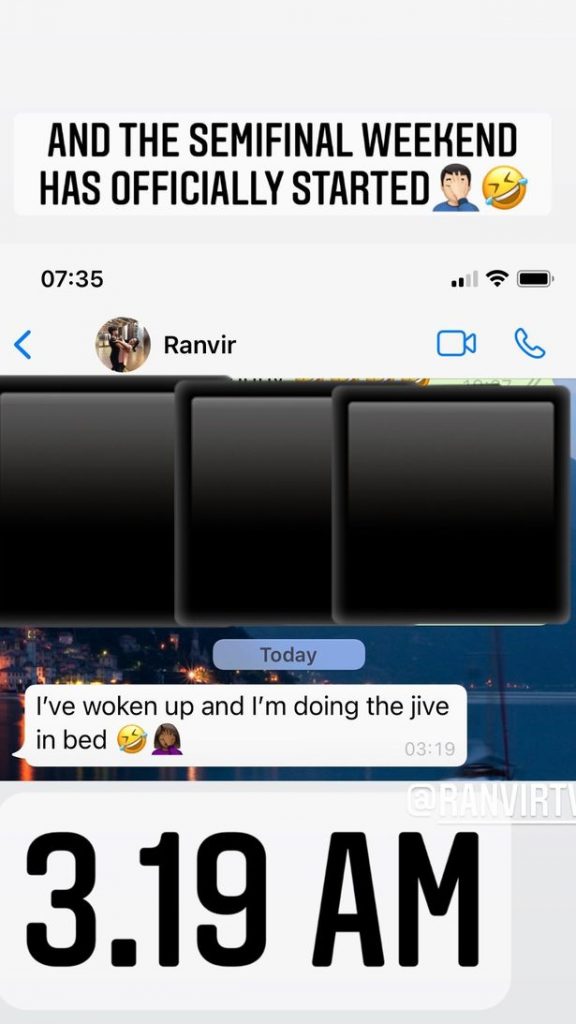 The snap showed the couple in hold as they went through one of their routines.

“And the semifinal weekend has official started,” quipped Giovanni as he showed off the presenter’s messages to the world.

Throughout this year’s series, Strictly fans have been enjoying guessing if the dancers have taken their relationship to the next level.

Giovanni ignited the feverish discussion after he was overheard whispering ‘come on baby’ to Ranvir during their dance in Musicals Week last Saturday. 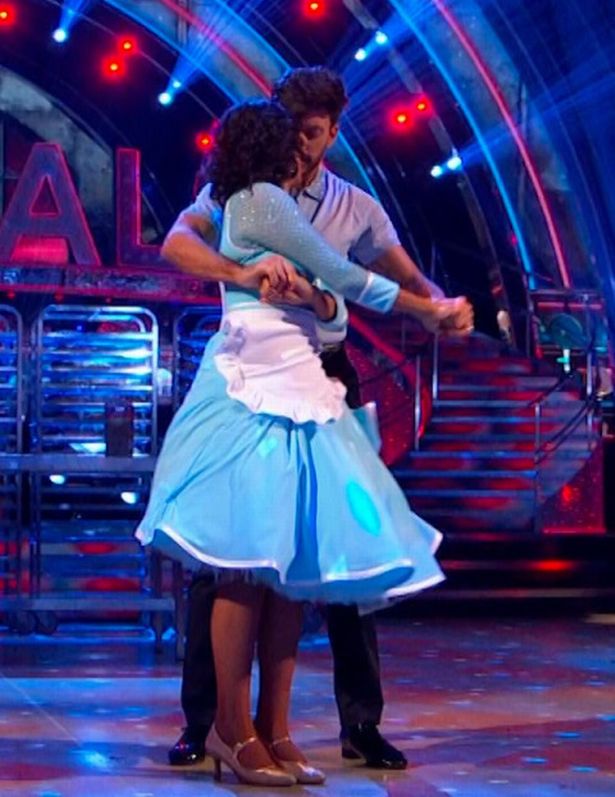 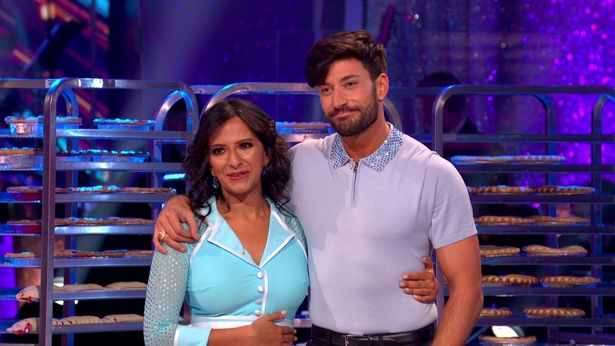 While speaking of the TV star on his social media, he called Ranvir a ‘beautiful princess.’

Discussing her connection with the professional in a chat with the Mirror last month, Ranvir gushed: “Giovanni is so amazing, he doesn’t need me to be sensational. He sizzles all by himself. It doesn’t matter whether I’m in the room or not, he’s sizzling away. The dances are all about being romantic and, of course, we have to make them convincing.

‘You’ve got to be game when you take part in Strictly. You can’t do things halfheartedly. I admit, it doesn’t come easily. You have to break down some of your own barriers and do things that can feel embarrassing at first.

“It’s very intimate,” she added. “Then your face is right in their face. It’s taken a bit of getting used to.”