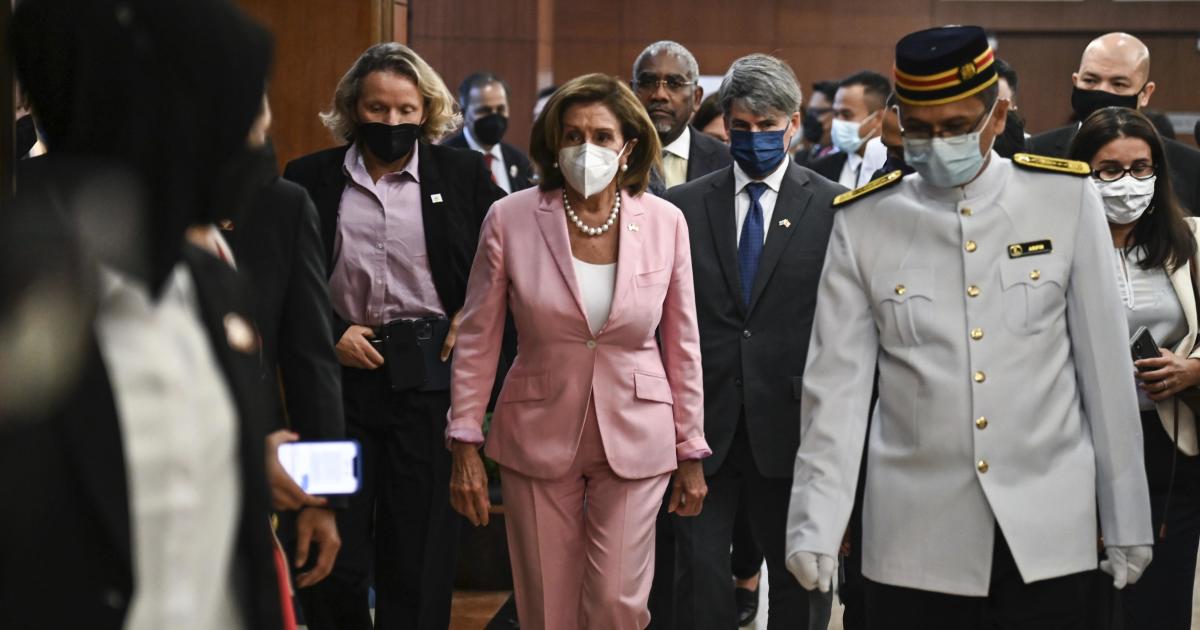 Wall Street opened lower Tuesday as a possible visit by U.S. House Speaker Nancy Pelosi to Taiwan has prompted threats from Beijing of a military response.

“Tensions between U.S, and China are likely to intensify given Pelosi’s intended visit to Taiwan, and the risks of an accident are likely underappreciated by markets,” TD Securities analysts said in a client note.

China sees Taiwan as its own territory and has repeatedly warned of “serious consequences” if the reported trip to the island democracy by the House speaker, who is second in the line of succession to the U.S. presidency, goes ahead. Pelosi has said she is visiting Singapore, Malaysia, South Korea and Japan for talks on a variety of topics, including trade, COVID-19, climate change and security.

While there have been no official announcements, local media in Taiwan reported Pelosi will arrive Tuesday night, making her the highest-ranking elected U.S. official to visit in more than 25 years.

“The first big relief point will be Pelosi’s safe arrival in Taiwan, followed by her safe departure,” said Stephen Innes, managing partner at SPI Asset Management. “No party wants a real war, but the risk of mishap or even aggressive war game escalation is real, which could always lead to a tactical mistake.”

Meanwhile, high inflation continues to drag on markets along with the potential for further interest rate hikes from central banks that could unintentionally push economies into a recession.

More than half of the companies in the S&P 500 have reported their latest earnings results, which have been mostly better than expected. However, companies have also warned that inflation is weighing on customer spending and squeezing operations. Businesses have been raising prices to try to keep up profits.

Uber jumped 14% in premarket after the ridesharing company said rides increased by 24% and revenue more than doubled in the second quarter as as Americans headed back to offices and are going out more as anxiety over COVID-19 eases.

BP shares rose 2.5% in premarket trading after the British energy giant reported that its earnings tripled in the second quarter as it profited from oil and natural gas prices that soared after Russia invaded Ukraine.

Wall Street will also get several updates on the job market, which has remained strong. The Labor Department will release its June survey on job openings and labor turnover on Tuesday and its closely-watched monthly employment report for July on Friday.

“Where is the economy going?” This is what experts are saying about America’s uncertain economic future

The economy is creaking, but likely isn’t in a recession

A surge in oil prices throughout the year only worsened the impact from inflation. U.S. crude oil prices are up roughly 25% in 2022 and that has raised gasoline prices in the U.S. to record levels.

In energy trading, benchmark U.S. crude gained 67 cents to $94.56 a barrel in electronic trading on the New York Mercantile Exchange. Brent crude, the international standard, rose 52 cents to $100.55 a barrel.