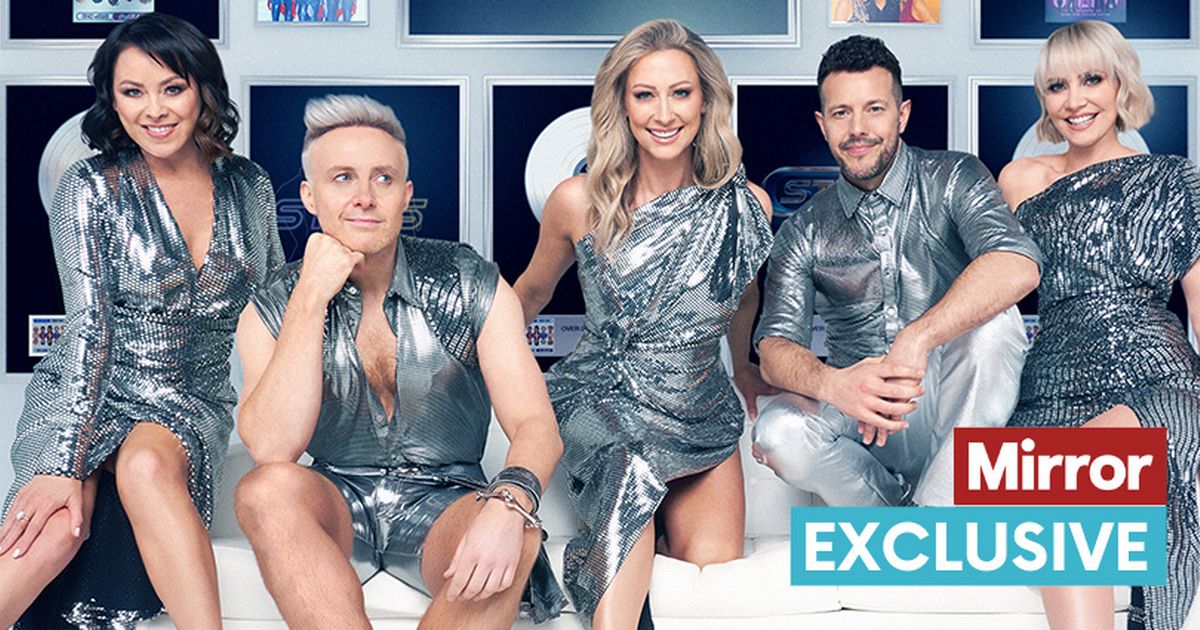 After a quarter of a century of classic hits, it would be a Tragedy if the beloved nineties band were not back on stage thrilling the fans in 5, 6, 7, 8. Steps’ Platinum Collection is released on August 19 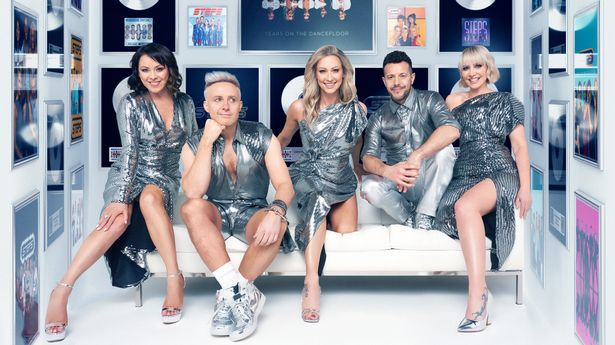 The band are as popular as ever

As one of the biggest bands of the 90s, it would have been a Tragedy if Steps never reformed.

But now, 25 years after they burst onto the pop scene with their catchy hits and iconic dance moves, the band are thrilling audiences once again.

And Claire Richards, Faye Tozer, Lisa Scott-Lee, Ian ‘H’ Watkins and Lee Latchford-Evans reckon their bond is stronger than ever.

As they laugh, talk and gently tease each other, the bandmates reminisce about their rollercoaster ride through the world of pop so far – they have sold 22 million records, bagged two UK No1s, and won a Brit Award.

Lee, 47, has never forgotten the day the five first met, after they answered an ad in The Stage newspaper.

He recalls: “I remember Faye’s mass of blonde curls and seeing H in a burgundy top and thinking he was pretty cool. Little did I know!” he laughs.

Claire, 44, adds: “I also made the mistake of thinking H was cool.”

While H, 46, says he initially had the hots for Lee. “I remember fancying the pants off Lee,” he recalls fondly.

“I wasn’t officially ‘out’ then, though, so I didn’t do any-thing about it.” Faye, 46, says there was an instant connection between the five from the beginning.

“We were kind of drawn together – as if it was meant to be,” she says.

It hasn’t all been plain sailing for Steps, though. There was an acrimonious split in 2001 when Claire and H left the band to form a duo.

Lisa, 46, compares being in Steps to being married – albeit to five people.

“Marriages, especially long marriages, have their highs and lows,” she says.

The band reformed in 2017, releasing a comeback album and having a sell-out tour. And, since then, they’ve gone from strength to strength.

This summer, they are performing at festivals across the UK and are releasing a Platinum Collection of greatest hits to mark their 25th anniversary.

It will include classics such as A Deeper Shade of Blue, 5,6,7,8 and the iconic Tragedy, as well as new single Hard 2 Forget.

“You work through your problems,” continues Lisa.

“We have – and now we’re well and truly back on track. Looking back, it’s good that we had a break and grew up a bit. Things that seem important when you’re young cease to be so when you get older.

“I doubt we’d still be here today if we hadn’t taken time out from each other.”

H agrees: “We’ve had our ups and downs but the important thing is, we love each other, we’re still here together and, we think, better than ever.”

As they discuss their many career highlights, Claire picks out playing Wembley for the first time. She says: “I’d worked there as a steward when I was a teenager and remember seeing the bands performing on stage and thinking, ‘I’ll be up there one day’.

“On that first performance, my former supervisor – who still worked there – left me a team T-shirt and a note telling me what time the stewards’ briefing was. Of course, she also said how proud of me she was!”

Faye’s most memorable moment is their first live gig after getting back together. “It was nerve-racking but so exciting and the beginning of a brilliant new chapter,” she says. H’s stand-out memory is more recent.

“It was last year when we all brought our kids up on stage during one of the numbers – Lisa’s two teens, Claire’s two, Faye’s teenage son and my twin boys, who are six now,” he says. “What a moment that was! It made me feel so proud and I realised how far we’d all come. Lee’s a dad now too so hopefully he’ll be able to bring his son up on stage at some point.”

While Lisa, H, Faye, Claire and Lee are all in their mid-40s, they say being back on stage keeps them young. “It’s like we’re in our early 20s again,” Claire says. “Although we are all older, wiser and more understanding of each other.” And Lisa adds: “I’ve still got the same energy – which is fortunate as I’m doing a two-hour show in three or four-inch heels!”

Steps’ music has stood the test of time and their new material has been receiving rave reviews. It’s something Faye is incredibly proud of.

“When we started out in the 90s, we were written off as a kind of novelty act,” she says. “But novelty acts don’t win Brit Awards like we have.”

So do Steps see themselves celebrating their golden anniversary in another 25 years?

“Maybe,” Lee says. “We have an amazing fanbase, a banging back catalogue, we’re putting out new material and having a fabulous time on stage. Why not keep doing it?”

Read More: Steps return to stage and are ‘truly back on track’ 25 years after storming the charts