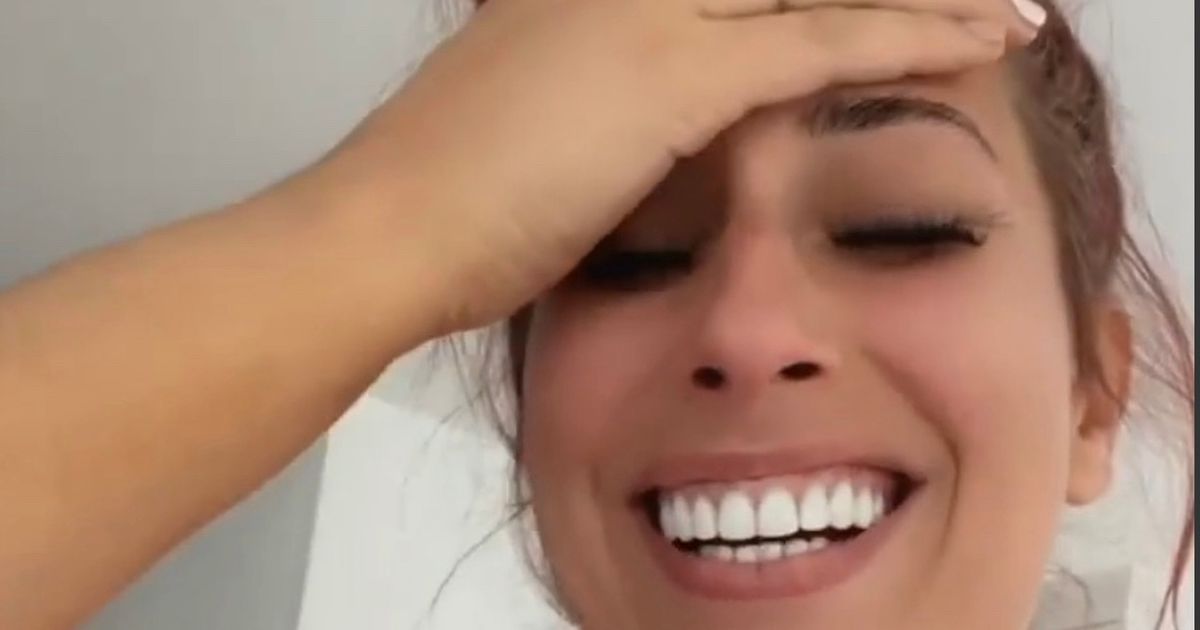 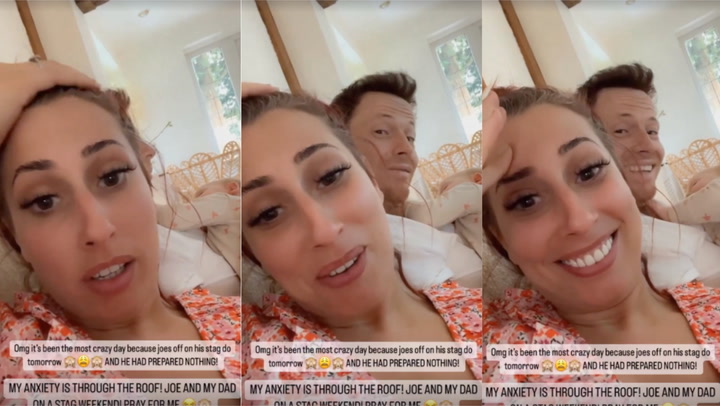 Stacey Solomon admits ‘anxiety’ as Joe packs for his stag do

The mum-of-four took to her Instagram stories to tell her followers how unprepared Joe is for the celebrations.

Joe is also set to take Stacey’s dad along with him which is causing her even more stress.

Stacey said that Joe hasn’t prepared anything despite going away on the trip in just hours.

She said: “Sorry I’ve been so quiet. Joe’s going on his stag weekend tomorrow and in typical Joe style, he’s not prepared at all. So it’s been one of those stressful days, I’m actually so worried about you going.”

Stacey told her followers about Joe’s upcoming Stag do

Stacey showed what Joe was packing

Stacey added: “Oh my gosh, he’s only taking my dad isn’t he. I’m double worrying, like both of them together.”

Later on in her stories, Stacey posted a video of Joe holding up some harem trousers where she begged him not to take when she described as ‘Aladdin trousers’.

Joe then went on to say that while he is away on holiday he wants to buy a beaded necklace.

Stacey joked her followers: “If you find Joe on his holiday looking for ‘beads’ I just want to be absolutely clear that he’s looking for a beaded necklace.”

Joe and Stacey are due to get married at their home Pickle Cottage in just a matter of weeks.

The pair got engaged back on Christmas Eve 2020 and were due to get married earlier but it had to be pushed back due to the coronavirus pandemic and because Stacey fell pregnant with their daughter, Rose.

Joe is taking harem trousers on his trip

Stacey recently showed her Instagram followers her wedding invites, despite getting married in July.

Her Loose Women pals said she was cutting it fine but Stacey insisted all of her guests knew the date of the wedding already.

It’s thought they may be tying the knot on 25 July.

Joe accidently revealed the news while on Loose Women when he said they would be getting married on the last Sunday in July.

Back in April Stacey told her followers that she had chosen a wedding dress for her special day.

She had a variety of stunning gowns brought to her home so she could choose with no pressure.

She gave a sneak peek of her trying some on but didn’t reveal which she eventually chose to go with.

The pair have been engaged since 2020

The pair are getting married at their home

The guest list is predicted to include Ruth Langsford, Linda Robson and Nadia Sawalha as well as Sophie Hinchliffe aka Mrs Hinch and Stacey’s sister Jemma.

Due to deciding to marry at their Essex home, Stacey and Joe have had to apply for a wedding licence.

Stacey has been updating her followers while she has been sorting catering and decorations for the big day.

Read More: Stacey Solomon fears for Joe Swash as she packs his case for raucous stag-do