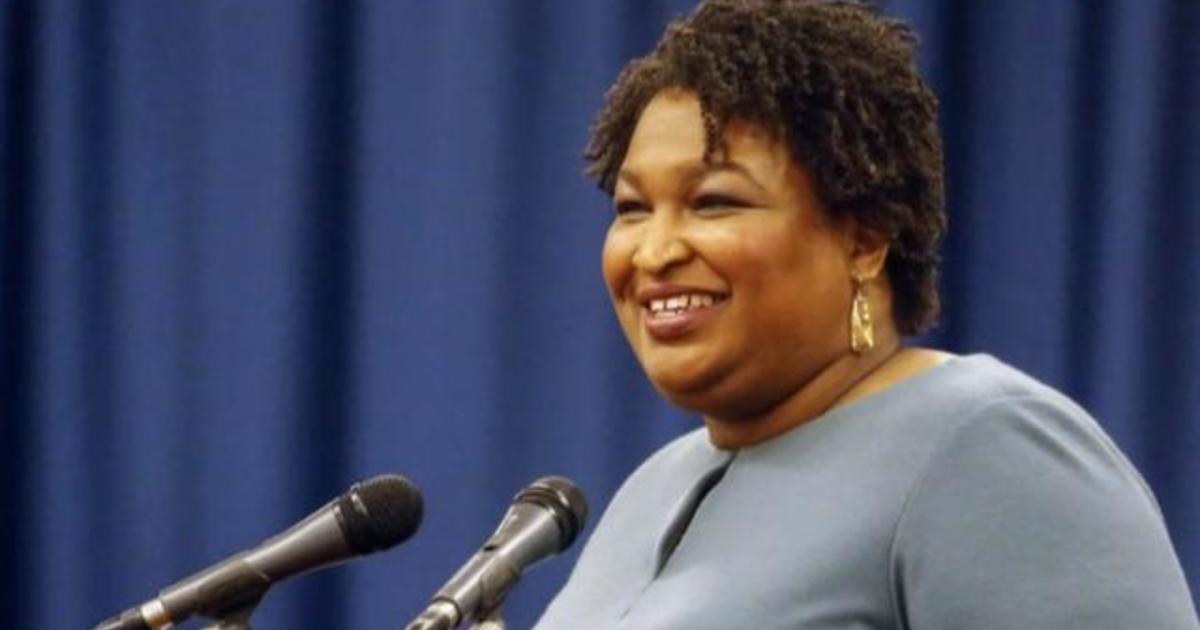 Stacey Abrams on “what’s at stake” in Georgia runoff elections

Georgia residents will vote in two Senate runoff elections on January 5, and early voting begins on Monday. Runoff elections are held when no candidate wins the the required majority of votes.

Both Republican and Democratic leaders have been campaigning for their respective party challengers, including Stacey Abrams, a Democrat and founder of the voting rights organization “Fair Fight.””

She told “CBS This Morning” on Monday that early voting shows an upward trend for the Democratic challengers.

“This is a state that is almost evenly divided. The presidential election was decided by fewer than 12,000 votes. But what’s at stake isn’t divisive, what’s at stake is relief for our communities. ,” she said.

Abrams said that 1.2 million Georgians have requested absentee ballots. Of that 1.2 million, she said 85,000 of those applications for mail-in ballots come from voters who didn’t cast ballots in November.

A record 5 million Georgians voted in the November 3 election, turning the state blue in the presidential election for the first time since 1992.

But this time, President Trump and President-elect Joe Biden are not on the ballot. In comparison, turnout has historically been lower during local and state runoff election.

Abrams said that she believes COVID-19 relief will keep the Democratic momentum going.

“As we head into a moment where Georgians face 160,000 evictions, we’ve had 4.1 million job loss claims, one-in-four businesses, small business have shut down during this pandemic,” Abrams said. “David and Kelly have done nothing. In fact, they have done nothing but cater to Mitch McConnell and Donald Trump instead of fighting for Georgia.”

Since then, Abrams has founded the group “Fair Fight” to fight voter suppression and help encourage voter turnout.

Abrams did not say if she would consider a second run for governor but said that she is focused on making sure Ossoff and Warnock head to nation’s capitol.

“That’s what I am thinking about, that’s what I’m focused on and that’s going to be my mission,” she said.