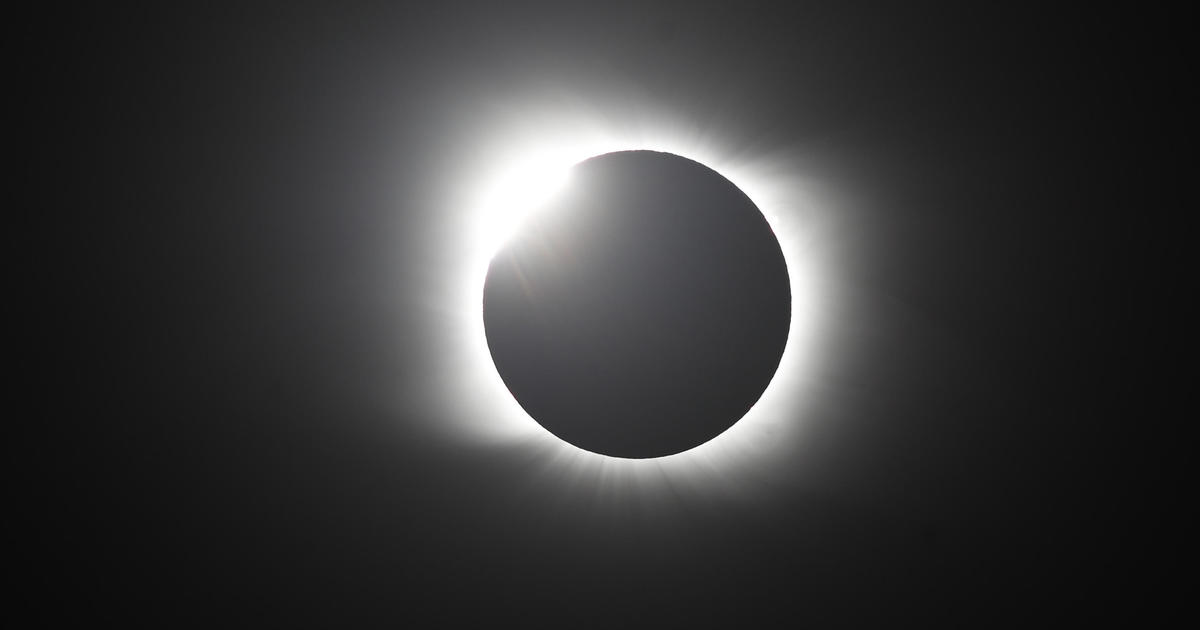 Thousands of people gathered in the Chilean region of La Araucanía on Monday to witness the only total solar eclipse of the year, rejoicing in the rare experience even though visibility was limited because of cloudy skies. Skies were clear in northern Patagonia in Argentina, where people also watched the moon briefly block out the sun and plunge daytime into darkness.

Many people wore masks to curb the spread of COVID-19, though they crowded together in some places in Pucón and in other areas of La Araucanía, 430 miles south of Santiago, the Chilean capital.

“It was worth the two minutes,″ said witness Diego Fuentes, who traveled south with his family to see the eclipse.

“I liked it a lot and it was good that there were clouds because we could see it a little without glasses,” said Catalina Morales, a girl who watched the eclipse with her father, Cristián Morales. He described it as “spectacular, a unique experience.”

Thousands jumped and shouted happily in the drizzle when the sun was completely covered by the moon and then silence descended for a few moments. People again screamed and whooped excitedly when the sun appeared again.

A solar eclipse is pictured during a cloudy day, in Villarrica, Chile December 14, 2020.

During the brief period of darkness, only the lights of cell phones were visible.

About 500,000 Indigenous people of the Mapuche ethnic group live in La Araucanía. They traditionally believe that the eclipse signals the momentary death of the sun after a fight with the moon and leads to negative fallout.

Diego Ancalao, member of a Mapuche community and head of an Indigenous foundation that promotes development, noted that a total solar eclipse in July 2019 was followed by civil unrest in Chile and then the coronavirus pandemic.