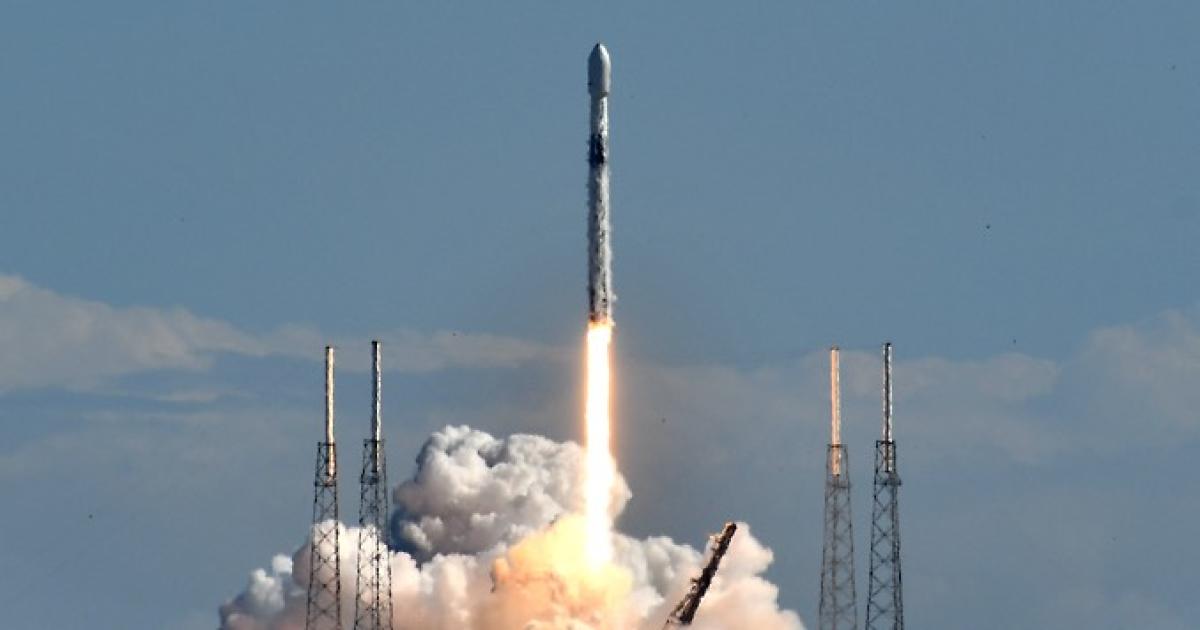 Liftoff came two days after a last-minute scrub Friday due to an unspecified problem, but the climb to space Sunday was uneventful and the 15,000-pound SXM-7 satellite, built by Maxar Technologies, was released to fly on its own about 32 minutes after liftoff.

The Falcon 9’s first stage, meanwhile, landed on an off-shore droneship after boosting the craft out of the dense lower atmosphere. It was the company’s 69th successful stage recovery, its 48th on a droneship and the seventh landing for booster B1051, tying a mark set by another booster last month.

Released into an initially elliptical “transfer orbit,” the SXM-7 spacecraft will use on-board thrusters to circularize its altitude at 22,300 miles above the equator where satellites move in sync with Earth’s rotation and appear stationary in the sky. That allows users on the ground to pick up signals without having to track a moving target.

The SiriusXM-7 satellite features a large deployable antenna to broadcast radio programming directly to homes, businesses, cars, trucks and other vehicles. It will join five other satellites in the SiriusXM fleet, eventually replacing one of the older, less powerful models.

The Falcon 9’s first stage landed on an off-shore droneship nearly nine minutes after launch on its seventh mission. It was SpaceX’s 69th successful booster recovery, its 48th on a droneship.

Last Sunday, the company launched a Dragon cargo ship to the International Space Station and monitored its automated docking at the lab complex Monday before test firing the first stage engines of the SiriusXM rocket later that evening.

SpaceX engineers at the company’s Boca Chica, Texas, test facility, then carried out a dramatic test flight of a prototype Starship rocket on Wednesday. While the prototype was destroyed in a spectacular conflagration while attempting to land, the test was viewed as a major milestone in the development of SpaceX’s next-generation super-heavy-lift rocket.

Sunday’s launching was SpaceX’s 25th Falcon 9 flight this year and the 102nd since the workhorse rocket’s debut in 2010. The company’s final launch of the year is expected Thursday, from pad 39A at the Kennedy Space Center, to put a classified National Reconnaissance Office satellite into orbit.