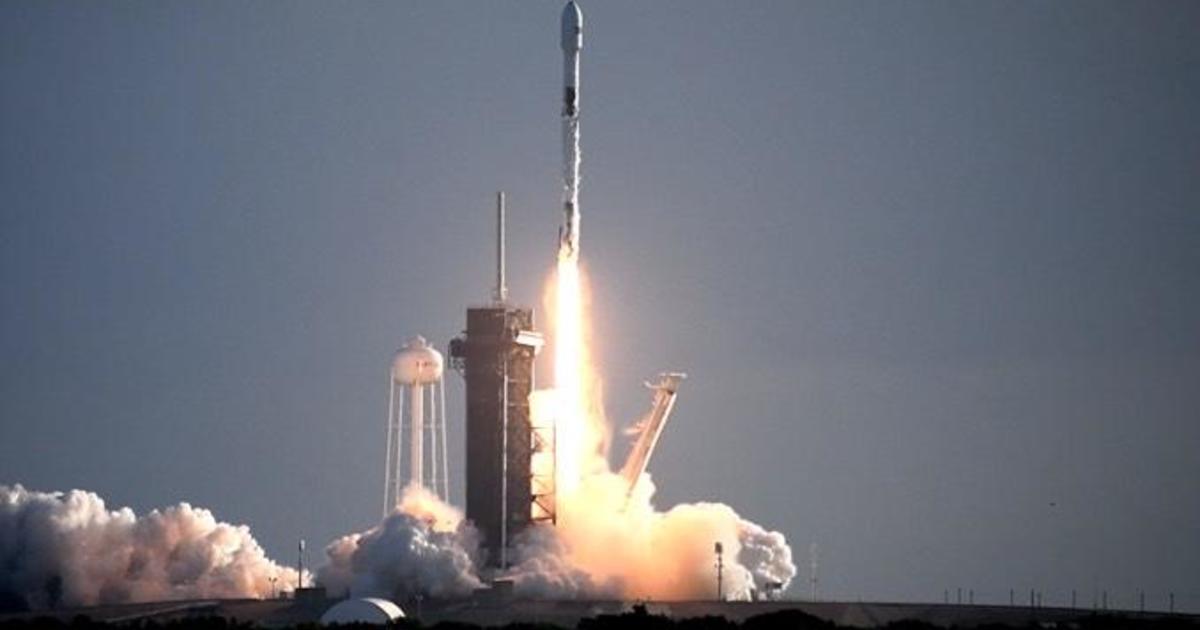 Winning the votes of suburban women in battleground states

Alicia Garza on the origin of Black Lives Matter

With Sunday’s flight, SpaceX has now launched 835 Starlinks in a rapidly-expanding global network that eventually will feature thousands of commercial broadband beacons delivering high-speed internet to any point on Earth. To reach that goal, the company plans to launch at least 120 new Starlinks every month.

A SpaceX Falcon 9 rocket blasts off from historic pad 39A at the Kennedy Space Center early Sundayt carrying another 60 Starlink internet satellites to orbit.

The latest Starlink mission, SpaceX’s 14th, got underway at 8:26 a.m. EDT when the Falcon 9’s nine first stage engines ignited with a burst of flame, pushing the slender rocket away from pad 39A at the Kennedy Space Center atop 1.7 million pounds of thrust.

Making it’s sixth flight, the first stage propelled the rocket out of the dense lower atmosphere and then fell away and headed for landing an offshore droneship. Touchdown marked SpaceX’s 62nd successful booster recovery since December 2015, its 42nd at sea.

Less than a minute after stage separation, the two halves of the rocket’s nose cone fairing, both veterans of two earlier missions, fell away for parachute descents to capture netting aboard waiting recovery ships. Both were successfully recovered, although one appeared to break through its netting, possibly hitting the deck of its ship.

The second stage, meanwhile, pressed ahead to orbit and after two firings of its vacuum-rated Merlin engine, all 60 Starlinks were released to fly on their own about an hour after liftoff.

None the worse for six trips to space and back, a SpaceX Falcon 9 first stage carried out a pinpoint landing on a company droneship after helping launch another batch of Starlink internet satellites.

SpaceX has not provided any details about how the engines used Sunday and those used during a Starlink flight October 18 might be different from those used for the GPS mission.

Likewise, there’s been no word from SpaceX or NASA on whether the engine issue poses any threat to the planned launch of four astronauts to the International Space Station atop a Falcon 9 next month.

Sunday’s launch was the 18th Falcon 9 flight so far this year, the 95th since the rocket’s debut in 2010, the 98th counting three launches of the triple-core Falcon Heavy. The Falcon 9 has suffered two catastrophic failures, one in flight and one during pre-launch testing.

« Winning the votes of suburban women in battleground states