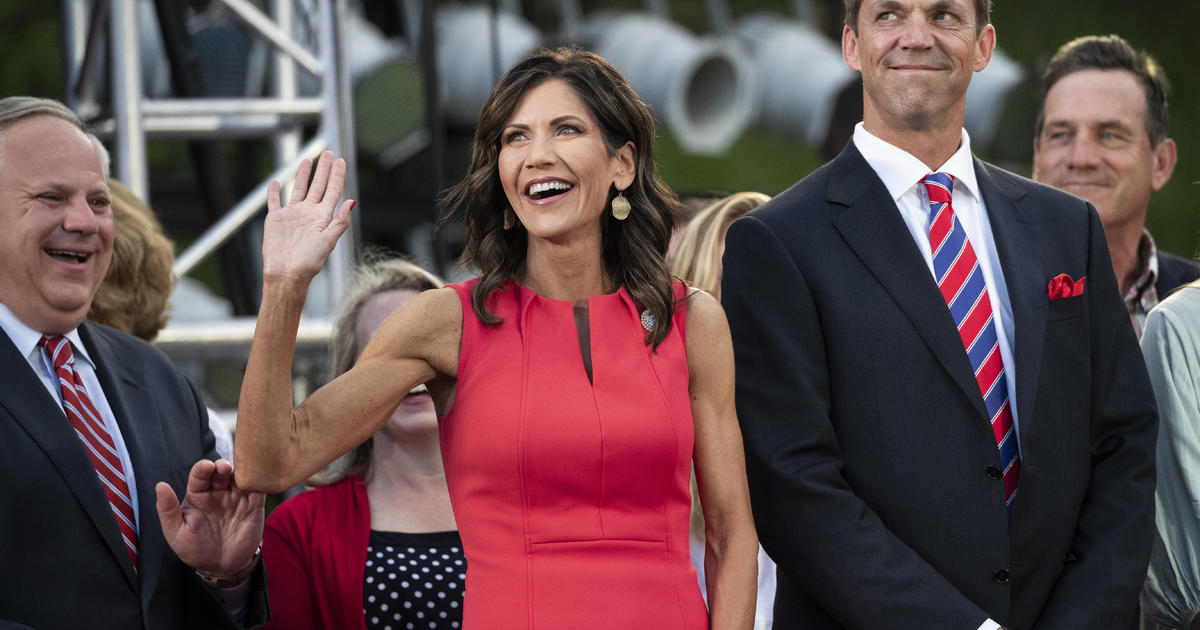 South Dakota Gov. Kristi Noem’s administration announced Tuesday that it is using federal coronavirus relief funds to pay for a $5 million tourism ad campaign aimed at drawing people to the state. The move comes even as the state emerges as one of the nation’s top hot spots for COVID-19 infections.

The 30-second spot, which premiered on Fox News alongside Noem’s speech at the Republican National Convention last month, features the governor saying that “with our breathtaking landscapes and wide-open spaces, we’re a place to safely explore.” But the state currently ranks second in the country for new cases per capita over the last two weeks, with 439 new cases per 100,000 people.

South Dakota: the Land of the Free.

The ad is narrated by Noem. It offers dramatic footage of South Dakota scenery such as Mount Rushmore and Badlands National Park, then concludes with the governor introducing herself and pitching a visit to South Dakota.

The state has counted 124 infections among people who attended the Sturgis Motorcycle Rally in August but has not released an estimate on secondary infections linked to rallygoers. Health officials across 12 states have found more than 300 people with infections who attended the rally, including a Minnesota man who died.

Noem spokesman Ian Fury defended using the federal coronavirus funds for the ads, saying that the state “should absolutely be promoting tourism” because it is vital to South Dakota’s economy. After agriculture, it is the state’s largest industry.

“That’s how people put food on the table,” he said.

Money for the ad will come from $1.25 billion the state received from the federal government to address the coronavirus crisis. The U.S. Treasury Department is allowing states to use the money to publicize when tourism activities resume and ensure visitors’ safety. The Department of Tourism has said it is considering placing the ad on networks like History, TBS, USA, Hallmark, A&E and Discovery.

Fury said the line in the ad that touts the state as a “place to safely explore” fulfills Treasury’s requirement for using the money to address the pandemic.

But Sen. Reynold Nesiba, a Sioux Falls Democrat who sits on the Appropriations Committee, criticized the decision, saying it was more about Noem raising her political profile than helping the state. He claimed the governor’s office has stressed a cautious approach to using the federal funds, delaying their deployment to non-profits, universities and businesses.

“The way to get our economy going again is to address the pandemic,” Nesiba said.

Noem’s approach has been to leverage her hands-off approach to restrictions during the pandemic to attract businesses and tourists to the state. She has said that she is focused on the number of hospitalizations from COVID-19, rather than the number of infections. That stood at 68 people on Tuesday.

“Celebrate what makes America great,” she says in the ad. “And experience the great places and great faces of South Dakota.”