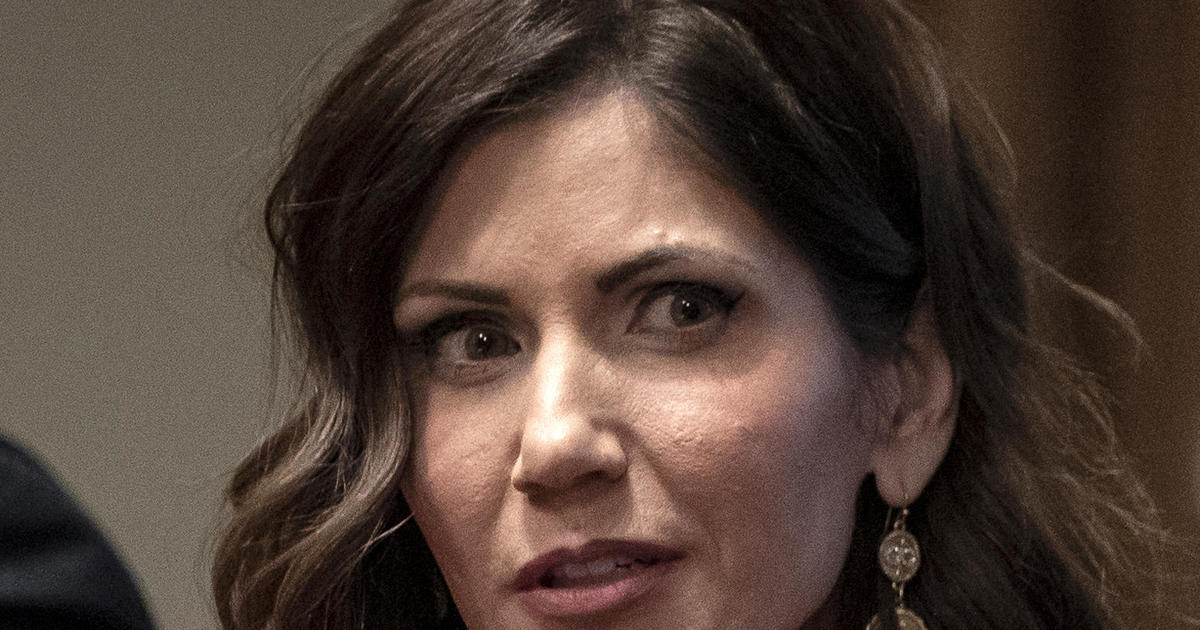 South Dakota officials said Wednesday they plan to build a security fence budgeted for $400,000 around the official governor’s residence to protect Gov. Kristi Noem. Noem’s office did not give specifics on any threats, but her spokeswoman Maggie Seidel said her security team recommended the fence.

Noem’s administration had proposed the fence last year, but she abandoned the plan.

The South Dakota Republican has championed a hands-off approach to managing the coronavirus crisis. She also raised her national political profile in the past year, including tying herself more closely to President Donald Trump, who spoke at Mount Rushmore on the eve of Independence Day this year. Seidel said that Noem’s handling of the pandemic had put her at odds with some people.

“In America, we debate issues; we don’t turn to violence,” Seidel said. “But it only takes one, and per the Governor’s security team, putting up a fence around the residence is critical at this time.”

Governor of South Dakota Kristi Noem speaks as U.S. President Donald Trump listens during a meeting about the Governors Initiative on Regulatory Innovation in the Cabinet Room of the White House on December 16, 2019 in Washington, DC. President Trump encouraged further action to reduce unnecessary regulations that the administration says are holding back American businesses.

Noem has become a frequent guest on Fox News as she has staked out controversial positions on the pandemic, frequently downplaying the danger of the coronavirus and welcoming large gatherings in her state.

“More South Dakotans have died from accidental injuries than from #COVID19 in the past 5 months,” she tweeted this week.

But in the last two weeks, South Dakota has recorded an increase in the percent of virus tests coming back positive — and former FDA Commissioner Scott Gottlieb warned that the virus has “become so pervasive across the country that it could start to infect more rural communities that have largely been untouched to date.”

Most recently, she welcomed one of the largest gatherings of people since the pandemic began, the Sturgis Motorcycle Rally. She has also argued that schools should reopen this fall and pushed back against requirements to wear masks.

“We need to give our children the best education possible, and they get that in the classroom,” she tweeted on Monday.

Noem, who is the first female governor of South Dakota, has gained a significant national following. She has stuck to some of the most lax coronavirus regulations anywhere, positioning herself as a leading conservative voice.

“There’s no governor in America that has trusted their people to make the right choices more than I have,” she has said.

The first-term governor’s rise has prompted speculation that she has political ambitions beyond holding office in South Dakota, and some conservative pundits have put her name forward as a potential presidential nominee in 2024. But Noem has insisted she is not gunning for another job.

Seidel said Noem’s administration is offsetting some of the cost by private fundraising. They did not release figures on how much would be paid from private donations.

Read More: South Dakota governor getting $400,000 fence to protect her