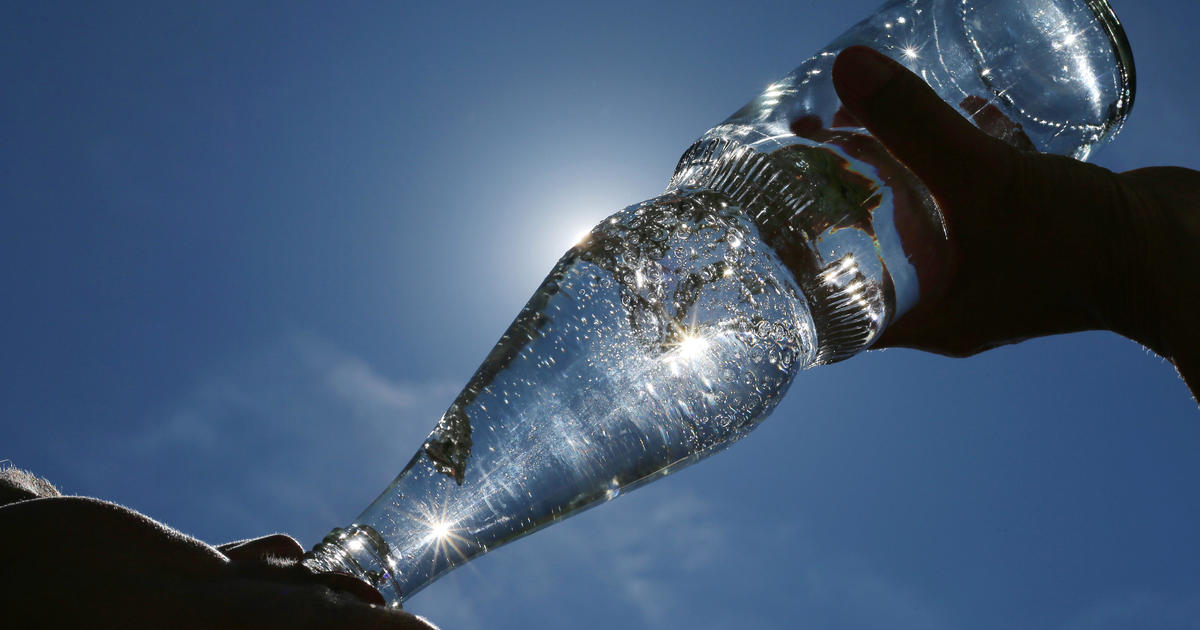 A new study from Consumer Reports found that some carbonated water brands have measurable amounts of so-called PFAS chemicals, which are linked to adverse health effects. Researchers examined more than 40 brands of bottled water and found that sparkling water was more likely to include higher levels of the chemicals than still water.

PFAS, which stands for “per- and polyfluoroalkyl substances,” are a group of man-made chemicals that have been used since the 1940s in everything from food packaging to stain-resistant fabrics. While they aren’t federally regulated in the U.S., the chemicals have been linked to health problems such as low birth weight, cancer and thyroid hormone disruption, according to the U.S. Environmental Protection Agency. Because the chemicals don’t break down easily in the body or the environment, they are sometimes called “forever” chemicals.

The sparkling water brand with the highest level of PFAS detected by Consumer Reports was Coca-Cola’s Topo Chico, which is popular in western U.S. cities such as Austin, Texas. It had PFAS levels of 9.76 parts per trillion, the testing found.

Some scientists and environmental groups believe that a limit of 1 part per trillion (ppt) is an appropriate limit, although the chemicals aren’t currently subject to federal regulation. In the meantime, bottled water has overtaken soda as the No. 1 drink sold in the U.S., with consumers spending more than $30 billion annually on the product. But they may be paying for more than just water when they crack open a bottle.

“There was a real genuine interest looking at what exactly are consumers getting for all that money they are spending,” said Ryan Felton, the investigative reporter at Consumer Reports who worked on the study.

While the EPA has said it’s working on a proposal for regulating bottled water, it could take years before that becomes an enforceable law, Felton added.

According to Consumer Reports’ testing, the other sparkling waters besides Topo Chico that include measurable amounts of PFAS are:

Coca-Cola, the owner of Topo Chico, said its products “tested below all drinking water standards for PFAS and other criteria set by current U.S. federal and state regulatory agencies.” It added, “We continue to make improvements to prepare for more stringent standards in the future.”

Polar didn’t immediately respond to a request for comment.

Two still waters tested for measurable amounts of PFAS — Deer Park Natural Spring Water (1.21 ppt) and Tourmaline Spring Sacred Living Water (4.64 ppt). But the chemicals were more common among sparkling waters, the study found. The reason could be due to the carbonation process, or tied to higher levels of PFAS in the source water.

The federal government’s voluntary guidance for PFAS says limits should be below 70 parts per trillion, although some states have set lower limits of between 12 to 20 ppt. The bottled water association has suggested limits of 5 ppt to 10 ppt for these chemicals, said James Rogers, director of Food Safety Research and Testing for Consumer Reports.

“Consumer Reports is calling for tougher standards to limit PFAS chemicals in bottled water,” Rogers told CBS MoneyWatch. “Industry can do much better since many brands we tested have levels well below the 1 ppt level, showing that it can be done.”

The scarcity of clean water

Asked for comment, the International Bottled Water Association said in an email to CBS MoneyWatch that Consumer Reports’ claim on PFAS levels in regard to health risks was “not based on sound science.”

“The risk here is, if you drink a can of Topo Chico, not that you will be instantly stricken by something,” Felton said. “The thing to take away from this is PFAS are ubiquitous and included in some of consumers’ favorite bottled water beverages.”

Breonna Taylor case raises questions over use of force standards »