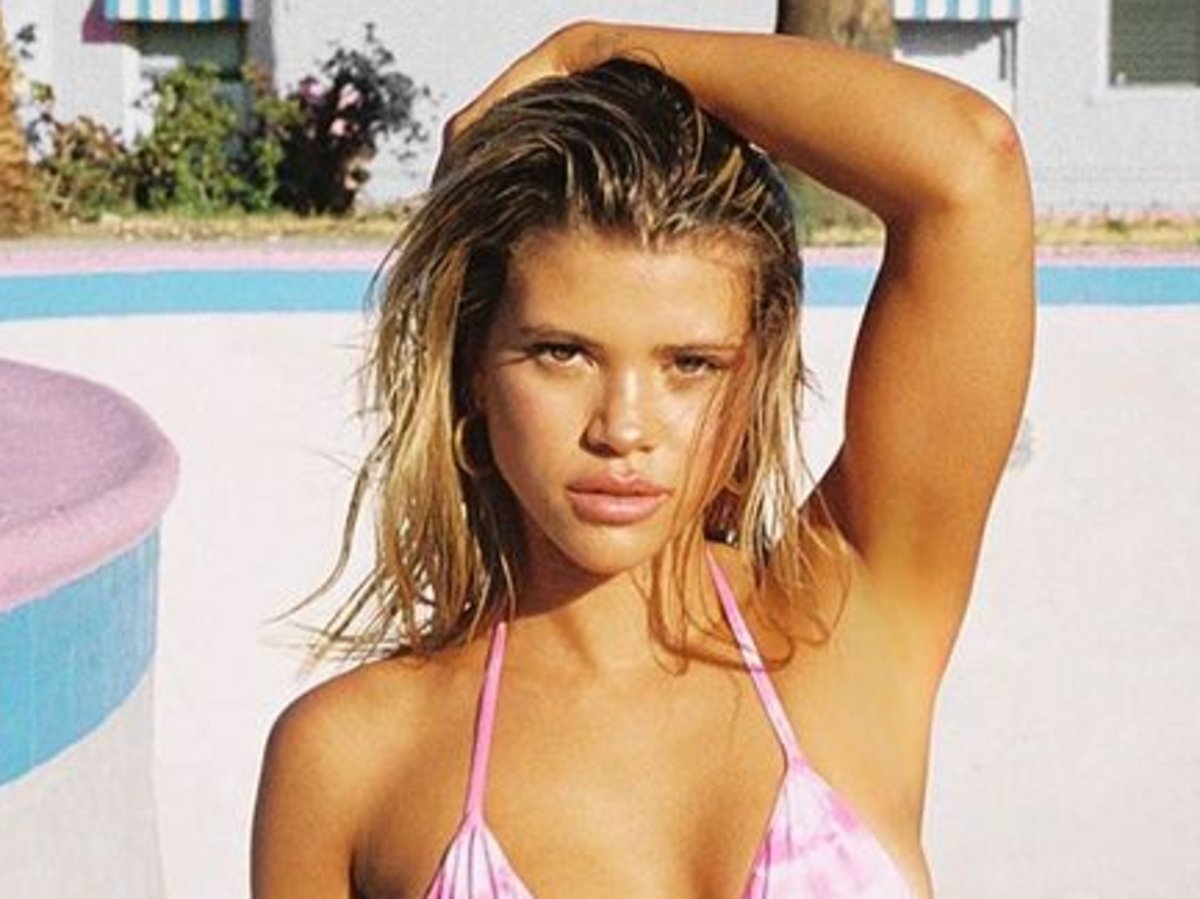 Sofia Richie Puts Her Backside On Display In Frankies Bikinis

Sofia Richie put her backside on display in a series of photos where she wore Frankies Bikinis and fans are here for the look. Sofia took a luxurious vacation and was spotted frolicking in tranquil waters while being surrounded by pigs and she showed off her flawless figure in a Tropic of C Tie-Dye bikini. It seems that Sofia loves the tie-dye look because she wore a pink and white tie-dye bikini and a deep blue tie dye bikini — both were from Frankies Bikinis.

In one of the photos that Sofia shared, she posed with her arm outstretched and resting above her head. She wore minimal jewelry but chose large, gold hoop earrings and flaunted her flawless figure in the pink and white bikini. She hashtagged “Frankies Bikinis” and credited celebrity photographer Sam Dameshek with the shoot.

Not only did Sofia share the photo that was part of a Frankies Bikinis 2019 campaign featuring Sofia, but Sam also shared a photo slideshow from the shoot and referred to it as being one of his favorite campaigns.

You may see the photo that Sofia Richie shared below.

Scott Disick Is Fuming After Sofia’s Dad, Lionel Richie Dissed Their Relationship — He’s Considering Eloping With Her As Revenge » 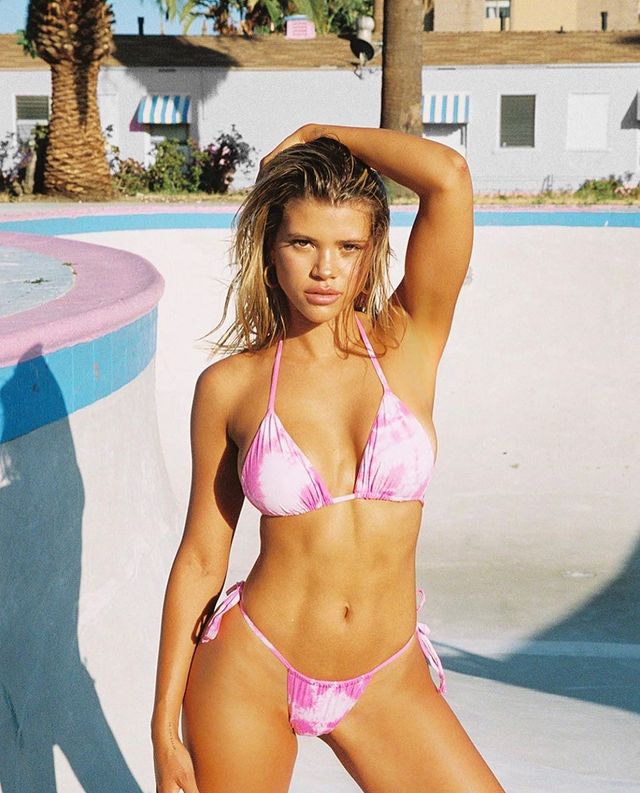 Sam Dameshek shared a photo of Sofia shot in a convenience store, where the beautiful 22-year-old model and daughter of singer Lionel Richie put her backside on full display while sitting on the counter.

You may see that picture below.

Sofia Richie Allegedly Dumps Scott Disick After He Cheated On Her In Miami! » 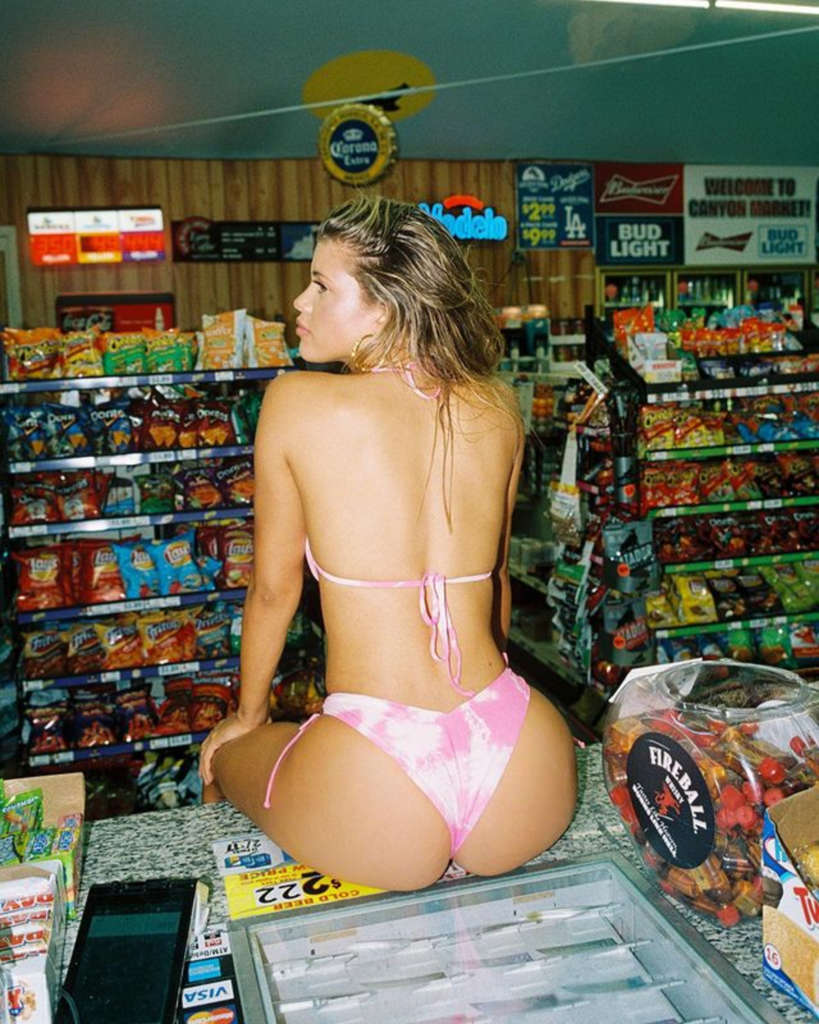 For Sofia’s recent vacation, she opted for what appeared to be the same bikini only in a blue and white pattern. Those interested in finding a bikini like the one that Sofia Richie wore in both photos will want to check out the Tasha bikini top and bottom in the colors emerald tie-dye, sherbet tie-dye, and brownie tie-dye. 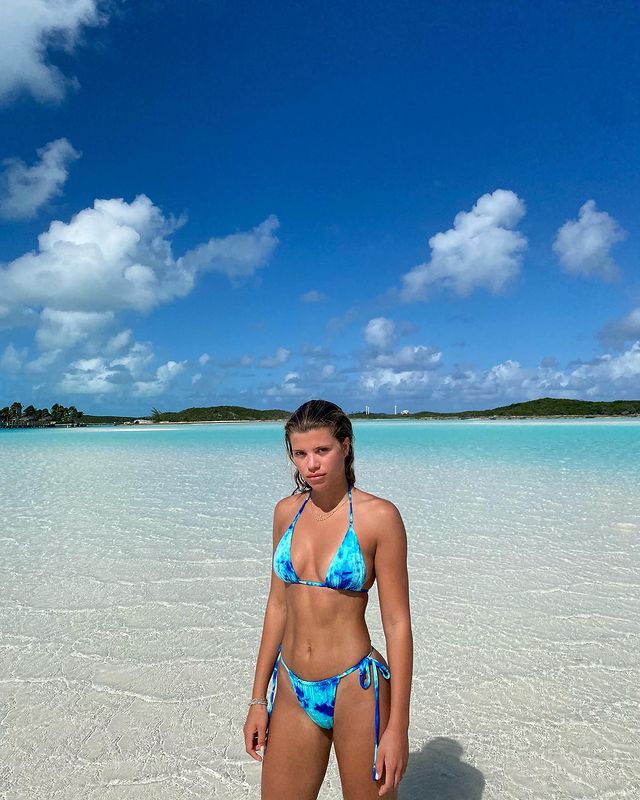 Sofia shared another photo with her backside on display in the ruched bikini bottoms that provide minimal coverage. 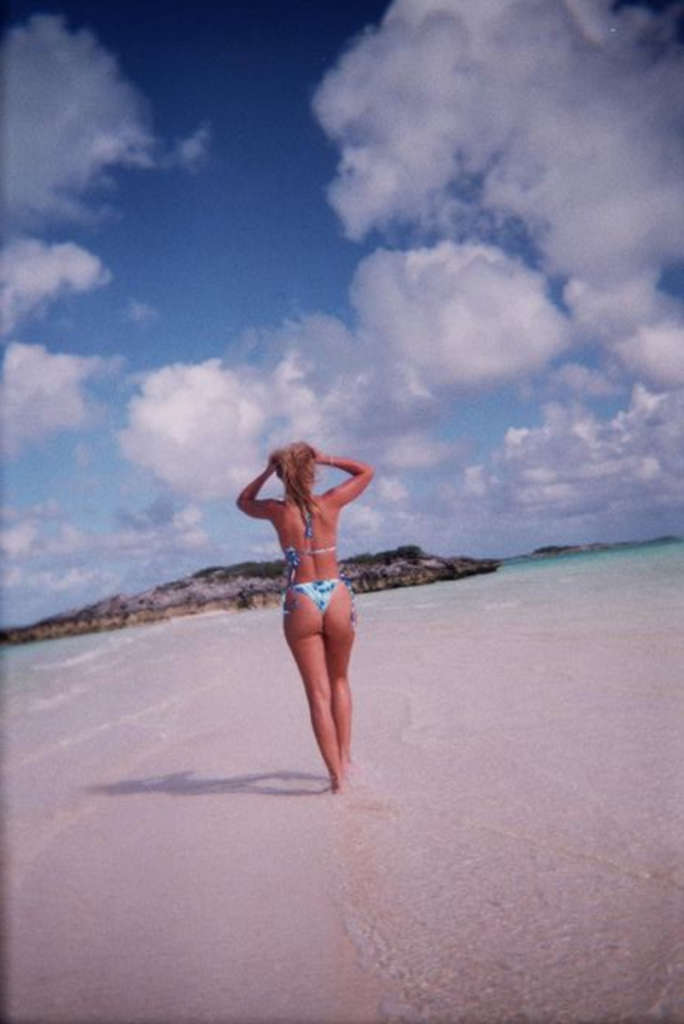 Here is another photo of Sofia Richie showing off the blue tie-dye bikini from Frankies Bikinis. 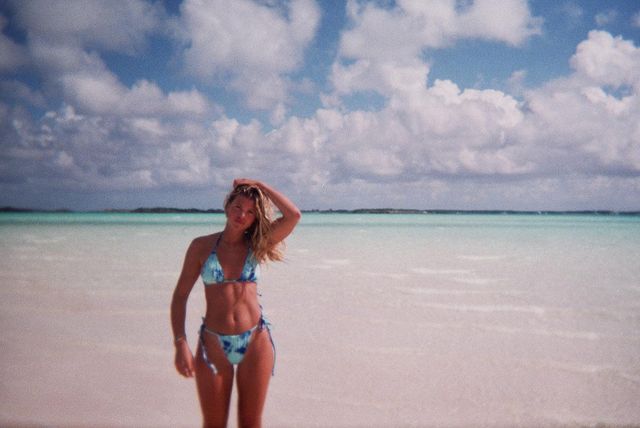 What do you think about Sofia Richie’s bikini photos? Are you a fan of Frankies Bikinis?