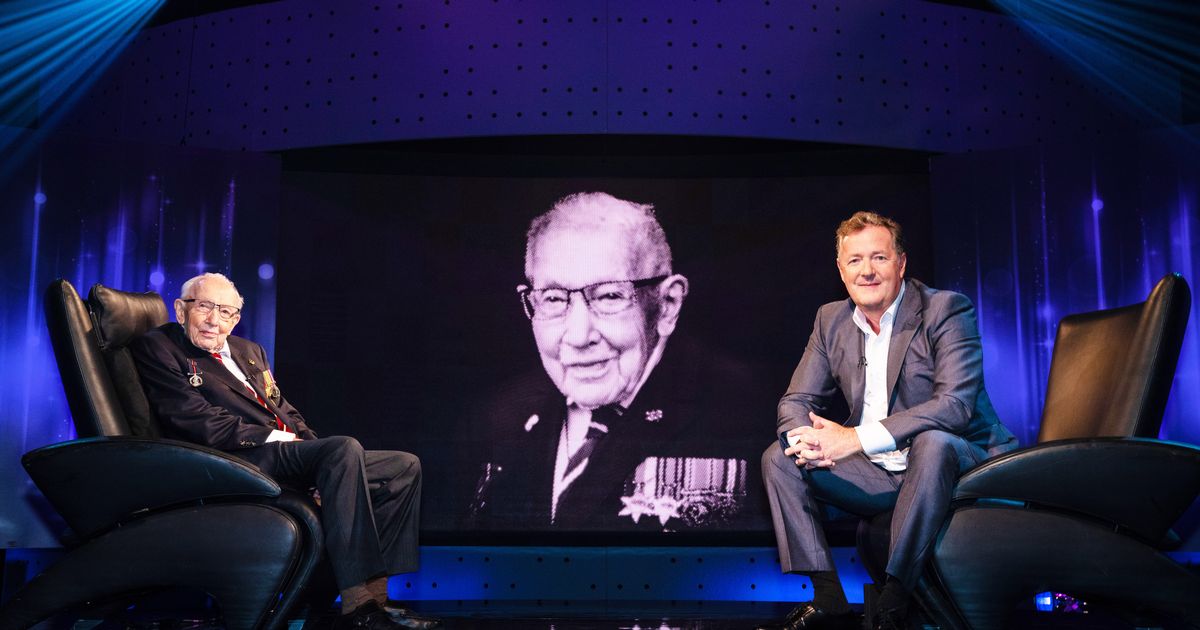 Sir Tom Moore, 100, aims to get behind wheel again after ‘unfair’ driving ban

Captain Sir Tom Moore, who appears on Piers Morgan’s Life Stories, revealed he wants to get behind the wheel again after he was caught speeding and issued an ‘unfair’ driving ban 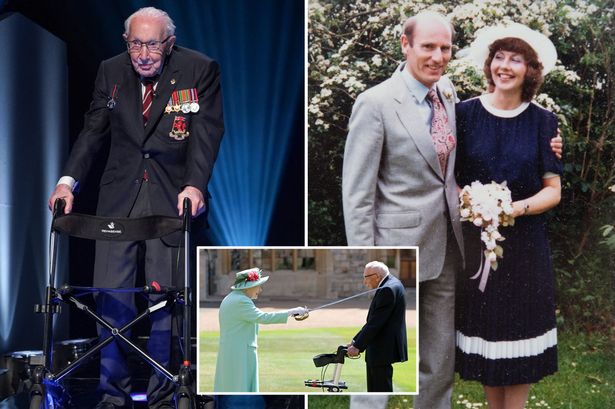 Captain Sir Tom Moore has told how he hopes to get behind the wheel again aged 100, despite being caught speeding last time he drove.

The Second World War hero made headlines for his record-breaking charity walks in his garden in aid of the NHS, which led to him being knighted.

And the active centenarian has told how he still hopes to use his car again despite stopping because of a leg injury and a ban for speeding in a 30mph zone.

He said: “That was not fair. I mean 38mph for somebody like me. It was nothing. I went on one of these speed awareness courses. Having had to pay, it cost you more than your points.” 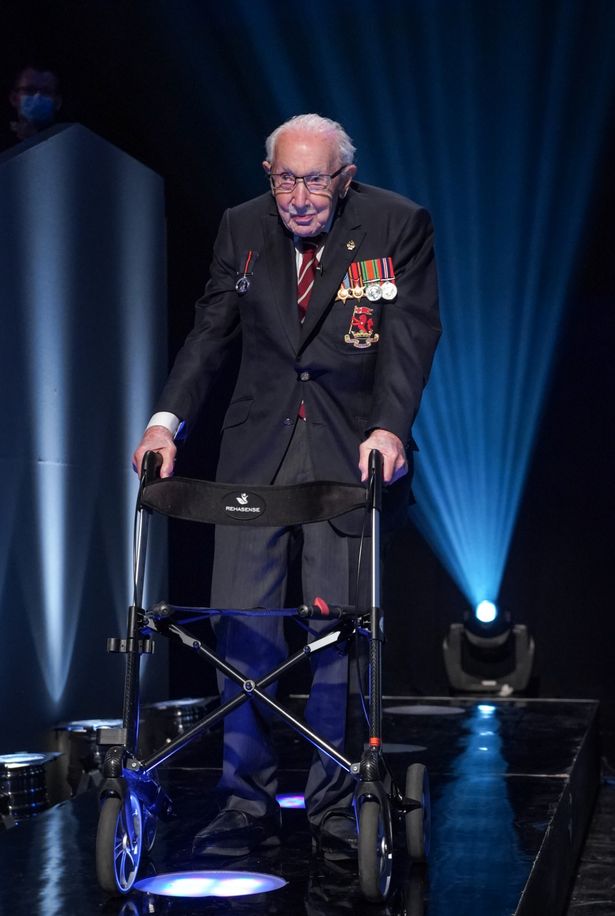 Capt Tom went on to say he found the course “boring” and that he would stick to the speed limit in future.

Speaking on ITV’s Life Stories show, Capt Tom told host Piers Morgan that despite reaching his target of 100 walks in April, he still walks every day in his garden, in Marston Moretaine, Beds, as donations for the health service keep coming in.

“I do believe in daily exercise, maybe that has kept me going all this time. 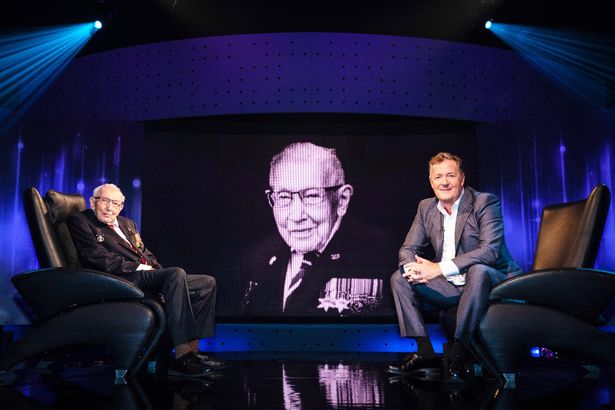 “When I was small I had a little bicycle and when I got older I had a dog and I used to go on long walks whenever we could.

“For the rest of my life I have always been active and maybe that is one of the reasons I have managed to stay so long.”

He set out to raise £1,000 for the NHS as it battled the pandemic and ended up raising more than £32million.

Capt Tom, who was born in Keighley, West Yorks, and served in the Duke of Wellington’s Regiment in India and Burma, also recalled the day he was knighted by the Queen on July 17. 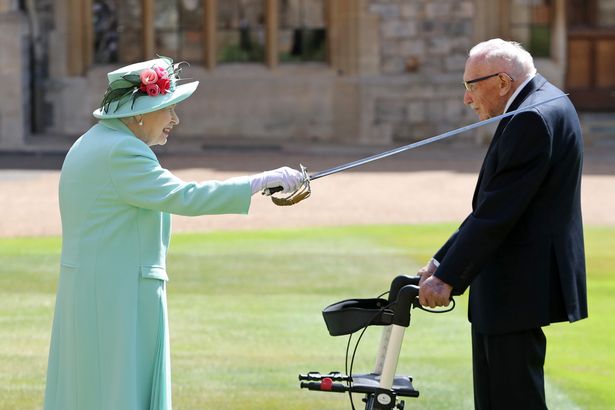 He said: “Speaking directly to the Queen? Who would have anticipated that? I thoroughly enjoyed it as the Queen was so charming.

“I think, perhaps, she had an interchange with me because she had been in the forces at that time and has never forgotten. She is a magnificent person.

“She spoke to the whole of my family and that was a great privilege. That was the greatest moment. I will always remember – maybe I haven’t got much time to remember – but I will remember that was something absolutely perfect and out of the ordinary.”

He even asked the Queen to be careful with the sword and revealed: “She said very quietly, ‘I’ll be gentle’.” 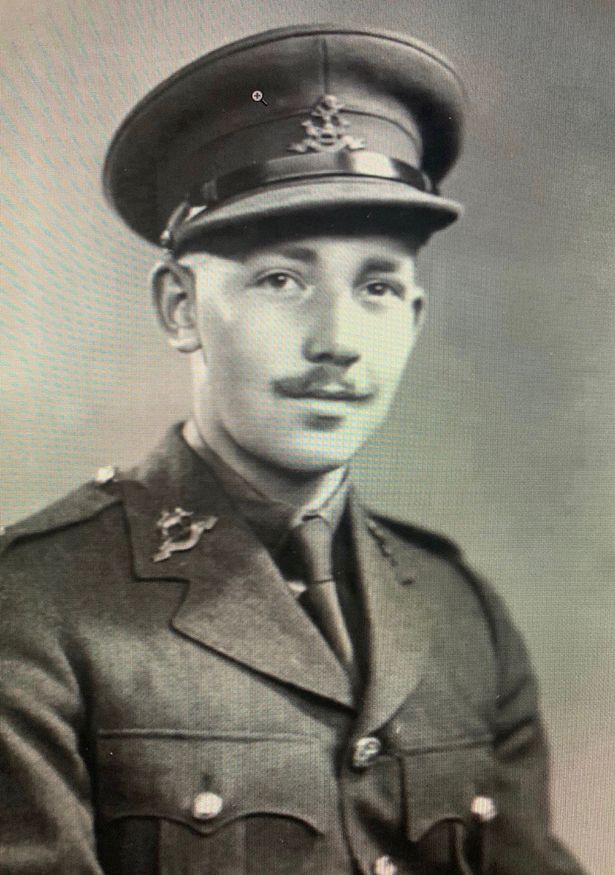 For his appearance on Life Stories, Sir Tom had jokingly asked for “six blondes, Dairy Milk chocolate and a bottle of Coke” in his dressing room.

Asked if his favourite thing about being famous now was to be able to flirt with women, he said: “That’s absolutely true. I have never been allergic to girls, particularly to all these very attractive young ladies that are on television.

“It is interesting as when you go somewhere you see people having a double take. I am quite amused by that. I enjoy every minute of it.”