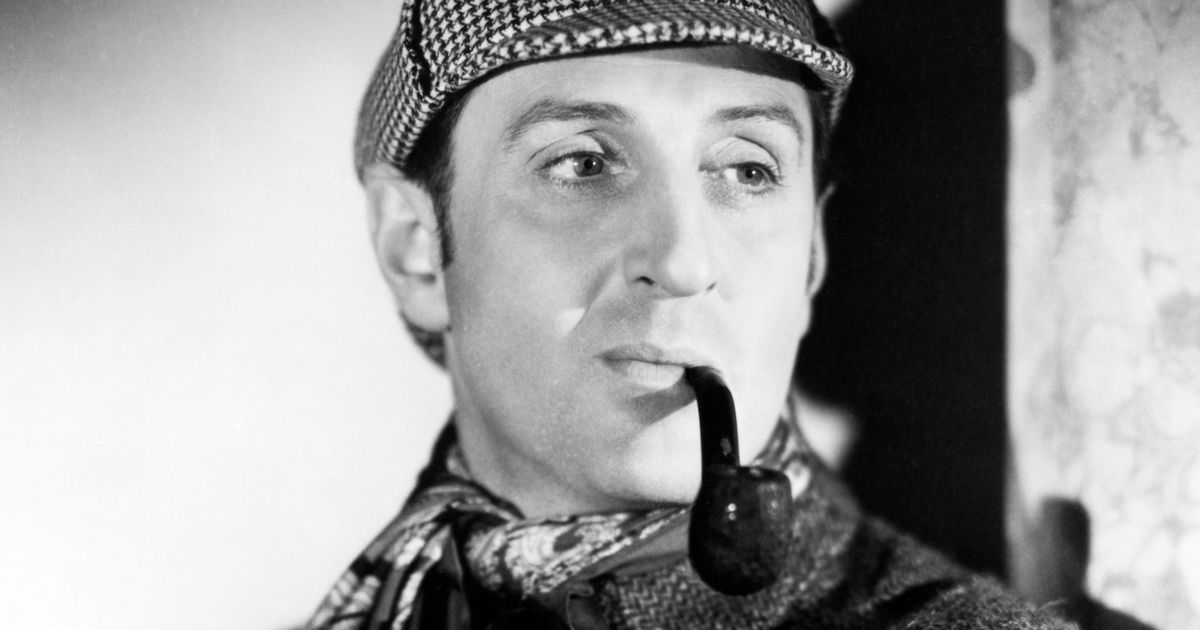 With his long slender features visible under a deerstalker hat and a smoking pipe in hand, actor Basil Rathbone is as synonymous with Sherlock Holmes as Baker street.

One of Britain’s first stars of Hollywood’s golden age, Rathbone was so compelling as Sir Arthur Conan Doyle’s cerebral sleuth that his image has become inseparable from the Sherlock industry which is worth millions to this day.

But despite becoming the defining face of a literary legend, earning him fame and fortune the world over, a new book reveals that Rathbone regarded Sherlock Holmes as a curse which ruined his credibility as an actor.

Having played the detective in 14 movies and more than 200 radio plays between 1939 and 1946, Rathbone became so typecast that his screen career never recovered.

Despite his previous success as a Shakespearean actor here in Britain and in Hollywood where he had two Oscar nominations – Rathbone felt that he could never shake-off the spectre of Sherlock.

He once said: “I was so badly typed that when I went back to New York I lost my own identity. On the street no one ever said ‘Good morning, Rathbone,’ or ‘Good morning, Mr. Rathbone.’ 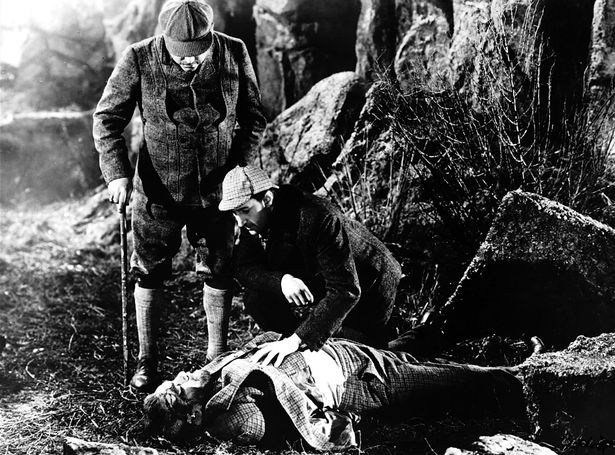 So badly had his faith in the industry and his best known tole been shaken, that when he died of a heart attack age 75 in 1967, he had lost his fortune and felt his career of 56 years had never reached its true potential.

Rathbone started acting in 1911, landing a part in Taming of the Shrew and the gifted young actor effortlessly recited Shakespearean classics in front of packed theatres around the country.

But the path to fame and fortune was to be interrupted for the aspiring thespian with the outbreak of the First World War.

Aged just 23, he was assigned to The Liverpool Scottish, 2nd Battalion, and sent to the trenches in France.

But it was here that he was to play a role in a plot that would not be out of place in one of his future Hollywood movies. 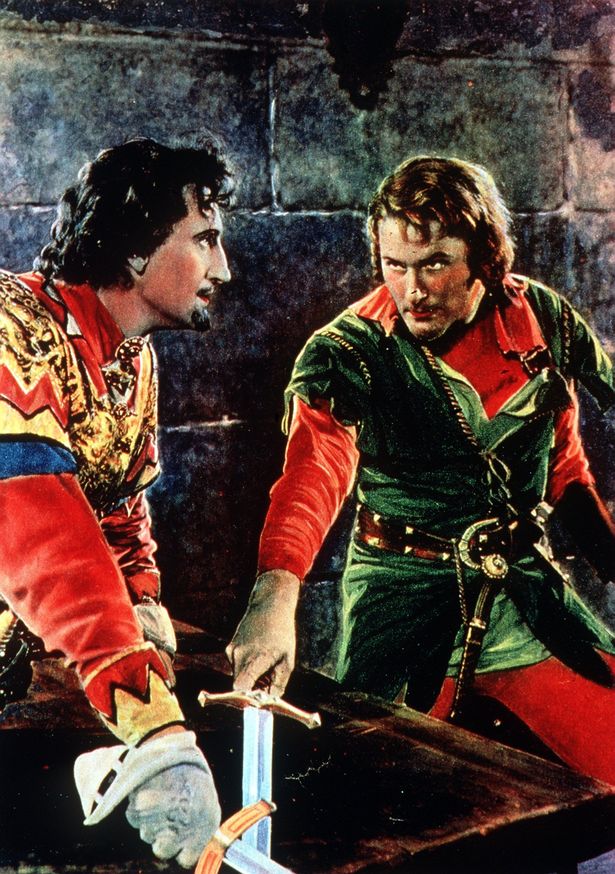 Rathbone came up with a plan for he and a sniper to head into No Man’s Land at break of day disguised as trees to get intelligence on the Germans.

It was practically a suicide mission – but each day the actor and his colleague Corporal Tanner would edge out at 3.30am further and further towards the German trenches.

One day they made it only to be confronted by a German soldier shocked at the sight of two Brits dressed as trees.

Rathbone knew he had no choice but to shoot – killing the German before rifling through his pockets and racing back to safety.

He had found the intelligence he needed and his bravery earned him the Military Cross.

After the war ended the Shakespearean roles flooded in once more, winning rave reviews and invitations to London’s most exclusive parties.

But it was winning a role in The Czarina at The Empire theatre in New York -which was to change his life forever in more ways than one. 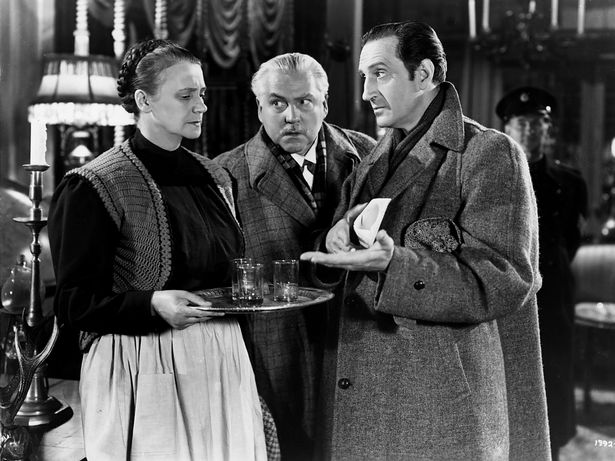 He soon became a huge Broadway star and fell in love with Ouida Bergere – a New York socialite and scriptwriter famed for her lavish and well-connected parties.

The couple moved to LA and Rathbone landed his first part in a speaking movie The Last of Mrs Cheyney.

It was a box office hit and as audiences got to hear his smooth, eloquent British voice for the first time, the doors of Hollywood well and truly swung open.

In Anna Karenina he starred alongside Greta Garbo.

Then he had an epic swashbuckling fight scene with Errol Flynn in Captain Blood where he was able to show off his skills as a swordsman honed in the British Army where he was twice crowned fencing champion.

Nobody played the bad guy like Rathbone and his next role in The Adventures of Robin Hood cemented him as the undisputed king of Hollywood.

So when Twentieth Century Fox decided to make the first Holmes movie, The Hound of the Baskervilles, there was only one man the execs wanted for the title role. 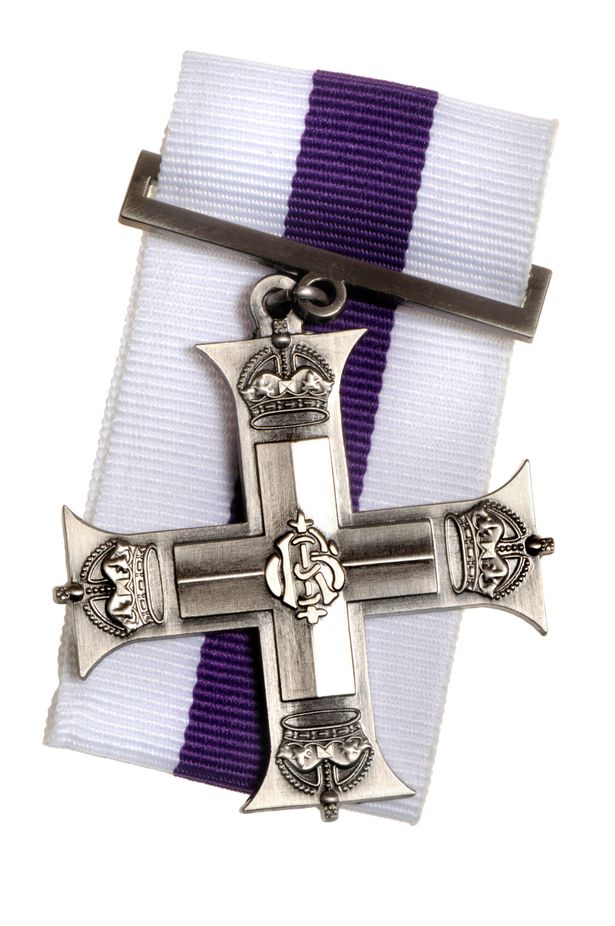 The next picture The Adventure of Sherlock Holmes was also a huge success, leading to Rathbone and Nigel Bruce reprising their roles as Holmes and Watson for a series of radio plays.

Over the next few years Rathbone would play Holmes more than 200 times on the radio alone, and more movies followed.

But he was growing sick and tired of the world’s most famous detective.

He had played the role so many times that, even after just five years of life as Sherlock Holmes, separating the character from the actor had become almost impossible.

By 1946 Rathbone was so desperate to escape Holmes he announced his intentions to leave California and return to the theatre in New York. 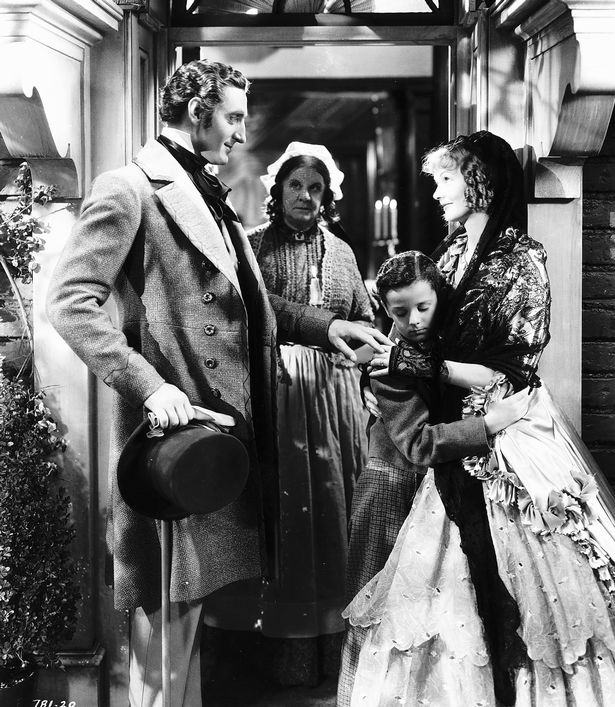 He said: “I have experienced nothing but embarrassment in the familiar street-comer greeting of recognition, which is inevitably followed by horrendous imitations of my speech, loud laughter, and ridiculing quotes of famous lines such as ‘Quick, Watson, the needle’ or ‘Elementary, my dear Watson,’ followed by more laughter at my obvious discomfort.”

The problem was that he was instantly recognisable – he looked in real life exactly as he did in the Holmes movies. He felt he was stuck with Sherlock Holmes for life.

Rathbone recalled: “I was also deeply concerned with the problem of being ‘typed,’ more completely ‘typed’ than any other classic actor has ever been or ever will be again.

“My fifty-two roles in twenty- three plays of Shakespeare, my years in the London and New York theatre, my scores of motion pictures, including my two Academy Award nominations, were slowly but surely sinking into oblivion: and there was nothing I could do about it, except to stop playing Mr Holmes.” 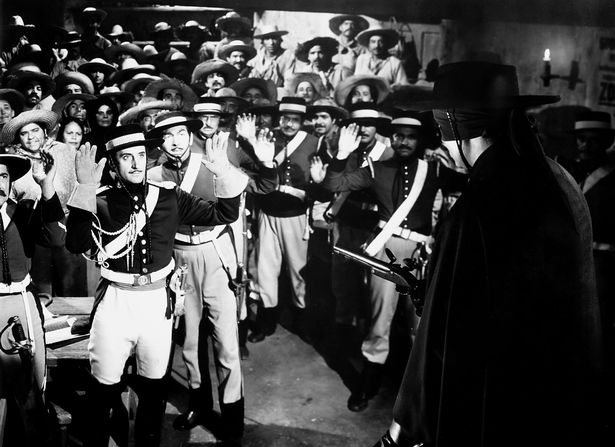 Rathbone was no fool, but even he was surprised by the lack of offers that came his way after returning to New York, where he had been a star on broadway.

It was the start of a slow and demoralising decline for one of the greatest actors Britain has ever produced.

He recalled: “I could not find a play or anyone willing to consider me for one. One well-known author came to see me. I wanted to do his play about King David, and there was no question that he wanted me.

“But both he and the producer decided against me because of my seven years’ identification with Sherlock Holmes.

“They felt this identification would be a hazard to them. So, during the season of 1946–47 I did nothing but guest spots on radio, not one of them worth mentioning.”

In 1947 he received an offer to appear in a new play The Heiress and it won him a Tony Award for lead actor in a play. 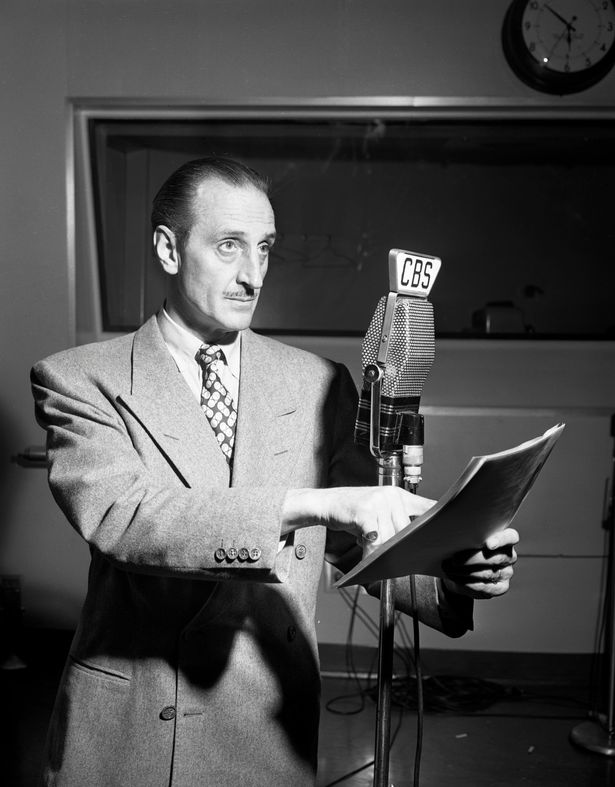 But it wasn’t enough to convince directors.

At the age of 57 the romantic leads weren’t available to him and even the offers to play villains and scoundrels had dried up.

Rathbone had to pay the bills so there was only one thing for it – to don the famous deerstalker once more.

He persuaded Ouida to write a script to take Holmes to the stage – but on the opening night he fluffed his lines and gave by his own admission a “mechancial performance”. The reviews were bad and after just three performances Holmes’ adventures on stage were over.

Instead he embraced TV panel shows and even appeared in adverts for cigarettes and peanut butter.

As he approached his 70th birthday the movie roles he landed ranged from the odd to bizarre to the downright awful.

Here was one of Hollywood’s major stars steadily forced to dismantle his legacy to pay the bills. 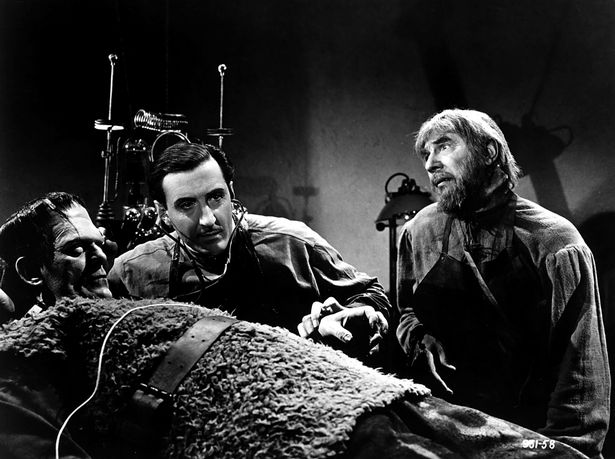 His granddaughter Dounia recalled: “I was in Hollywood and at that time so was he so I asked if I could visit him on the set of his latest film.

“At the time, he was making these ‘beach movies’ just to make money. His answer was something like..”This is so awful that I really don’t want you to see me doing this.”

In Rathbone’s 75th year, he filmed a bizarre Mexican movie Autopsy of a Ghost.

It was a disaster and never released in the States. This cheap, amateur-ish film would prove to be Rathbone’s last screen role.

On 21 July 1967, while at home in New York, Rathbone suffered a heart attack and died.

His estate was valued at just $12,000 – a paltry sum given his stellar and lucrative career.

He was buried at the final resting place of such screen legends as Joan Crawford and Judy Garland.

Fitting company for one of Hollywood’s finest and most talented actors.