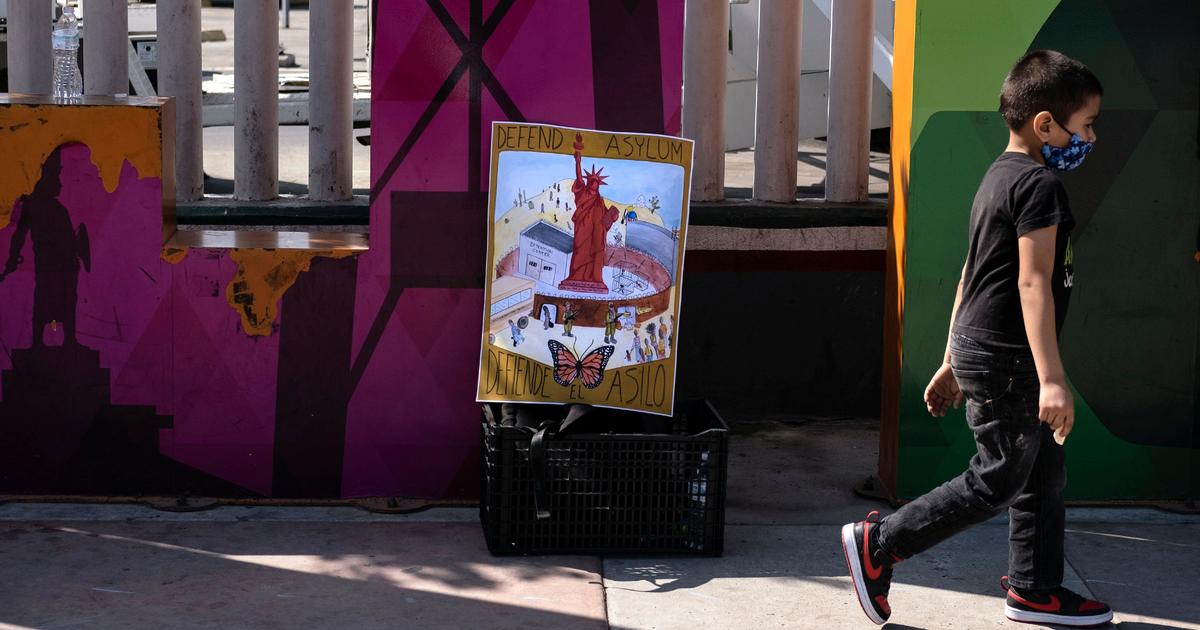 The Trump administration has told federal courts that the country’s shelters will be overwhelmed by an influx of minors apprehended along the border with Mexico unless it can rapidly expel migrant children from the U.S. during the COVID-19 pandemic

The underage migrants, the administration has contended, could spread the coronavirus across the U.S. government’s shelter network, posing a risk to staff and straining medical resources. Sending the children back to their home countries without allowing them to request U.S. asylum or see an immigration judge would be the best way to safeguard public health, President Trump’s top officials have argued.

With apprehensions of migrant minors along the U.S.-Mexico border rising steadily since the spring, housing facilities for underage migrants could reach maximum capacity next month, according to a recent court declaration from the head of the Office of Refugee Resettlement (ORR), a federal agency charged with caring for undocumented and unaccompanied children.

But federal shelter contractors who operate these facilities disagree with the administration’s court declarations and say there’s a safe way to care for and house migrant children before they’re placed with family members in the U.S. — even during a pandemic.

Four shelter officials, who requested anonymity because they’re restricted from speaking publicly about their work with the government, told CBS News they don’t believe expelling migrant children with little or no due process is the only way to contain the coronavirus. The legal protections for migrant children could be upheld while taking COVID-19 precautions, the shelter operators said.

“COVID is a reality and it is not going away anytime soon. We can say, ‘We can’t figure it out, it’s too hard, it’s too complicated.’ But I would rather walk a kid through getting COVID than knowing that they are going to die in their home country,” one of the contractors said.

A child takes part in a protest of migrants and human rights activists against US and Mexican migration policies at the San Ysidro crossing port, in Tijuana, Baja California state, Mexico, on the border with the US, on October 21, 2020.

Before a federal court banned the practice last month, the U.S. expelled thousands of migrant children, including minors who fled gang violence and domestic abuse in Central America.

“ORR should right now be working to accommodate children’s rights and safety, looking at how they can reconfigure and utilize their existing shelter system and doing what they can now to improve the efficiency of releasing kids to families and sponsors, safely,” a second shelter operator said.

The shelter officials acknowledged the logistical challenges, but said that the refugee office could act more quickly in some cases and expedite the release of children who have U.S. sponsors willing to care for them, move others to housing further inland to make space for new arrivals and ask contractors to increase bed capacity. As a last resort, the agency could also reopen two emergency “influx” facilities in Texas and Florida, the people said.

“Every year there has been a large number of kids crossing the border at a point in time, and ORR has adjusted their practices to allow for the appropriate and the efficient movement of these kids,” the third contractor said.

A fourth shelter official said the factors that prompt children to trek north don’t go away during a pandemic.

“There are kids that are fleeing conditions in their home countries and they’re looking for safety and a better life,” the shelter operator said. “Whether it’s a pandemic or not, I think we are more than capable of having policies and practices in place to ensure their safety and to ensure the safety of our staff.”

The U.S. government oversees 13,000 beds for migrant children, but the refugee office has said it can only use 8,700 of them due to COVID-19 containment policies. On December 10, the office had approximately 3,500 minors in its custody.

The three federal shelter contractors said they had hundreds of vacant beds. Private nonprofits and for-profit groups operate 176 facilities to house migrant minors in 22 states under grants from the refugee office.

The current population of minors housed by the refugee office is well below the 11,636 and 8,997 monthly averages in the two fiscal years before the pandemic, according to a CBS News analysis of government data. The population is, however, significantly higher than in the spring and summer, when it dropped below 800, largely as a result of a policy the Trump administration instituted in late March to expel most border-crossers, whom it said could spread the virus.

The uptick accompanies a steady rise in border interdictions of unaccompanied minors, which reached 4,764 in October after plummeting to 741 in April. The refugee agency received 1,530 children from U.S. immigration officials in October, compared to 162 from April to June.

Monthly border apprehensions of unaccompanied children still continue to be far below historic highs in 2019 and 2014, when Central American minors journeyed north in unprecedented numbers.

The Trump administration, however, has warned federal courts that the U.S. border could be on the cusp of another surge in crossings by young migrants because of recent hurricanes in Central America, the economic and political instability in the region, Mr. Trump’s defeat in the presidential election and a November court ruling by U.S. District Judge Emmet Sullivan.

Sullivan ordered the administration to stop expelling unaccompanied migrant children, finding that public health law does not allow officials to expel border-crossers, especially unaccompanied children, who have special legal protections. A 2008 law gives U.S. border officials 72 hours to transfer unaccompanied migrant minors to the refugee agency, which is mandated to connect the children with lawyers while it works to place them with family members in the U.S.

Trump administration attorneys have noted that the border expulsions were authorized by the Centers for Disease Control and Prevention, but CBS News has reported the policy was implemented over objections from career experts at the public health agency.

The refugee office did not make any of its leaders available for an interview and instead issued a statement when asked several questions on bed capacity and the concerns expressed by shelter contractors.

“The fact is that COVID restrictions effectively take beds offline that would otherwise be available in our network,” the agency said. “Our job is to prepare for a wide range of capacity scenarios using an aggressive bed management strategy that will allow us to expand and contract capacity as needed. The bottom line is we are doing just that.”

In addition to the concerns about bed capacity, Justice Department lawyers have cited COVID-19 cases among migrant children recently transferred to the refugee office to advocate for Sullivan’s ruling to be suspended.

According to a December 3 data report by the refugee agency, 1,061 cases of COVID-19 among migrant children in its custody have been reported throughout the pandemic. Most of the minors, 943 of them, have recovered and none have required hospitalization.

A Central American migrant walks through river water near the port of entry at El Ceibo in the town of Tenosique, Tabasco state, Mexico, on Sunday, Oct. 4, 2020.

Government lawyers have argued that allowing migrant children to stay will increase “the risk of transmitting COVID-19 into the United States,” since some minors will have to be transported across the country by plane.

But the federal shelter operators refuted this, saying the refugee agency’s housing providers have adopted rigorous policies to protect migrant children and staff from the virus. Mask wearing is mandatory for staff and minors. Children who travel together initially stay in the same dorms, while staff members rotate shifts.

All newly admitted children are being tested for COVID-19 at least twice, according to a November 30 Office of Refugee Resettlement directive to shelters obtained by CBS News. Even if they have no symptoms or known exposure, they’re being quarantined for at least 14 days. Children can only be released from quarantine if they receive two negative test results and remain asymptomatic. If they were cohorted, all minors in the group must test negative to be released into the general population.

When minors test positive or are exposed to the virus, the refugee agency requires them to be isolated for 10 days. Children who test positive can be removed from medical isolation 24 hours after “the resolution of a fever without fever-reducing medication” and when “other symptoms have improved.”

Even when migrant children test positive, they tend to recover quickly, shelter operators said. “Many of them are going to be asymptomatic. Some will have mild symptoms. They are not going to get sick enough to get hospitalized,” one shelter official said.

A former head of the refugee office, Bob Carey, said there was “human and political will” to care for migrant children amid border crossing surges during the Obama administration. Coming up with an emergency response to an influx of children crossing the border was the solution then, rather than suspending the safeguards Congress had created, he said.

“If anything,” Carey told CBS News, “the greater vulnerability of these children would mandate an even more aggressive and committed response on the part of ORR, not seeking to send the most vulnerable of children back to places which are known to be insecure and unsafe.”

Video shows man walking on wing of plane before takeoff »