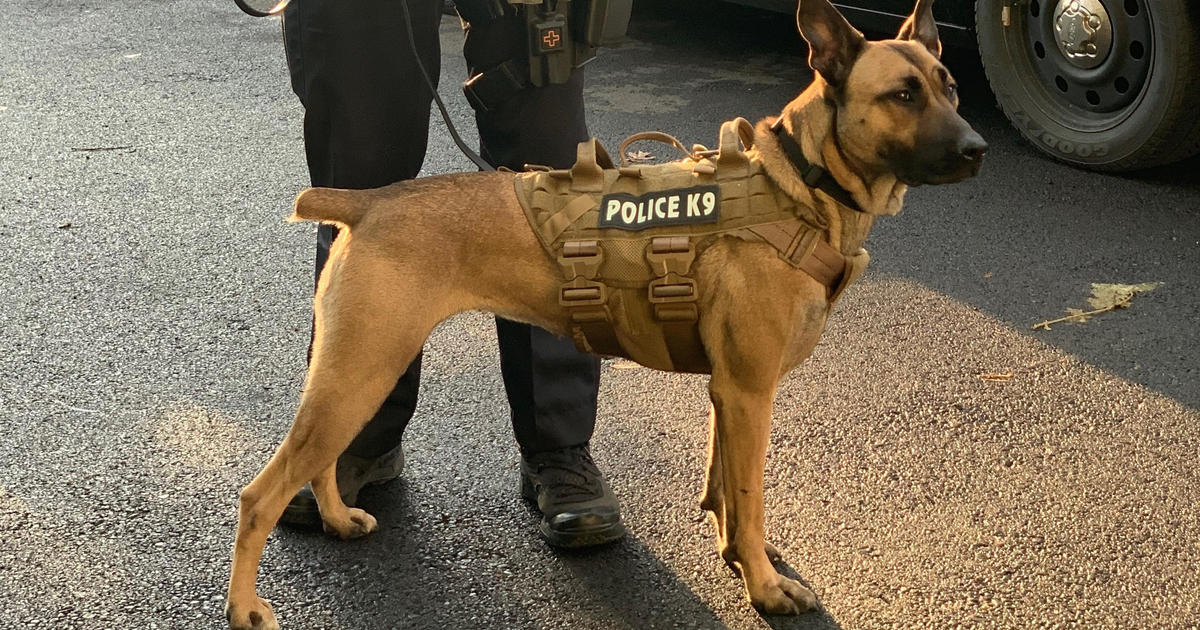 Maggie, the newest member of the Owego Police Department in New York, isn’t your typical K-9, according to her partner, Officer Andrew Pike. Unlike most police dogs, who come from overseas and cost upwards of $10,000, Maggie was a stray.

The pitbull-malinois mix was adopted from a shelter and returned twice. Her high energy level might have made her a tough fit with a family — but she’s perfect for police work.

Officer Andrew Pike is seen with his K-9 partner Maggie.

She came to Owego thanks to the Southern Tier Police Canine Association, which finds shelter dogs, trains them, and places them for free.

“We’re matching up with departments who can’t afford to have a dog on their own,” Sergeant Rick McCulskey, president of the Southern Tier Police Canine Association, explained.

Pike said Maggie is a policeman’s best friend. When Pike was asked if he’s going to want to work with a human partner someday, he replied, “Probably not after this. I mean, it’s going to take a pretty special human to replace her.”

Thousands line up in Texas to receive food »