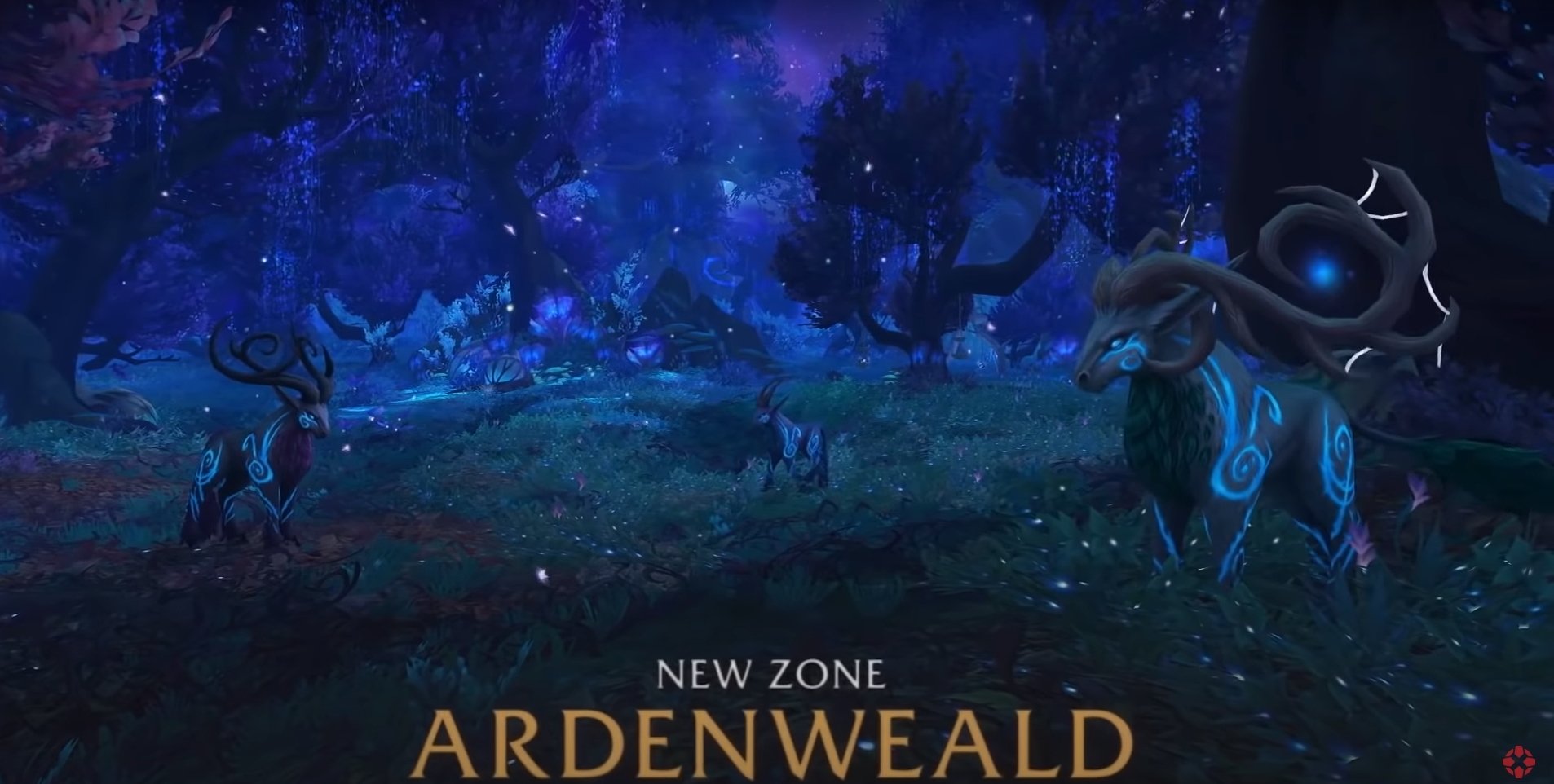 Before we get started, as the title says, there will be spoilers for the World of Warcraft: Shadowlands storyline in this article! If you’re doing your best to remain unspoiled and go into the expansion blind, turn away!

With the World of Warcraft: Shadowlands beta now in full swing and the alpha coming to a close, there’s a great amount of information being fed into the community. One of the new features discussed recently regards an activity within the Covenant system.

Those that swear fealty to the Night Fae Covenant of Ardenweald will be given the opportunity to join the Amphitheater and entertain the denizens of Ardenweald. Here, players will interact with their past in a massive play.

Thematically, this fits with the Faewild-inspired Ardenweald, as the Faewild often contains a theatrical element. It also helps to reinforce the themes of rebirth present in Ardenweald, having players see their past and accept what they’ve done as moving forward.

Players will interact with Ysera, slain in combat against the Nightmare during the events of Legion and reborn once again in Ardenweald. Along with the others, the Green Dragon Aspect will witness your past.

During the questline to become part of the Night Fae Covenant, one of the traditions upheld by the covenant is to witness acts of your past life… In their very own Ampitheater. In this post, we go over this amusing questline re-enacting Legion and BFA!https://t.co/sjmAKdRci3 pic.twitter.com/BVSdD4x6na

Within the Amphitheater, players will watch the two acts of Legion and Battle for Azeroth, recapping the events and all the trials that you as an adventurer have overcome. Beginning with the Legion, the audience boos before cheering at the now-beloved player.

Players will watch a comedic interaction of the denizens of the Ardenweald acting out their parts as a bumbling cast, fulfilling the roles of Xavius, Gul’dan, Illidan, and plenty others. Parodying their own writing, Blizzard includes characters confused at the existence of an alternate Gul’dan and Illidan “stealing” the final blow.

Finishing with Sargeras, players will move onto Battle for Azeroth, depicting the fall of Sargeras’s sword into Silithus and the Burning of Teldrassil. Ysera shows a great amount of concern at the events therein and the genocide of the Night Elves, many of whom were her devout followers in life.

As the events continue, Ysera becoming more and more aware of what’s transpired in her death, she grows more distraught at the death of so many. Mourning the vengeance that’s overcome Tyrande Whisperwind, she states, “I could not aid the Kaldorei when Teldrassil burned. I pray I can aid Tyrande before it is too late.”

With these hints, we can assume that Tyrande will be taking a heavy center stage in the events to come in the Shadowlands. Players that swear themselves to the Night Fae are likely to follow the Queen of the Emerald Dream in helping to turn Tyrande away from her path as the Night Warrior and help her come to peace with the genocide of her people at the hands of Sylvanas.