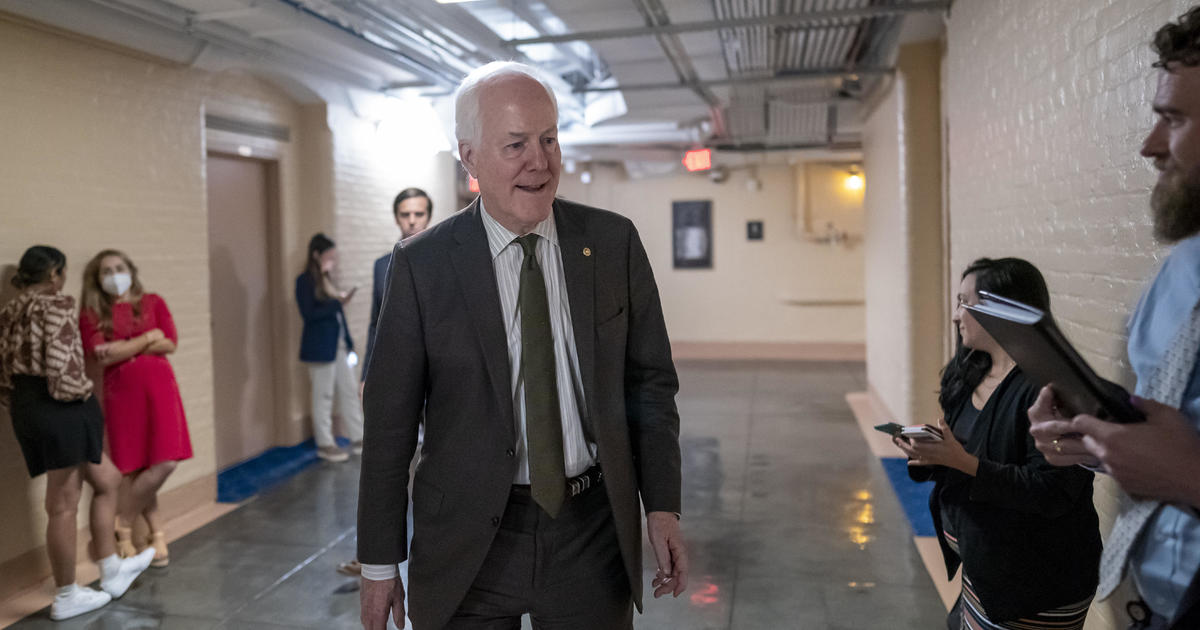 Washington — The Senate late Thursday voted 65 to 33 to pass the bipartisan gun control bill, the most significant legislation addressing guns in nearly 30 years.

Republican Sen. John Cornyn of Texas, who led the negotiations along with Democratic Sen. Chris Murphy of Connecticut, said on the Senate floor Thursday that the legislation “responds” to the shootings last month at a grocery store in Buffalo, New York, and at an elementary school in Uvalde, Texas — that left a combined 31 people dead, including 19 children – in a “positive and an affirmative way.”

“I don’t believe in doing nothing in the face of what we saw in Uvalde and we’ve seen in far too many communities,” Cornyn said. “Doing nothing is an abdication of our responsibility as representatives of the American people here in the United States Senate.”

The bill will now be sent back to the House, where Speaker Nancy Pelosi has vowed to take it up swiftly. Though Minority Leader Kevin McCarthy has been urging Republicans to vote against the bill, it is expected to pass the Democrat-controlled House.

“First thing tomorrow morning, the Rules Committee will meet to advance this life-saving legislation to the floor,” Pelosi said in a statement Thursday night.

Although the bill does not represent all the gun control measures President Biden had called for, he is expected to sign the bill.

Sen. John Cornyn, R-Texas, arrives to meet with Sen. Chris Murphy, D-Conn., and Sen. Kyrsten Sinema, D-Ariz., arrive for more bipartisan talks on how to rein in gun violence, at the Capitol in Washington, Wednesday, June 15, 2022.

In a statement released after the vote, Mr. Biden called on the House to “promptly vote on this bipartisan bill and send it to my desk.”

“Tonight, after 28 years of inaction, bipartisan members of Congress came together to heed the call of families across the country and passed legislation to address the scourge of gun violence in our communities,” he said. “Families in Uvalde and Buffalo — and too many tragic shootings before — have demanded action. And tonight, we acted.”

McConnell said the Senate’s passage of the legislation, as well as the Supreme Court striking down a New York gun law earlier Thursday, made for “two landmark victories.”

“I am proud of these two complementary victories that will make our country freer and safer at the same time,” the Senate minority leader said. “Law-abiding Americans will go to bed tonight with significantly stronger Second Amendment rights than they had this morning, while new commonsense guardrails around convicted criminals and mental illness are now on their way to becoming law.”

Senate negotiators released a framework of the proposal earlier this month, and unveiled the legislative text Tuesday, after which the upper chamber took the first step to advance the bill in a bipartisan procedural vote.

The Senate’s measure does not go as far as what Mr. Biden has called for and is significantly more narrow than a package of bills that passed the House this month. That legislation would raise the minimum age to purchase a semiautomatic rifle from 18 to 21 years old and ban large-capacity magazines. It also incentivizes the safe storage of firearms and establishes requirements regulating the storage of guns on residential premises.

While the House’s legislation included many of the proposals advocated for by Mr. Biden, it would not have won enough support from Republicans to overcome the 60-vote threshold for legislation to advance in the Senate.

Democrats involved in the upper chamber’s bipartisan discussions have acknowledged their proposal is more tailored, but they have said a slimmed down package had a better chance of receiving GOP backing.

The bill is opposed by the National Rifle Association, which said in a statement Tuesday the proposals put forth in the legislation can be “abused to restrict lawful gun purchases, infringe upon the rights of law-abiding Americans, and use federal dollars to fund gun control measures being adopted by state and local politicians.”

House Republican leaders, too, have said the Senate’s plan is part of an effort to erode law-abiding Americans’ Second Amendment rights. But McConnell, who voted for the bill, said on the Senate floor Wednesday that the legislation advances “commonsense solutions without rolling back rights for law-abiding citizens.”