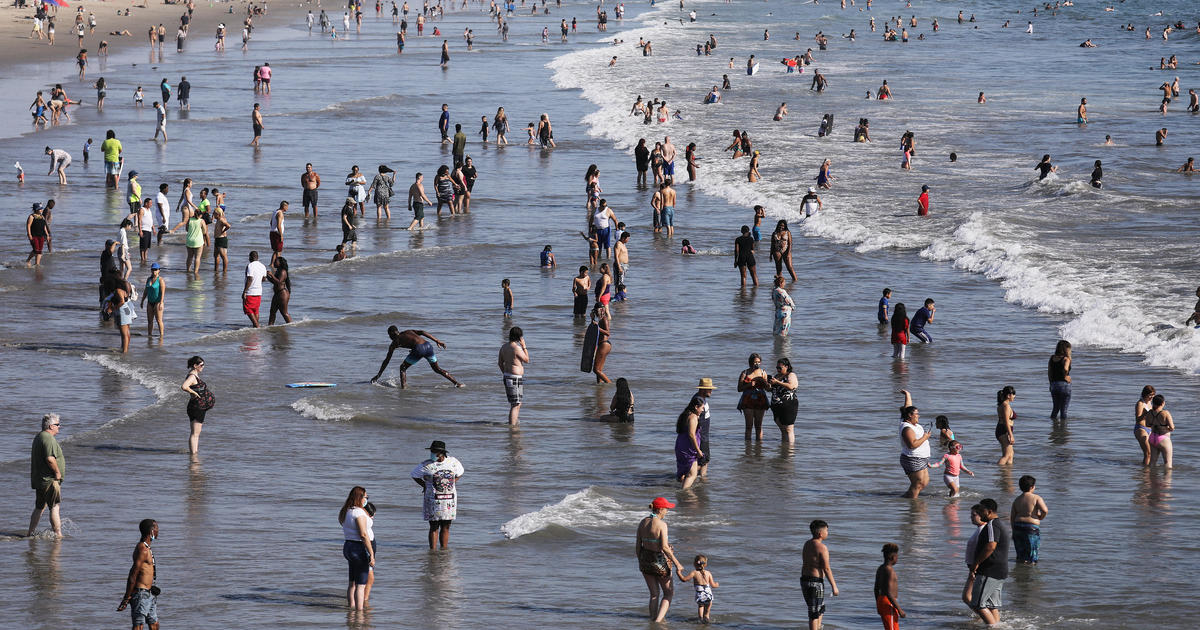 Record-breaking temperatures are expected again Sunday as a historic heat wave sweeps through California, CBS Los Angeles reports. The National Weather Service said temperatures will not begin to cool until Tuesday, and even then will remain above normal for the week. The extreme heat has caused power outages for thousands of residents in Los Angeles.

Widespread highs Sunday were expected to be between 105-115 degrees, and in some areas — including Palm Springs — could top 120, according to the NWS, which added that fire danger would remain elevated through the course of the middle of the week.

On Saturday, the San Fernando Valley bore the brunt of the extreme heat with Woodland Hills hitting a record of 118 and Burbank tying its record of 114.

Burbank (Bob Hope Airport) has already reached 113° today. The All-Time record is 114 which was tied yesterday. The daily record for this date was 111 set in 1955. #cawx #LAheat #LAweather #SoCal

“Wow! This heat is unbelievable. I mean, it’s scorching,” said Robert Newman, a resident. “I burned a lot of calories today, that’s for sure, and definitely drank probably more water today than I drank the whole week.”

Patricia Windsor, another resident, said she was born and raised in Burbank, but had not experienced warm weather like this.

Looking for relief, some residents flocked to lakes and parks. Lake Balboa in Encino was packed with families taking shelter under trees and others hoping to get a little breeze as they peddled along in boats on the lake.

Restaurants across the valley also reported a slow-down in business due to the heat, including in Burbank, where many expanded outdoor seating due to COVID-19.

“I feel like today, just as it being as hot as it was, today was definitely the slowest day I think I’ve ever worked,” said Natalie Simpson, a server.

The heat wave is expected to continue through the beginning of this week.

On Saturday, the California Independent System Operator — which oversees the operation of the state’s bulk electric power system — declared a Stage 2 emergency, which means there would be rotating power outages statewide.

Southern California Edison on Saturday reported 122 outages affecting more than 21,000 customers. The Los Angeles Department of Water and Power said on Saturday that approximately 14,000 people were without power in the afternoon.

A Flex Alert has been issued, urging voluntary energy conservation among residents, and remains in effect from 3-9 p.m. Saturday through Monday to help prevent additional power outages.

ISO said conservation is key to battling the outages. Customers who are staying home are asked to set their air conditioner to at least 78 degrees, avoid using major appliances between 3-9 p.m., close blinds and drapes and use a fan if possible.

As we approach today’s peak heat and electricity use, we ask all customers to conserve energy thru 10pm tonight. Close drapes and blinds, set AC’s to 78-82, skip laundry and using lg appliances. If we all do a little it adds up to a LOT of savings and can help prevent outages. pic.twitter.com/owFO6ojZhz

Djokovic out at U.S. Open for hitting linesperson with ball »