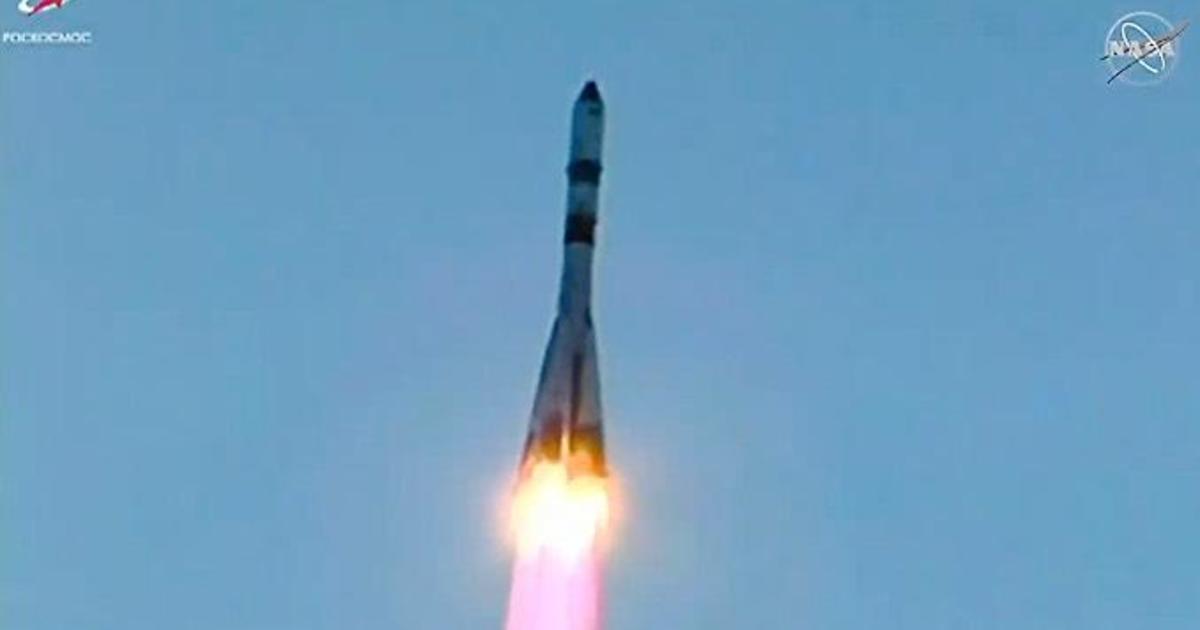 An unpiloted Russian Progress space freighter loaded with nearly 3 tons of supplies and equipment bound for the International Space Station blasted off from the Baikonur Cosmodrome in Kazakstan on Thursday and safely docked at the lab complex after last-second concern about a possible misalignment.

Carrying out an autonomous approach, the Progress MS-15/76P spacecraft docked at the Earth-facing Pirs module at 1:45 p.m. ET. An apparent misalignment as the spacecraft closed in prompted cosmonaut Anatoly Ivanishin to ask Russian flight controllers if he should take over and fly the ship manually by remote control.

The Progress MS-15/76P cargo ship closes in on the International Space Station bringing nearly 3 tons of supplies and equipment to the outpost.

“Are we going to switch to manual control, Moscow?” Ivanishin asked as the Progress moved within 15 feet of the docking port. While Progress cargo ships are designed to fly themselves all the way to docking, they are equipped with systems that allow cosmonauts on board the station to take over if necessary.

“Stand by. We don’t have a ‘go’ yet,” someone replied. Then, with the spacecraft just a few feet from the station and steadily closing in, mission control radioed, “everything is nominal, Anatoli. Don’t do anything.”

He didn’t, and seconds later the cargo ship’s docking mechanism engaged its station counterpart and the Progress was pulled in and locked in place. On board: 1,102 pounds of propellant; 220 pounds of oxygen and air; 926 pounds of water; and 3,351 pounds of crew supplies, spare parts and research equipment.

Despite the somewhat tense final approach, the flight got off to a spectacular start when the Soyuz booster roared to life at 10:23 a.m. (8:23 p.m. local time), throttled up to full thrust and smoothly climbed away from its firing stand and directly into the plane of the space station’s orbit.

The Progress made its final approach in orbital darkness, moving in for an automated docking after last-second concern about an apparent misalignment.

Forty-one seconds after liftoff, the lab complex passed directly over Baikonur and by the time the Progress reached orbit eight minutes later, the lab — moving at nearly 5 miles per second — was nearly 1,100 miles ahead of the cargo ship.

Cosmonaut Ivan Vagner was able to photograph the launching as the station passed 260 miles above the cosmodrome, tweeting photos from orbit showing the booster’s brilliant exhaust plume against the backdrop of Kazakhstan far below.

With the Progress launch and docking behind them, the station’s five-man crew will turn its attention to preparing for the departure next week of astronauts Douglas Hurley and Robert Behnken aboard their SpaceX Crew Dragon capsule to close out a 64-day mission.

Undocking from the forward Harmony module is targeted for the evening of August 1 with splashdown in the Gulf of Mexico or the Atlantic Ocean off Florida’s east coast on August 2. Ivanishin and Vagner will remain behind in orbit along with station commander Chris Cassidy.

As the space station passed over the Baikonur Cosmodrome, cosmonaut Ivan Vagner captured photos of a Progress supply ship blasting off from Kazakhstan some 260 miles below.

Because the Crew Dragon spacecraft used for this mission requires relatively light winds and calm seas, NASA and SpaceX are monitoring seven candidate splashdown sites and will select a primary and backup shortly before undocking.

Hurley and Behnken were launched to the station on May 30 to kick off a long-awaited piloted test of the Crew Dragon, the first launch of U.S. astronauts from U.S. soil since the space shuttle was retired in 2011.

The Crew Dragon carried out a mostly automated rendezvous and docking and since then has been powered down except for periodic health checks. Its upcoming return to Earth will mark NASA’s first ocean splashdown since the Apollo-Soyuz Test Program in 1975.