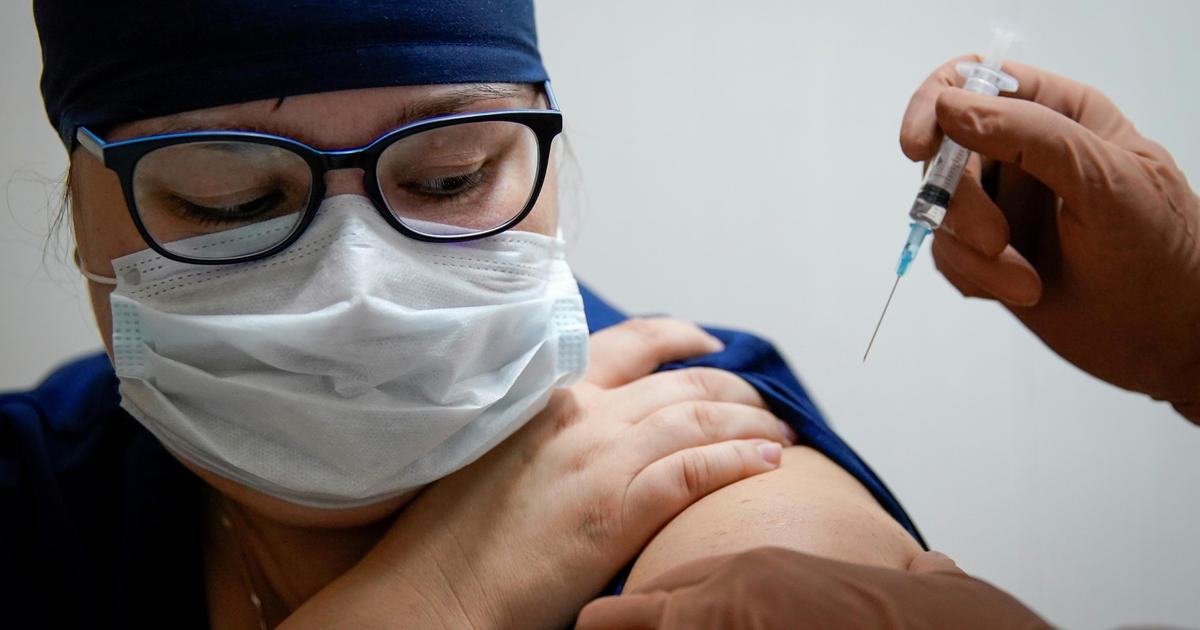 Moscow — At least four Russian health care workers given the country’s first COVID-19 vaccine have contracted the coronavirus, as its developers claim human trials show their formula is 92% effective. The efficacy claim from the government-run lab that developed the vaccine came on the heels of U.S. pharmaceutical giant Pfizer’s announcement of data showing that its vaccine, developed in conjunction with a German company, is 90% effective.

The Russian vaccine was registered as a safe, effective drug by the country’s regulatory body in August with the name Sputnik V, even as it continued undergoing Phase 3 human trials.

Pharmaceutical companies have worked with government agencies in many countries, in unprecedented public-private initiatives, to expedite what is typically a 10-year process to get effective vaccines approved and into circulation.

Many companies, including Pfizer, have begun wide-scale manufacturing even with trials ongoing, for instance, but they have not yet been given permission by any Western nations’ regulatory bodies to administer their vaccines to people not enrolled in clinical trials.

In Russia, however, authorities have been giving Sputnik V to medics and teachers nationwide since the summer, separate and apart from the clinical trials. The head of the lab behind the Sputnik vaccine said this week that as many as 50,000 people — again, not clinical trial participants — have been given the vaccine.

Officials in the Siberian region of Altai reported Tuesday that three of the 42 local medics who received the two-dose Sputnik V vaccine had become infected with the coronavirus after getting their first shot, but they said it was because the drug didn’t have a chance to work, not because it was ineffective.

“The sick doctors’ immunity likely didn’t have time to form by the time they encountered the COVID-19 pathogen,” the region’s health ministry said. “Only that could have caused the doctors’ infection.”

On Thursday, the health ministry in another Siberian region, Kuzbass, said a doctor there who had also received only the first of his two Sputnik V injections had tested positive for COVID-19. The ministry there also blamed the infection on exposure occurring before the drug had a chance to build immunity in the patient, according to Russia’s state news agency RIA Novosti.

A medic at the regional hospital in Tver, Russia, receives a dose of the “Sputnik-V” vaccine against COVID-19, developed by a government lab, on October 12, 2020.

According to the government-run Gamaleya Research Institute of Epidemiology and Microbiology, which developed Sputnik V, full immunity wouldn’t be expected until three weeks after the second dose is administered. The medics in Altai received their first vaccine injection between September 25 and 30, and they fell ill between seven and 10 days after that, before getting the second shot, the Health Ministry said in a statement on Wednesday.

There have been a few cases of confirmed coronavirus infections among the volunteers in the Sputnik vaccine trial. The Gamaleya center has played those reports down, suggesting the infected volunteers received the placebo rather than the actual vaccine.

“The Sputnik V vaccine efficacy amounted to 92%,” the lab said Wednesday on its official Twitter page. It said that efficacy rating was based on results showing roughly 20 people who took part in the trial, among both the vaccine and placebo recipients, had contracted the disease.

[12] The Sputnik V vaccine efficacy amounted to 92% (calculation based on the 20 confirmed COVID-19 cases split between vaccinated individuals and those who received the placebo).

The numbers were released two days after Pfizer announced its own trial data showing more than 90% efficacy for its formula — news seized upon by doctors, epidemiologists and politicians as the most optimistic development to date as the world races for a proven vaccine to turn the tide on the pandemic.

Many doctors and scientists in Russia and globally have been skeptical of the country’s unusual move to register the vaccine for use before completing trials, but Russia’s government has dismissed the criticism, insisting that early trials proved Sputnik V to be safe and effective. President Vladimir Putin said one of his daughters was given the vaccine even before it was officially registered.

As of Thursday, officials said more than 20,000 people had been given a first dose of the vaccine as part of the Phase 3 human trial, and more than 16,000 had received both shots. Eventually, about 40,000 people are expected to take part in the Sputnik trial.

By comparison, the Phase 3 trial for the Pfizer vaccine had seen almost 39,000 people inoculated with both required shots by the time the preliminary trial data was announced earlier this week by the company.

Russia has seen a record number of deaths and new COVID infections in recent days. Authorities have gradually re-imposed restrictions to try to slow the virus’ spread, while promising not to bring back a full national lockdown. Mass vaccination is a key part of the government’s pandemic response plan.

Alexander Gintsburg, director of the Gamaleya National Research Center for Epidemiology and Microbiology, shows bottles of the Sputnik-V vaccine against the coronavirus disease (COVID-19) during an interview with Reuters in Moscow, Russia, September 24, 2020.

The head of the Gamaleya center, Aleksander Gintsburg, said Wednesday that post-registration trials on Sputnik V would be completed around May or June, according to RIA. But he also said the interim results should be enough to allow the start of mass-vaccinations of the Russian population in the coming weeks.

Russia has already registered a second vaccine, and the government says a third one could be approved next month.

Producing vaccine doses has been a slower process than Russia officials anticipated, however.

On Wednesday, Deputy Prime Minister Tatyana Golikova said Russia planned to produce 2 million doses of Sputnik V by the end of the year, and to release up to 6 million doses per month from April 2021.

Pfizer said this week that it expected “to produce globally up to 50 million vaccine doses” this year alone. Britain’s AstraZeneca has also already manufactured millions of doses of its vaccine, which it expects to have data proving the efficacy of within weeks.

Pfizer said it would likely have sufficient Phase 3 trial data to apply to the U.S. Food and Drug Administration for emergency use authorization for its vaccine around the end of this month.