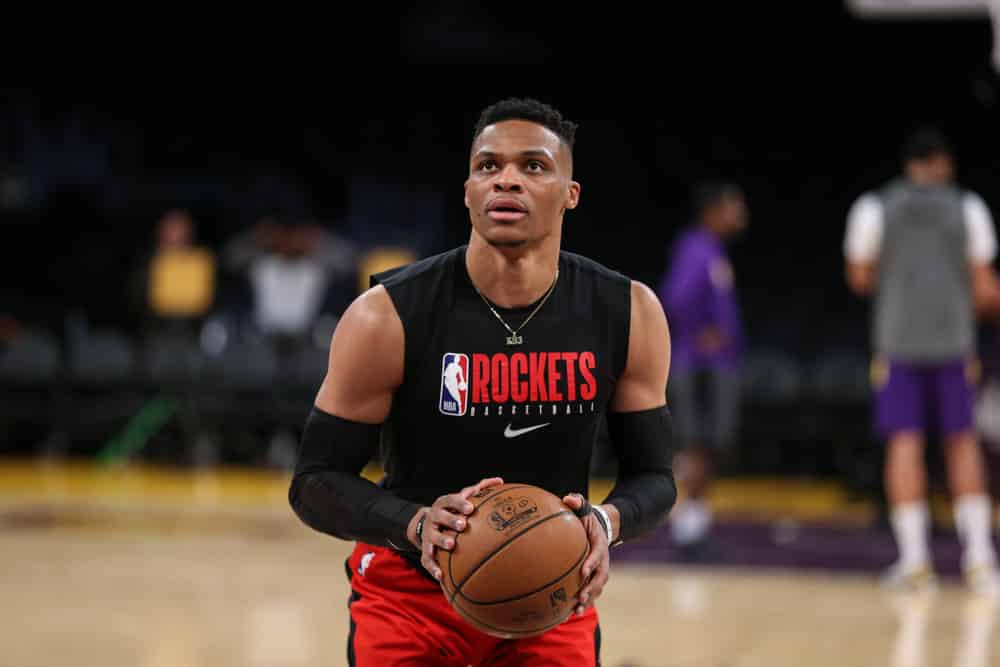 As testing continues for NBA players, we are seeing more and more athletes testing positive for COVID-19. Today, Russell Westbrook of the Houston Rockets announced on Twitter that he has tested positive for coronavirus before departing for the NBA’s hub in Florida.

In his tweet, he said he is feeling well and is currently quarantining. He will rejoin his teammates when he is cleared and also mentioned to take the virus seriously and to wear a mask.

Westbrook was one of three Rockets players who have not reported to Walt Disney World campus, alongside James Harden and Luc Mbah a Moute. It is unclear if Harden and Mbah a Moute’s absence are coronavirus related or not. Head coach Mike D’Antoni said on Sunday he expects the absent players to report within a few days.

Teams are eligible to replace players who contract COVID-19 with a substitute player, but the replaced player would be ineligible to return for the remainder of the season. As it stands, the Rockets have shown no intention of replacing Westbrook and are expected to wait for him to fully recover.

The Rockets have clinched a playoff berth, so Westbrook can miss regular-season time and still be ready to play for the playoffs. NBA playoffs begin August 18th, which should give enough time for Westbrook to recover and become game-ready before playoffs. He may also be able to enter a regular-season game as the season winds down.

Houston’s first scrimmage is set for July 24, with the regular season resuming on July 30. The Rockets’ first game of the NBA restart will be held on July 31 against the Dallas Mavericks.

Per the NBA’s protocol, Westbrook would be tested daily and would be eligible to rejoin the team once he produced two negative tests. He would then be allowed to join the team at Walt Disney World. Upon arrival, he would need to undergo additional testing and an additional two-day self-quarantine.

D’Antoni is scheduled to address the media on Monday after practice and should be able to provide more insight on Westbrook and the Rockets’ current situation.