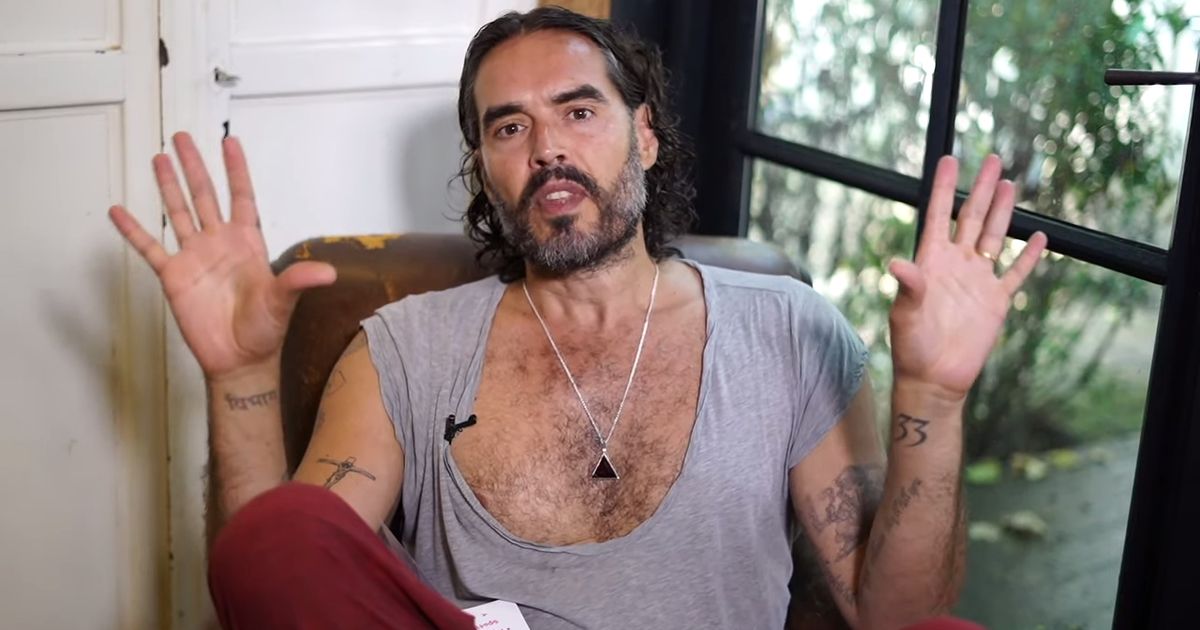 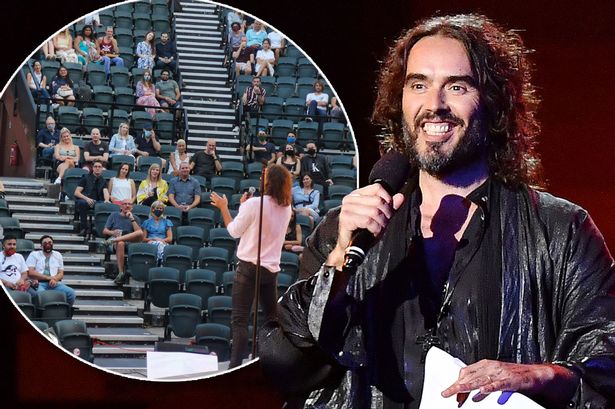 Now according to a report from The Sun, Russell was flouting lockdown rules by getting close to fans, taking selfies with them and even hugging one after the show.

Claims emerged Russell was seen engaging in the behaviour a full 80-minutes after the new ‘Rule of Six’ was brought in on Monday.

This law, which was announced by UK Prime Minister Boris Johnson last week, restricts social gatherings in England both inside and outside to a maximum size of six people. 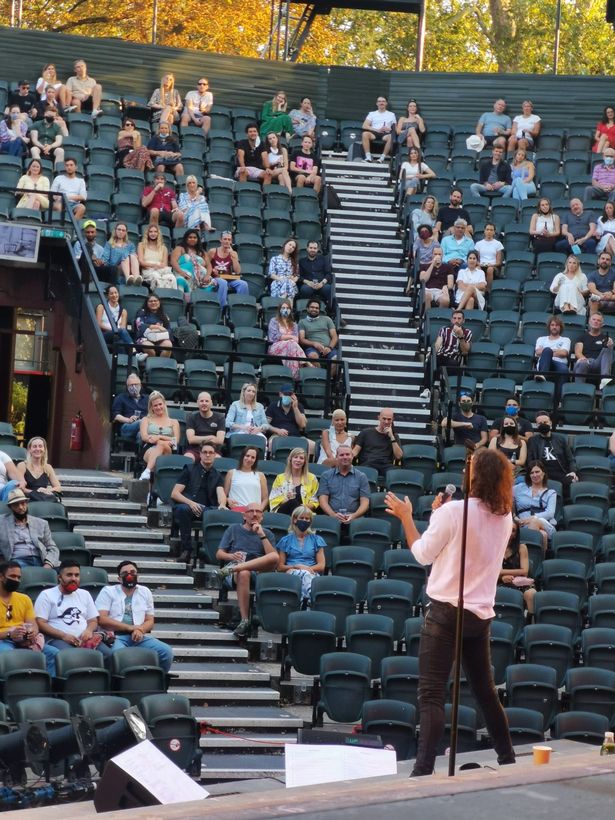 Photos obtained by the paper also showed Russell mingling with fans while not wearing a mask.

It is also reported Russell was asked to stop mingling by a member of his team, with Russell reportedly going on to tell one of audience members: “I’d better go, I’m flouting social distancing rules here”.

Mirror Online has reached out to a representative of Russell Brand for comment. 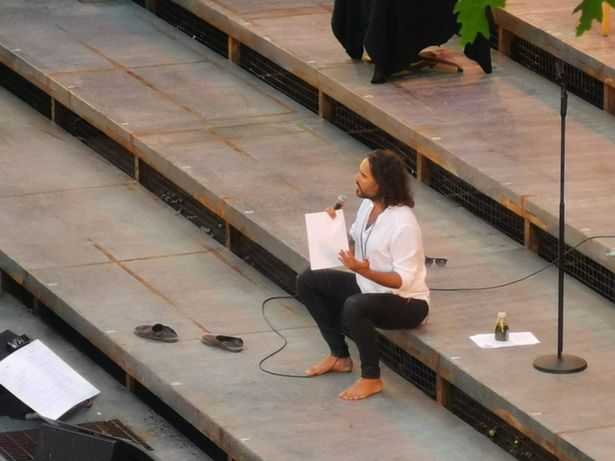 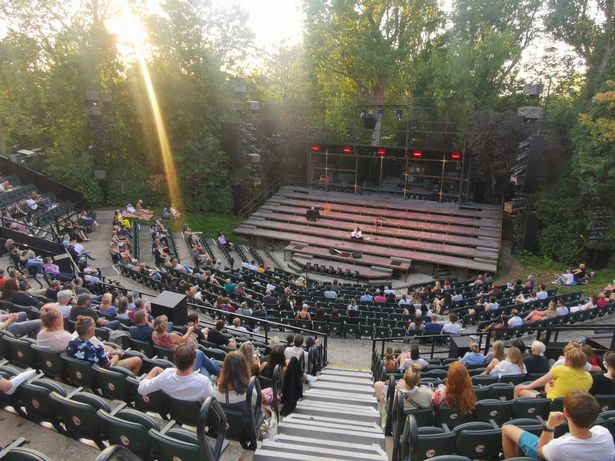 The star tweeted following his set: “What a wonderful night of socially distant, spiritually intimate fun we had.

“Thanks everyone at Regent’s Park @OpenAirTheatre and all of you that came together.”

It comes after Russell’s wife Laura Gallacher opened up about their marriage and love story last month.

Speaking on the Made by Mammas podcast, Laura revealed they reconnected after previously dating years earlier.

She admitted: “I hadn’t seen Russell for years… I came down the steps to the canal and Russell was standing there.

“We both immediately knew it was going to be serious.” 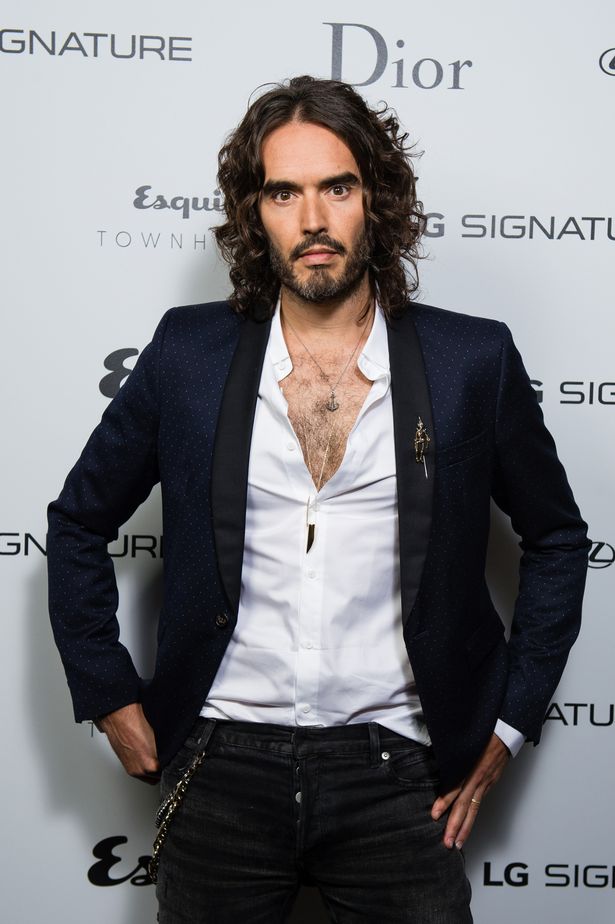 She added that she told Russell: “I think I just want to be a mum.”

She continued: “I never imagined we would be sitting there having this conversation, so much time has passed but I have a deep appreciation and love for this person even though I don’t know this person now. He was so different.” 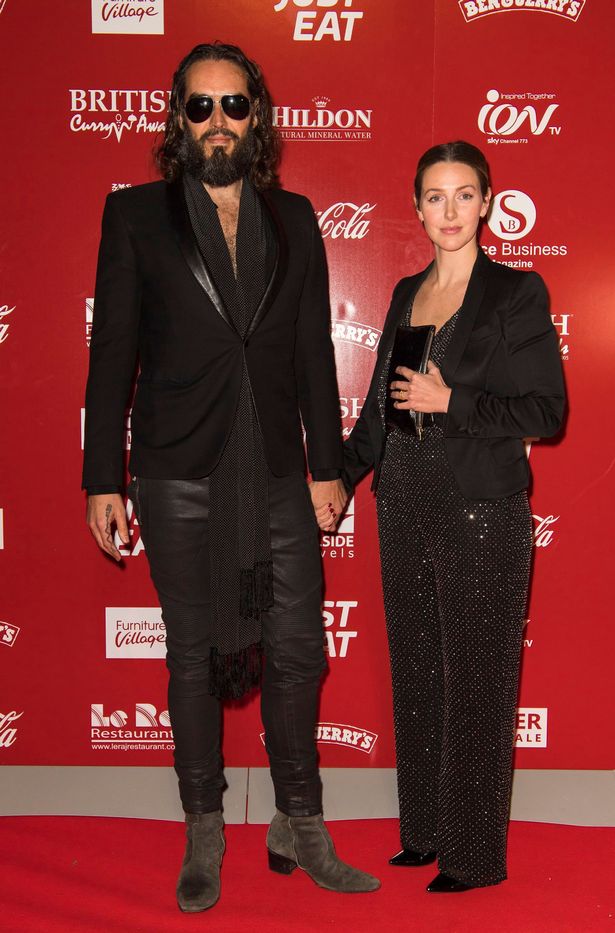 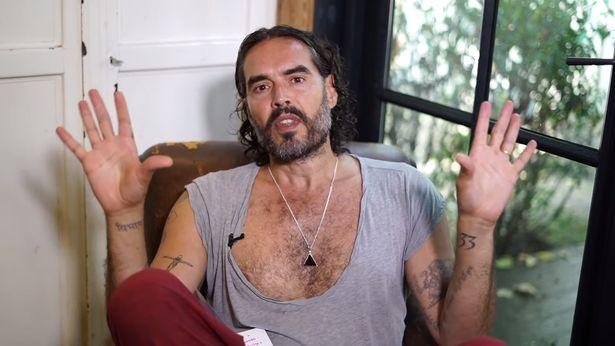 However, Laura teased: “If we’re blessed enough to have another child, then I would absolutely love it.”

Russell was previously married to pop star Katy Perry from 2010 to 2012, who welcomed her own daughter Daisy Dove with partner Orlando Bloom last month.