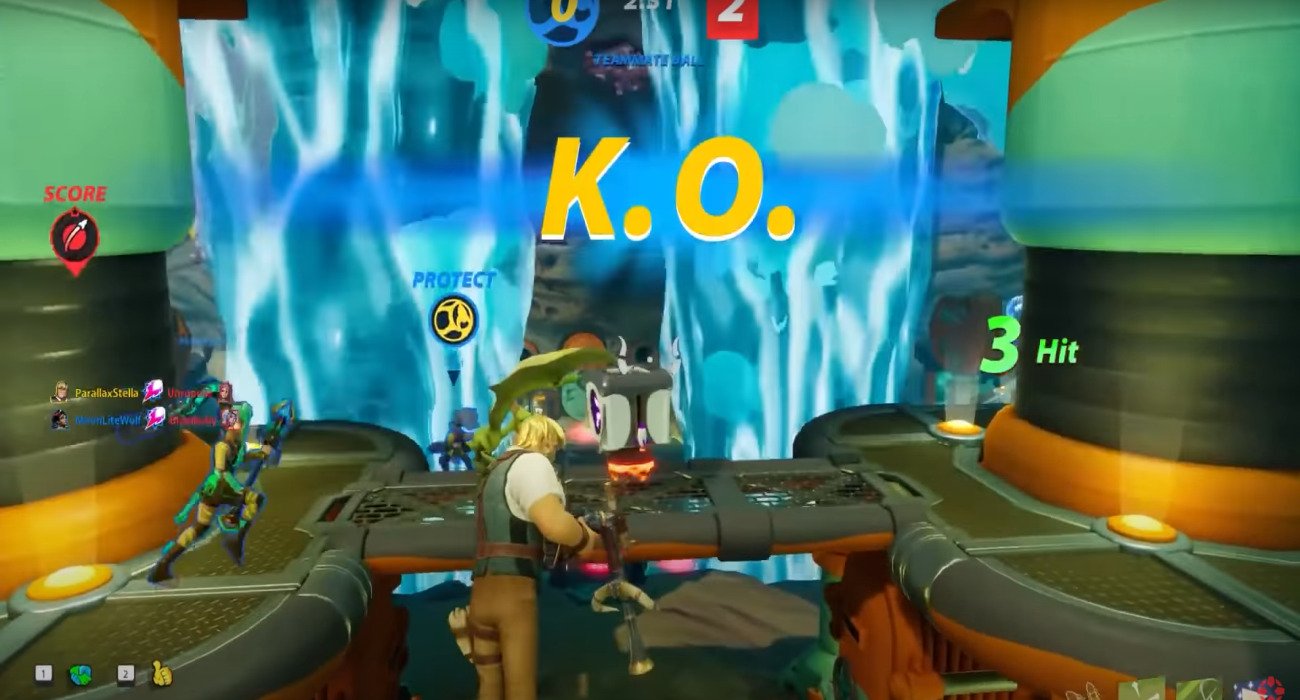 Rocket Arena is a third-person hero shooter developed by Final Strike Games and published by Electronic Arts. There have been quite a few similar games to come out in this space recently, so it has been hard for Rocket Arena to pick up traction like EA hoped it would.

The game is now heavily discounted on Steam and even received a free-play-weekend in the same month it came out. Now, it’s completely free on PC to anyone that has an Amazon Prime account. All gamers have to do is use the Prime Gaming system to claim their free copy.

The product code won’t be free forever. In fact, it expires on November 9th. So if you want to check out this vibrant shooter and see what potential it has, now’s a great time to add it to your PC collection at no cost.

A distinct hook for Rocket Arena is its rocket-themed design. Every character in this game has some sort of special rocket abilities. That gives you a lot of options to find a particular playstyle that suits your personal preferences.

Another unique element that separates Rocket Arena from its competitors is you can’t ever die in this game. The only thing that happens if you take too many hits is you get bounced out of the arena, but you can jump back in after picking your re-entry strategically.

That makes this game a more casual experience. You don’t have to worry too much if things don’t go your way in an intense battle. Simply pick yourself back up, regroup, and get to blasting opponents as soon as you’re ready.

If you like a shooter with a high skill ceiling — but not too much to where you’ll be overwhelmed — then Rocket Arena shines bright here too. There are mechanics you have to master when leading projectiles toward enemies. If you don’t account for distance and speed just right, your attacks will be way off. This design keeps you coming back looking to master each character’s special abilities and resources.

Can Rocket Arena compete with the heavy-hitters in this shooter space now that it’s free on PC for a limited amount of time? That remains to be seen, but you can’t fault this strategy. When a game doesn’t perform up to expectations, free offerings are a great way to garner attention and attract a larger player base — at least for a short period of time. Let’s see if it pays off for the developer and EA.

Read More: Rocket Arena On PC Is Free To Those With An Amazon Prime Account